To showcase its durability, this subfloor went through the iron man of building products While at the International Builders Show in January, we stopped by LP’s booth to check out the company’s much-publicized Legacy premium subfloor. You don’t have to be in LP’s strategy meetings to figure out that this product was created with the goal of taking market share from Huber’s AvanTech.

Only time will tell. But so far they’ve done a lot of things right. The Legacy OSB subfloor carries two aggressive guarantees: a “Covered Until It’s Covered” no-sand warranty, and a limited warranty that’s in effect for the life of the home. LP’s R&D department collaborated with Gorilla Glue to develop waterproof resins that coat and bind each wood strand, resulting in increased moisture resistance. Also, the ends 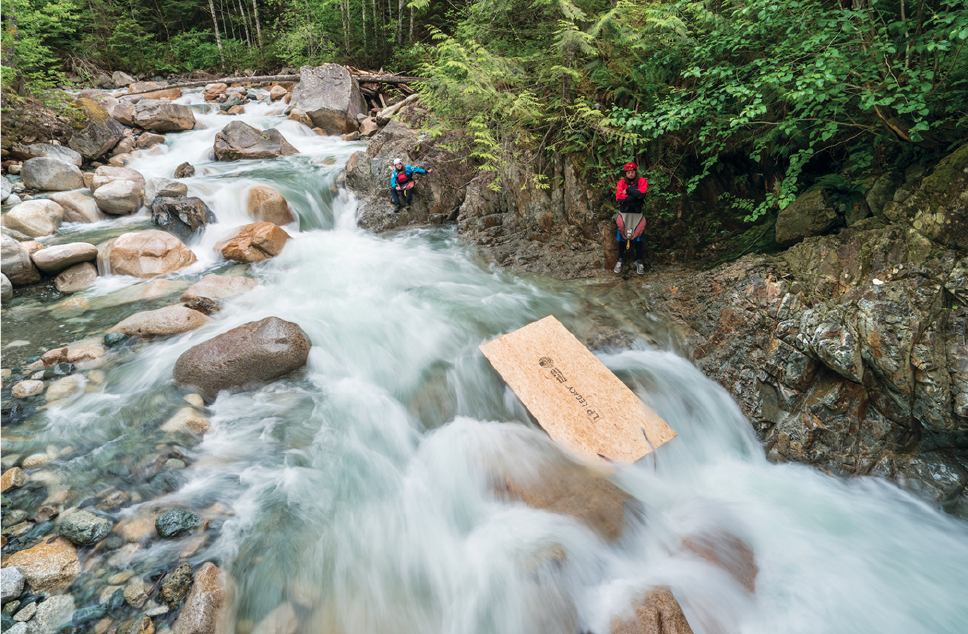 of every panel are notched so that rainwater can drain during construction.

Yet it is the product’s extreme testing regimen that grabbed our attention. Working with an exceptional video crew, the LP team, along with a couple of adventure kayakers, sent a subfloor panel over the edge of a 70-foot waterfall in the Pacific Northwest. They then left the panel in the swirling water overnight. Twenty-four hours later, when the team pulled the board out of the river, the panel showed some expected wear and tear, but no signs of swelling.

The video is very cool and beautiful, accompanied by music that gives it an oddly melancholy feel. “We really wanted a way
to differentiate our product from everything else in the market,” says LP Business Marketing Manager Lorraine Russ in a statement. “What 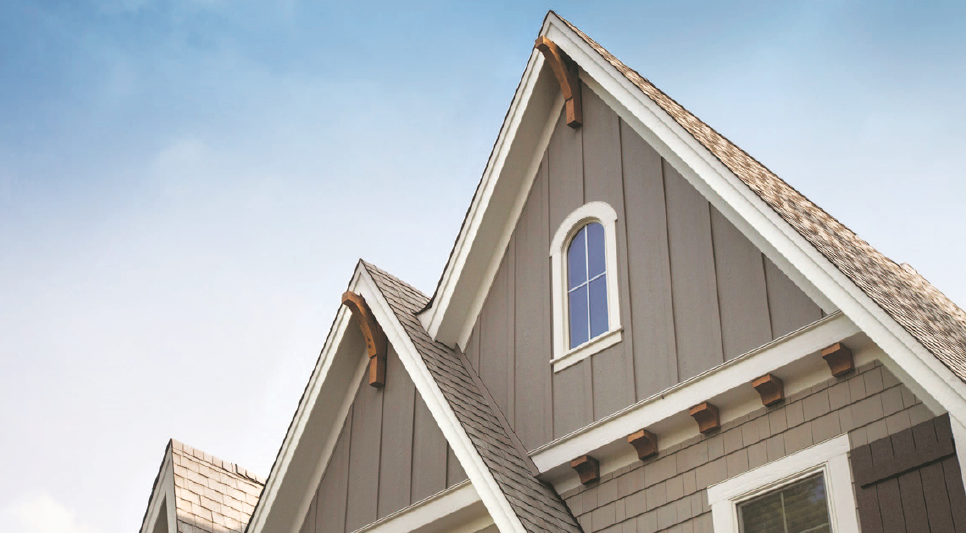 better way to do that than to put the product into some really extreme conditions that go far beyond what you might see on even the harshest jobsite?”

The Legacy subfloor had a soft launch in 2017, and a bigger push is coming this year.

Also new from LP is the company’s 16-foot SmartSide Vertical Siding. “Homeowners don’t want a seam going across their wall,” says Amy Lindholm, a corporate brand manager with LP. “It’s an eyesore. We get that. So we made the 16-foot vertical length.”

The preprimed siding cuts like wood, and unlike fiber-cement, requires no special tools. Check LP’s website for specs and installation instructions.

I an interested in 16 foot vertical siding. I would like to know what is available regarding, color availability, appearance types, installation over O.S.B. sheeting and trim pieces availability, and of course cost matrix.