billboard -
This article first appeared in the May 2018 issue of Pro Remodeler.
Continue Reading

Every remodeling sales presentation is a tug of war. The homeowners are pulling for a price breakdown, partly because they’re wary of being overcharged, but also because they need to 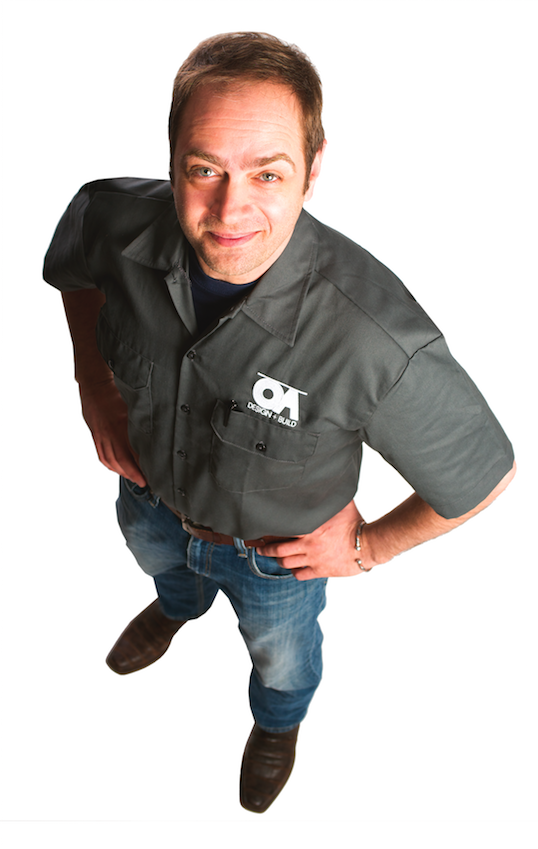 make informed decisions about tradeoffs that affect their budget. The remodeler is pulling in the other direction and wants to reveal only the total cost of the job, partly because it’s easier, but also to avoid questions about markup and profit.

But the dynamics of this timeless struggle are changing, thanks to the leverage homeowners have gained from online research. The information they gather strengthens their resolve to demand more detail and openness—more transparency—around project costs. Some remodelers have adapted by taking a less adversarial approach, as we explored in our October 2017 feature on the subject, but most continue to resist.

In fact, judging from the reader response, one example in that article seemed to embody remodelers’ worst fears: It gives homeowners a detailed price breakdown, including bare subcontractor bids and undisguised overhead and profit figures. In this article, we follow up with examples from Michael Anschel of Otogawa-Anschel Design+Build in Minneapolis who developed the system in response to the changing buying behavior of his customers and uses it every day.

Anschel’s job proposals include three types of line items that most other companies avoid like the plague: bare trade contractor bids, supervisory time, and overhead and profit. Let’s look at how and why each one works.

In addition to itemizing the invoice cost of materials and labor, Anschel also includes subcontractor bids as bare costs without an applied markup. Why? Because it simplifies the conversation. 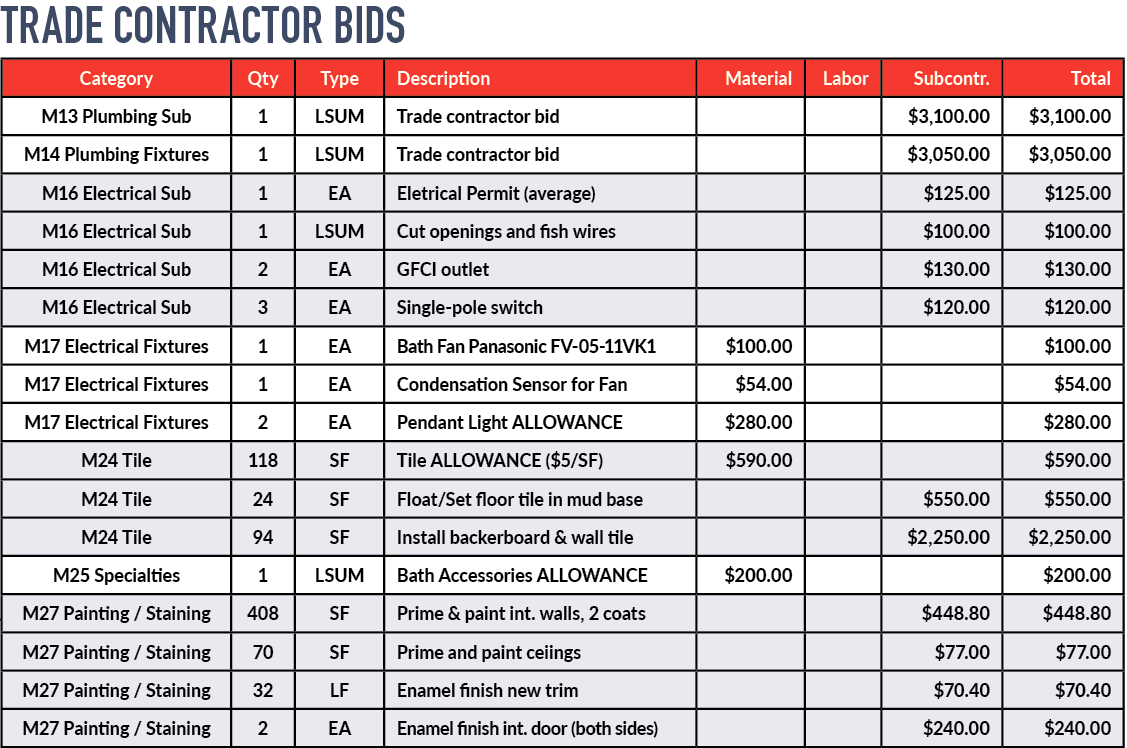 With itemized pricing, subcontractor quotes (for plumbing, in this example) or unit prices for subcontracted work (electrical, tile, and painting, in this example), are listed at cost, which makes them easy to discuss and alter without having to adjust for a baked-in markup. These bare costs also tend to compare more favorably with numbers clients may have obtained online or from friends and relatives.

“Clients rarely question a subcontractor’s price, but they often want to know what’s included,” Anschel says. “Is there a toe-kick heater? Are the lights on dimmers? I can open up my binder in front of them and find the answer. And in that process, I’m never trying to hide the numbers printed on that page.”

Client confidence. There’s another benefit: client confidence. If a client does decide to check up on a trade contractor’s price, the number they get will be closer to a bare bid than a number that includes markup. “And that builds confidence.”

In Anschel’s experience, his clients are relieved by the fact that they can see his subs’ bids. And if they can get a better number, he will consider swapping it out—but he will also explain the advantages to working with trade contractors with whom he has long-standing relationships. (Yes, even with transparency, you still have to sell the job.)

“If I’m an advocate for the client, why not have them sit on my side of the table and review sub bids to make sure they’re getting what they think they’re getting,” Anschel says. “With this system I can do that without ever having to worry about where I tucked my margin.”

What if the clients take something out of the scope or add to it? That still involves some recalculation, but the adjustments are simpler to make than they are when markup is built-in to every line item.

A portion of labor cost on any remodeling job is time spent coordinating with and supervising other people. Most companies treat these tasks as indirect costs that fall “below the line,” and assume they’re covered by their markup. But Anschel disagrees.

“Management costs are direct costs for the job,” he says. “We spend a lot of time managing subs and hand-holding the clients.” 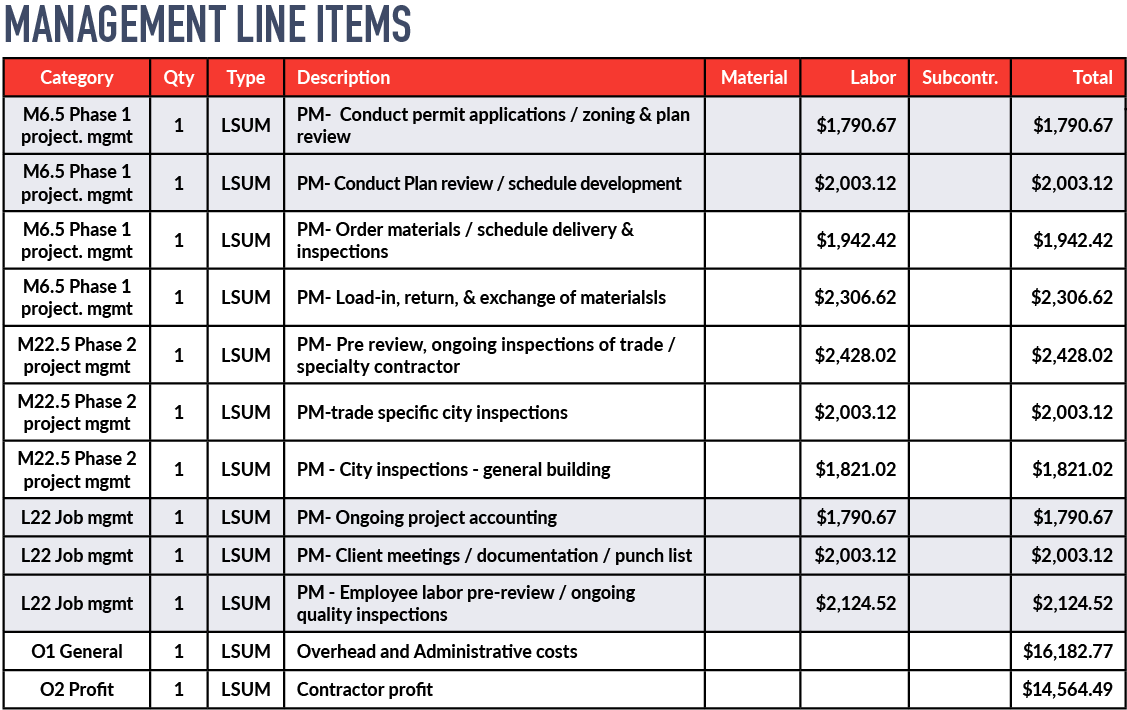 Project management (PM) tasks are listed as direct costs rather than as overhead that is covered by mark-up. This makes for a more accurate estimate, and gives clients a clearer picture of how their budget will be spent. As with subcontractor bids, these numbers can easily be adjusted up or down if the scope of work changes. Overhead and profit are also listed separately and are unaffected by minor changes in other line items. For large up or down adjustments to the scope of work, rather than having to recalculate all line items because they contain a built-in markup, overhead and profit can easily be recalculated in the presence of the client.

In his system he spells out these tasks in a dozen or so line items that fall “above the line,” where they give him a much more accurate idea of the true costs of the project.

For example, most estimators include fees for zoning and permit applications, but time spent to administrate those activities is considered part of overhead. Not so with Anschel’s system, which lists a dollar figure for the time required to prepare and follow up. The same is true for ordering materials, scheduling deliveries, and waiting for inspections, as well as client meetings, job documentation, and trade contractor supervision. The idea is to account for all costs that are specifically related to a particular job.

“No matter how well you plan, someone is going to have to make a few runs to the lumber yard,” says Anschel. “Material has to be unloaded, stacked, and counted, and inevitably some of it will have to be returned to the lumberyard. These aren’t huge costs, but they can add up. And on some jobs—like a third-floor remodel—time spent moving people, tools, and materials up and down can add up fast.”

The last two items on the estimate—overhead and profit— are in plain sight and have to be acknowledged and possibly explained and justified.

Rather than leave those costs to chance (or harbor an unrealistic hope that the crew will avoid them), Anchel lists them directly. It also serves as reminder to the estimator to consider any special circumstances that a given job may require, and, Anschel says, it helps clients understand where some of the total project cost comes from.

Preconstruction services. Two line items provide for costs associated with preconstruction project reviews, one done internally with field carpenters, and one done with subs. “What we learned over time is that if we go through the project with our carpenters early on, we catch lots of things that the project manager might not see,” Anschel says. “The same is true with subs. When we get everybody at the site for a dry run, they see things they would otherwise miss.”

If some management categories aren’t needed, they can be left out; in other cases—managing an HOA or condo association, for example—special categories may be added. “This system really gives the contractor the ability to be more flexible and more fluid,” Anschel says, “and it captures all of the real costs.” Plus, he says, if you don’t make money on the job, you can easily job cost to find out what happened. “The end game for the contractor is improving net, which you can do by being more accurate.”

For a lot of remodelers, however, the elephant is still in the room. While Anschel’s transparent system may provide a more accurate estimate, overhead and profit, the last two line items on the estimate, are out there in plain sight and have to be acknowledged—and possibly explained and justified.

For Anschel, the positives of this situation far outweigh any negatives. As we have seen, with no hidden markup to manipulate, adjusting allowances and trade contractor prices is simpler. But the same is true of other changes.

“Let’s say the client wants his uncle to build and install the cabinets,” Anschel says. “If you pull out something large like that, yes, you need to recalculate the estimate, but because you’re not distributing [overhead and profit] across categories, it’s easy math that you could do in front of the client.” In the case of the cabinets, some PM codes, such as order prep, could be deleted and others could be reduced. “If we assigned 11 hours to manage that process, we might reduce it to 5,” Anschel explains. “Plus, our warranty exposure is reduced because the cabinets are not on our shoulders anymore.”

Anschel believes his breakdown gives him not just more profitable pricing, but a competitive advantage. He knows he’s charging for all of his costs and his competitors are 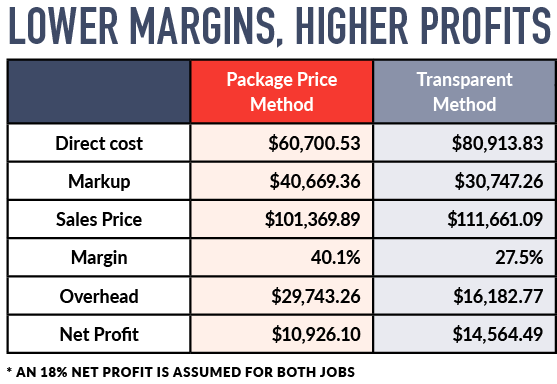 not—that’s always been true. But now he can encourage clients to use his estimate to make comparisons. “Other contractors are going to say they can do it for 30 percent less,” Anschel says, “but when clients compare, they discover that a lot of stuff is missing. And that erodes their confidence.”

Anschel’s system is mostly automated via Clear Estimates software which, after it’s set up, makes it easy to produce the line-item breakdown. And in practice, most of Anschel’s clients don’t pick apart the estimate. “The purpose is not to give this to the client and say, ‘Go through this and analyze it.’” Anschel explains. “Simply having the detail on the table while you’re talking is a huge psychological advantage. It’s not hidden, it’s not a black box.”

For Anschel, transparency is one hallmark of the digital age, and he’s certain that homeowners are going to be exposed to it somehow. “If contractors don’t do this,” he says, “somebody else in their market will.” For him the risk of doing things the way we’ve always done them is greater than the risk of doing things differently and potentially losing a job because he showed his true costs.