Remodeling Pricing: From Opaque to Clear

Today people say “Google it” in response to almost any question that’s asked. It’s so perfunctory a response that it may as well be instinct, and so appropriate a response that you don’t even mind it.

Google search, “How much does it cost to remodel a kitchen?” and the first answer says that the average kitchen remodel runs $21,773. A couple of scrolls down reveals more information: The job should take four to six weeks; custom cabinets are available for as low as $500 per linear foot; and—confusingly—kitchen remodels actually have at least two average prices, the second of which is $20,556. The search results also say you can remodel a 1,000-square-foot home for $18,347. Huh?

Homeowners see those numbers online and, if a remodeler’s estimate exceeds them, all of a sudden suspicions abound: Is the remodeler incompetent? Is the remodeling company price-gouging?

We spoke with four remodelers from around the country and, as they see it, the dilemma is a big blinking arrow pointed at an obvious solution: The need for more transparency. In the following pages, we break down exactly what transparency means to each of them. 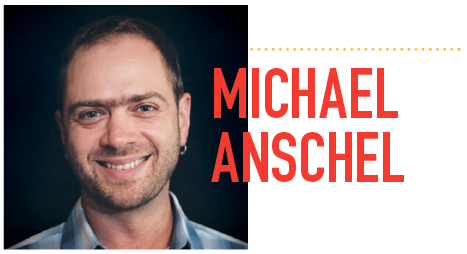 Michael Anschel believes remodelers are “woefully behind the times” when it comes to transparency. It’s something he has a hard time understanding: “What’s curious is that we demand transparency from our vendors, but we’re reluctant to be transparent to our customers,” Anschel says. “We forget that we are customers ourselves and should embrace the things that we would value in our own purchasing experience.”

That’s the underlying basis for his company’s approach to pricing, something he calls PHAT—a comprehensive estimating method emphasizing profit, honesty, accuracy, transparency. It’s decidedly different from what’s standard in the industry. “We don’t mark up any of our subs’ bids, our materials, or our labor,” Anschel says. “We have line items and fees for all of our management tasks and admin tasks broken out across eight to 12 categories.”

From what Anschel describes, the system is a boon for both client and remodeler. First, the line-item methodology eliminates the need to earmark expenses with profit and subcontractor markups because it turns those expenses into individual line items. “With our system, we can pull out the bids from the subs in front of the clients and walk them through each line and they can see where the costs are coming from,” Anschel explains. “We don’t recalculate our fees because the fees are based on project type, general scope, and general budget. So if the client wants to change something in the scope—like add a switch or remove a cabinet or a window—all we have to do is simple arithmetic.” He adds, “Besides, it avoids getting into an uncomfortable situation having to explain why there’s a $7,000 install markup on a $10,000 boiler.”

“We forget that we are customers ourselves and should embrace the things that we would value in our own purchasing experience.”

Second, the system simplifies allowances, which Anschel says, under normal circumstances, should be avoided at all costs. Why? Because they’re land mines. Give an allowance too high and you scare off clients; give one too low and you irritate them when they have to eventually pay more. Anschel’s company has created a Goldilocks zone for itself with its PHAT method. “Since we don’t mark anything up, allowances are less problematic,” he says. “If we allow $5 per square foot for tile and need 124 square feet, and the [client] selects something that’s $8.49 per square foot, then they will owe the difference. Simple as that.”

And third, it’s more profitable—without looking more profitable. Anschel gives the example of a $10,000 bathroom project. Assuming a within-industry-standard markup of 68 percent, the project’s consumer-facing price would be $16,800. Running the same numbers through PHAT, the costs of goods and services increase from $10,000 to $14,000 (because of the added accuracy) and the 68 percent markup is expressed as line items for profit and overhead, priced at 20 percent and 10 percent, respectively. The cost to the client under PHAT ends up being $18,200. However, the profit line item comes out to just $4,200 compared with the harder-to-explain $6,800 markup. 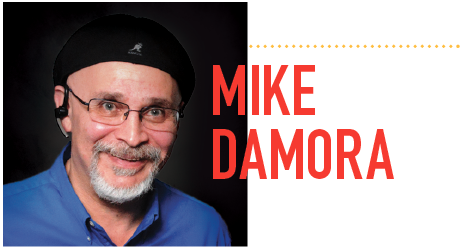 Mike Damora has been in the home improvement business since the mid-’80s, and will say that people have always wanted transparency, “We’re just one of the few industries that doesn’t give it,” he points out.

The advent of the internet changed Damora’s approach to sales. His process is now glass-like in transparency—something he says you couldn’t have sold him on five years ago. “We win jobs because our pricing is so transparent,” he says. “It’s a sales tactic now.”

When Damora is selling a new project, he doesn’t build up to a big price reveal. Instead, he shows the homeowner where he gets his data, such as from electronically measured dimensions, and shares what the products, materials, and labor will cost. He would show them the overhead too, but he says no one’s ever asked.

Still, questions are inevitable, Damora admits, particularly when it comes to explaining the difference between the price of a product and the price of installing that product. He mostly preempts those types of questions by providing application costs up front, but when clients want to know more, he again defers to his open-book policy, explaining in as much detail as requested why something like a full-frame window install costs significantly more than installing a pocket replacement window.

In many cases, though, Damora finds that a look at the bare numbers is enough for clients. “Homeowners want three things,” he says, “They want you to be reliable, they want your input (sometimes), and they want a price. Just give them the data and treat them like intelligent adults, not passengers on a United flight.” 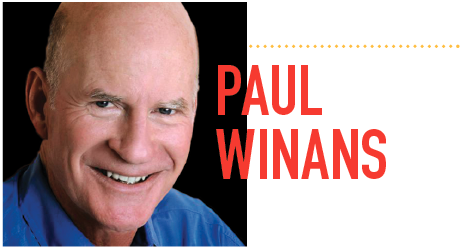 *Number reflects Winans’ design/build business, which he and his wife sold in 2007

After running a remodeling business for three decades, Paul Winans and his wife sold their company, and now he mostly consults. Winans has remained a force in the industry through Remodelers Advantage, an industry organization that helps remodelers grow and improve their businesses.

In handling product price, Winans suggests throwing out allowances, figuring out the general look and feel of what the client wants, and then using placeholder products, with an install price attached. “Once the actual specs are nailed down, verify and change the placeholder specs and adjust the scope, cost, and length of the job as needed,” he says.

But for those clients who are interested in a full price break-down—and Winans admits they are out there—he doesn’t suggest skirting the issue. “We’d lay out our overhead expenses and our expected return as line-by-line percentages of the total cost,” he says, as in this mocked-up price report:

Note: The above report assumes that COGS came to 60 percent

The ultimate goal, however, is not to give the full breakdown, Winans says. It means being a better salesperson and learning how to understand and map what homeowners want. 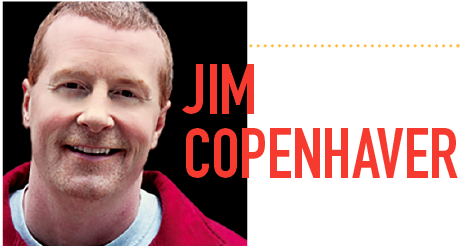 Jim project proposals take so much time to put together that he has to charge for them. Step by step, for each job, he breaks down his crew’s building strategy of what they’ll do, how they’ll do it, when, and why. “It gives clients a better understanding of what it takes to actually do a job,” he says, explaining that it was recently the difference between a client choosing his company over another remodeler, whose estimate came in $7,000 under Copenhaver’s.

As is the case with several remodelers we spoke with, where Copenhaver has seen the most pushback from clients is in pricing aesthetic products—surfaces, furniture, fixtures, etc. It’s the internet effect, he says. There’s nothing easier for clients to do than go online and find that a particular tile or countertop doesn’t cost as much at Lowe’s as it does in their remodeler’s proposal. That’s why Copenhaver put that part of the process back in the hands of his clients. “If they want to pick the tile and have it on site, we’ll just use that tile and charge for the installation,” he says. ”For the dirty stuff, like drywall and plumbing, we’ll supply that and price it out, but for everything else it’s up to them to spend as little or as much as they want.”

This has resulted in Copenhaver circumventing whole volumes of pricing conversations. But it’s not a foolproof strategy. He still gets probed on how he prices labor or an install. “I did a $10,000 bathroom for a guy not long ago and he asked for a breakdown of everything—labor, materials, etc.,” Copenhaver says. “I’ve found that when you start offering up those super-detailed breakdowns, you’re asking for trouble.” And so he asked the client why and got the answer: “Because I want to know where every dollar is going.”

"I can’t really compete with a guy paying his crew cash under the table. But you get what you pay for."

It’s a common response in such situations, Copenhaver says, and one that prompts a frank explanation about overhead and labor burden and how they are folded into the overall bill, and how nit-picking that methodology can cause problems because it’s not exact and those numbers may fluctuate as the project progresses.

Copenhaver certainly keeps track of those expenses, for both himself and his staff. He organizes it all—workflow, overhead, profit, pay schedules, etc.—using Smartsheet software, which he affectionately calls “Excel on steroids.” He just doesn’t share it with clients, who, he says, “never really ask about profit or overhead anyway.”

Of course, some do, and that’s OK because, as far as Copenhaver has noticed, the clients who harangue him about price breakdowns are the same clients who only care about price. He describes them as the type of client who’ll almost always choose the cheapest remodeler, even if they’re skimping on something as important as liability insurance to save on cost. “I can’t really compete with a guy paying his crew cash under the table,” Copenhaver says. “But you get what you pay for. If they flood your bathroom and wreck your home, that remodeler may not even have liability insurance to cover it, and so the damage would be totally on the homeowner.” He tells his clients the same thing. A messaging platform that targets potential clients to prevent leads from slipping through the cracks.