In a nutshell: Architects like to joke that they never stop remodeling their own homes. This held true for President Craig McMahon, who lived in this split-level ranch in Alamo Heights, Texas, for several years while making a number of upgrades along the way, including adding more square footage, another bathroom, extending the home deeper into the property, and redoing the exterior with new materials.

Solutions: “The big deal with a split-level ranch house like this is you have to work with what’s there,” McMahon explains. “You can’t turn it into something it’s not. I didn’t want to build a whole second floor because it would have looked like a house sitting on top of a house.” 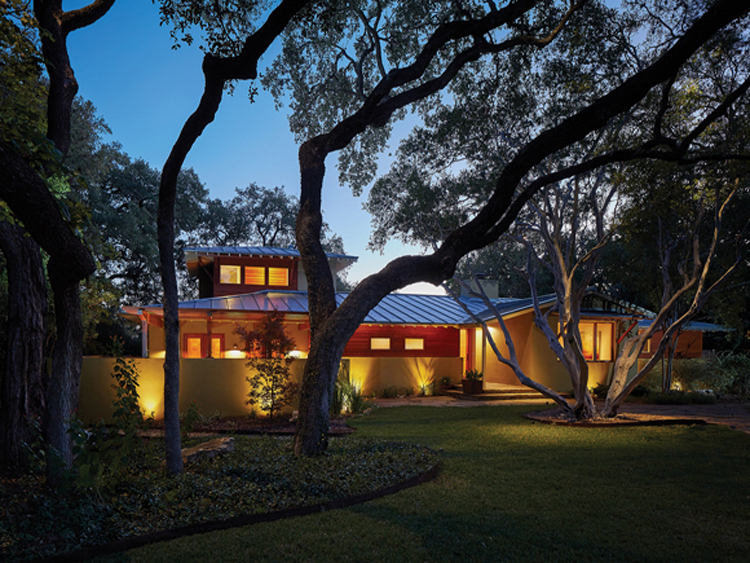 So to create a more spacious feel, McMahon vaulted ceilings and opened up the floor plan. But the biggest expansion came from what he calls the creation of a “tree house”: a second-floor cupola space featuring a single bedroom, bathroom, and closet with perimeter windows that provide glimpses of the property’s mature oak trees, some of which are nearly 300 years old. 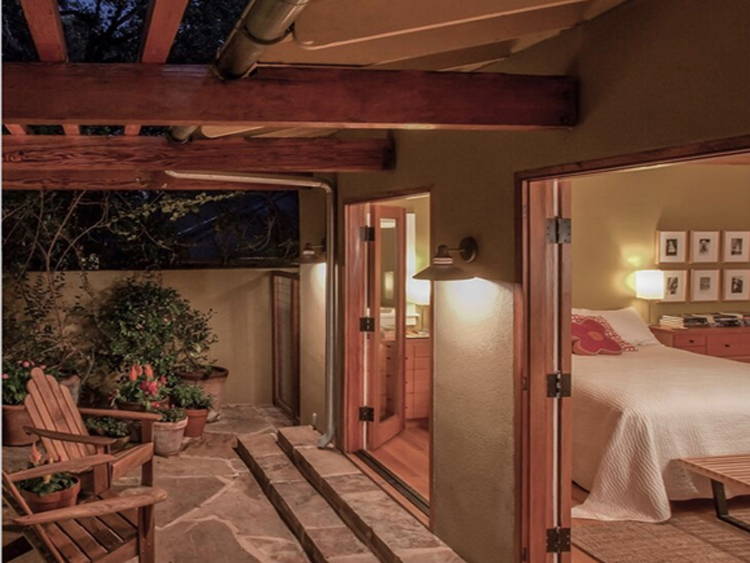 McMahon used Douglas fir beams to build an arbor out from the master bedroom, then paved the patio with irregularly shaped Oklahoma flagstones that he placed himself. A neighbor watching McMahon work asked if he would help with a similar project.

Sweating, McMahon quipped: “I’m not doing this for anyone else.”