An air purification system that knows when it needs a new filter, and tells you

Something we’ve written a lot about over the last 12 months is indoor air quality and smart home technology. They’re both important subjects in home improvement right now, and popular to boot. So when I got to IBS in early January, I was eager to see how 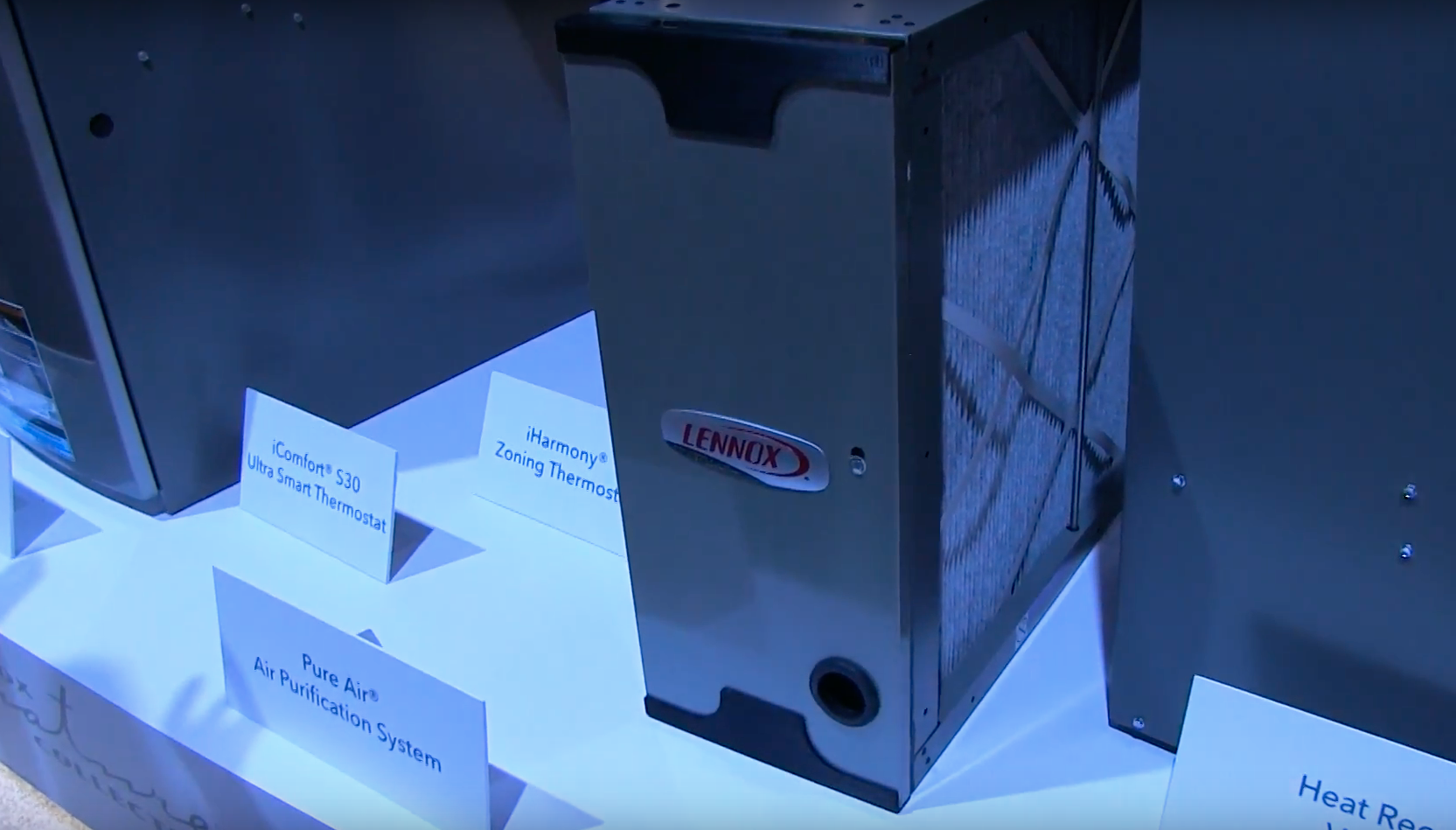 manufacturers were responding. I was not disappointed.

It works as part of a ducted residential AC system, using a MERV 16 filter—which Lennox Indoor Air Quality Product Manager Jennifer Franz described as “hospital-grade”—and a photocatalytic oxidation system. “It uses a UVA light and a proprietary catalyst to remove VOCs, like formaldehyde and acrolein, as well as odors and ozone,” says Franz. “The system produces no ozone.”

As part of an existing duct system, the Pure Air S will install next to the furnace or air handler.

One of the big improvements of the Pure Air S over Lennox’s current air purification system will be its compatibility with the iComfort S30 thermostat------—which, as Franz explained, will be a convenience for not only the homeowner, but also contractors.

“The new Pure Air S is a smart system. It has pressure and UV sensors that tell the owner how much life is left on their air filter,” she says. (Average filter life is  12-months.) “The homeowner will get an alert when the filter is approaching needing replacement, and if the homeowner allows it, those alerts can go directly to the installing contractor, as well.”

Air filter replacement is a no-tool affair, but Franz says that Lennox still recommends a professional do it. Getting those alerts will allow remodelers to proactively reach out to replace the filter.