A cantilever over glass drawers creates a dramatic floating effect in this stone countertop. Here’s how it’s done. A Gold Award-winning project in Pro Remodeler’s 2016 Design Awards, this design by Palo Alto, Calif., remodeling company Harrell Remodeling sought to satisfy the client’s desire to combine a multilevel kitchen and family room into one large entertainment space. The dramatic centerpiece of the design is a kitchen island featuring a set of sliding glass drawers that make the countertop appear to float on air.

The 24-inch-square glass drawers, which are part of Poggenpohl’s +Modo series, are mounted two on each side, creating a support problem for a 48-inch-square overhanging countertop. To learn how it was done, we spoke with site manager Scott Marshall, who did the work. He explains that Poggenpohl makes a ¼-inch metal “truss” that fits between drawers and lends inconspicuous support to the countertop. That left a 24-inch overhang that would have to support a ¾-inch-thick Caesarstone countertop with edging that makes it look 6 inches thick. 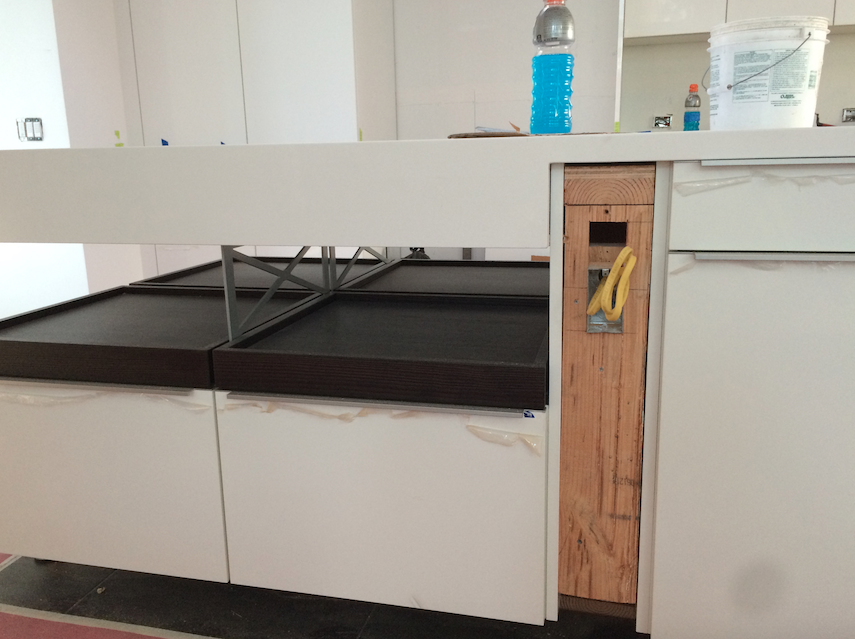 Marshall decided to use plywood and a pony wall to support a wood cantilever framework that in thickness would match the height of the drawers-plus-countertop in the rest of the island.

He started by doubling the 2x12 joists in the floor under the island to accommodate the increased loading. At the point where the cantilever would begin, he built a pony wall the full width of the island and fastened it with lag bolts to the doubled floor joists, then sheathed one side, running the ½-inch plywood into the floor system and fastening it to the doubled joists. 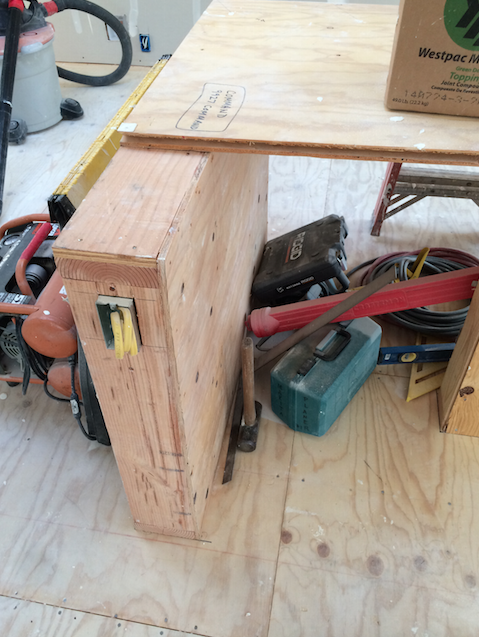 After installing half-height base cabinets to which he would eventually attach the drawer glides, Marshall ripped a 2x6 ledger to width and fastened it along the top of the pony wall. He then used the metal Poggenpohl truss to support a 48-inch-square piece of pre-painted finish plywood that served as a “table” on which he positioned the ripped 2-bys of the cantilever. To prevent uplift, he added five upside-down 2x4 joist hangers, notching the ends so the metal sits flush with the wood. Then he fastened the finish plywood into the ledger and frame from underneath. 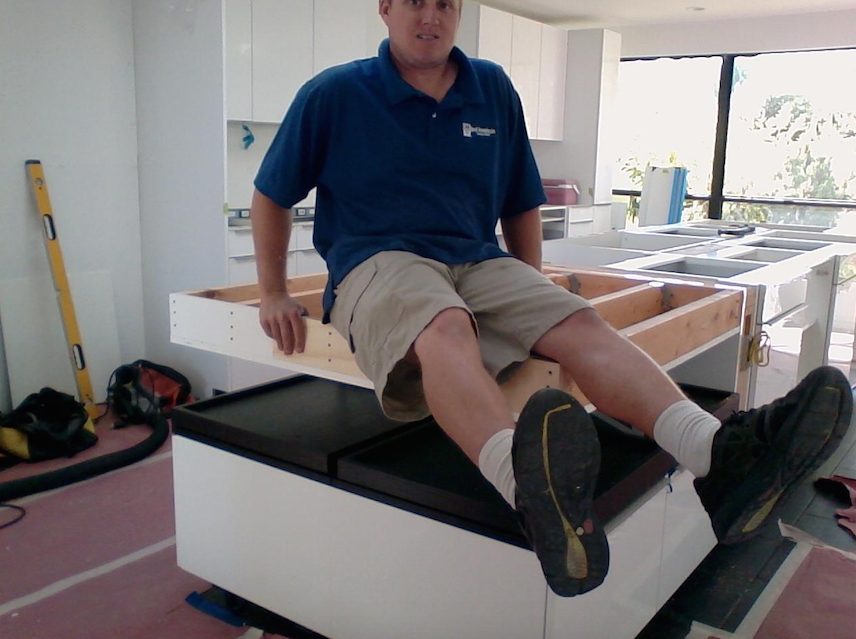 Before the plywood was added, the overhang held Marshall’s weight.  But about three months after project completion, the clients called to say that the counter had sagged enough to lightly scrape the tops of the glass drawers—the original clearance had been about 1/8 inch. Marshall consulted Poggenpohl, which shipped him a ¼-by-1½-inch I-shaped support that fits between the drawers on the very end of the cabinet—it’s the vertical gray piece in the photo of the finished island. The overhang is now rock solid, and the effect is spectacular. 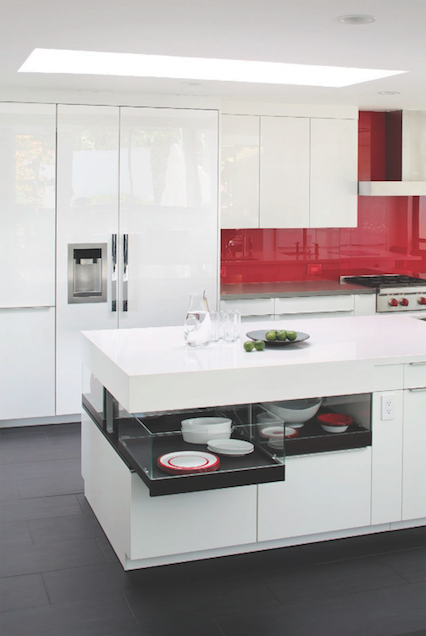 Had they used the Poggenpohl manufactured countertop with the lightweight, interior structural honeycomb the top would not have sagged and the integrity of the cabinetry would not have been compromised. This is why Poggenpohl always recommends using the countertop manufactured at the factory and not locally for this particular concept as they guarantee this will not happen.