While building a business, you're also building a life. Years from now when you look back on both, will the scales be balanced?

My daughter, Emily, is moving to another state to take a new job as a nurse practitioner. To get her license there she needs, of all things, a copy of her undergraduate diploma, which she put into a storage box at my house a dozen years ago. So I spent some time this weekend going through boxes looking for the diploma.
What I found was a trip down memory lane. There were envelopes holding her school portraits from elementary and high school; report cards, award ribbons, and graded assignments with positive teacher’s comments (does anyone save negative teacher comments?); issues of the school newspaper with article mentions highlighted; class notebooks with doodles and scribbles from classmates; and other memorabilia that she obviously thought at one time was worth saving.
Mixed in with all of the “official” paperwork was a pamphlet that caught my eye because it had been laminated. It was a single sheet of paper folded in half to make a four-sided booklet. At the top, under a hand-colored black and red crayon image was the title and byline, “My Dad’s Company, by Emily Alfano,” typed in a large, simple font and traced over in pink, purple, and teal crayon. Type from the backside of the cover telegraphed faintly through the thin paper. 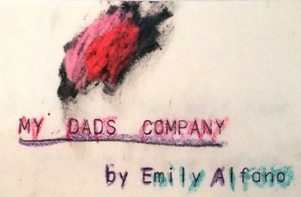 Below it were the following seven Dick and Jane–like sentences that carried over to the inside, one with a missing-word typo:

My Dad has a company. It is called Alpha Design Construction. He gets a lot of phone calls. I hardly ever get to talk to him. I get bored and nothing to do because he talks to clients. Once he talked through two half-hour shows talking to one person the whole time. And when he’s done it’s time to go to bed.

Both Emily and her older brother, Hayden, were born within the first few years after I started my construction business. There’s no date on Emily’s booklet, but judging from the artwork that accompanies it and the fact that it was clearly a school assignment, I’m guessing that she was 6 or 7 years old when she wrote it.
That would place it in the middle of the 1980s post-recession boom; a time when I was having my best year ever. I hadn’t fully transitioned from field to office, and I was overwhelmed trying to do both while managing more than a dozen employees.
When I emailed Emily to ask her permission to mention her in this column, she wrote back: “For the record, you were very good at spending time with us. I think as kids we just didn’t have a whole lot of perspective.” True enough. No matter how much time you spend with your kids, occasionally they will feel neglected. 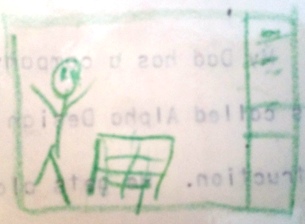 Still, at the time there was no escaping the fact that Emily’s lament was justified. Recalling that period, I remember feeling that my business was running me, not the other way around. I eventually changed that, but everyone in the family would have been better off if I’d made those changes earlier.
Rediscovering this sentiment from Emily’s childhood made me realize how important my attention was to her when she was young, and how fortunate I am that the accumulated effect of that attention over time was enough to offset the occasional inevitable lapses.
Except for a brief (we all hope) period in their teens, kids actually think their parents are cool. If you can’t find enough time for them—or for other important people in your life—because your business is stressing you out, you probably need to make some changes, and soon. Otherwise, some day when you open your version of a time capsule, who knows what you’ll find.
Could I have done better? Absolutely. But 30 years later, I have few regrets.
How many will you have?