Here’s a riddle: What works like a shower, looks like a toilet, has been used in Europe for more than 300 years, and is virtually unknown in the United States? The answer, of course, is the bidet.

The word bidet, pronounced “bih-day,” comes from the French word for “small horse” because of the way one had to straddle the device to wash one’s private parts. The original bidet was introduced in 1710 and included a hand pump that allowed users to spray themselves with water following the elimination process. Today, bidets are considered a standard bathroom item in 80 percent of the world, including Europe, South America, the Middle East, and Asia.

For some reason, however, Americans never seemed to warm up to the bidet. “Americans are seen as ‘clean freaks,’ and many people I talk with while traveling internationally are surprised that we don’t use bidets,” says Monica Miller, designer and sales manager for J.S. Brown & Co., a design/build firm in central Ohio. “It’s a great way to clean yourself. I was recently speaking with a British gentleman who said that when he digs in his garden and gets dog poop on his hands he doesn’t use a paper towel, instead he washes it off. He applied the analogy to the bidet,” she adds.

The truth is, no one really knows precisely why Americans have shunned the bidet. Some say it was our country’s puritanical roots, while others believe it was a backlash against the bidet’s French origins—a culture that’s perceived by many to take fewer showers than is customary in the U.S.

The original bidet was introduced in 1710. But bidets never really caught on in the U.S., until now.

Miller, an NKBA Certified Master Kitchen and Bath Designer and a NARI Certified Remodeler, offers a more practical explanation for why a market for the bidet never really washed in the U.S.: “A lot of people in this country have a separate 3-by-6-foot room that’s used exclusively for the toilet. To include a traditional, stand-alone bidet, you need a room that’s twice that size. Plus you need a separate drain, hot and cold lines, and possibly a vacuum breaker. You’re looking at an additional $2,000 to add a separate basin. It just wasn’t practical.”

However, today, new technology and intuitive design have convinced many U.S. homeowners to invite the bidet into the privacy of their bathrooms, opening up new possibilities for remodelers.

Kohler jumped on the emerging trend in 2011 when it introduced Numi, a beautifully designed, fully integrated toilet combo that includes the toilet bowl, tank, and seat with bidet functionality in one unit. This deluxe seat is controlled by a touchscreen remote and includes a posterior washer and dryer, charcoal-filled air deodorizer, heated seat, foot warmer, and motion-activated lid. Built-in speakers allow you to play a selection from preprogrammed audio, radio, or MP3s. The unit even glows when it senses darkness in the bathroom. In 2013, Kohler added Bluetooth technology; seven ambient-light colors, one for each day of the week; and an SD card for customized playlists or personalized greetings.

“We are seeing a significant increase in popularity for intelligent toilets and bidets,” says Seth Megahan, product manager for Kohler’s Intelligent Toilets and Cleansing Seats division. “When Americans think ‘bidet,’ they see the vitreous, stand-alone bidets that you see in Europe. Now there is a growing awareness of the functionality of fully integrated, self-cleaning, intelligent toilets.”

“The entire sector is growing rapidly, and now people are trying [bidets] and there is a transition in awareness taking place,” Megahan says. 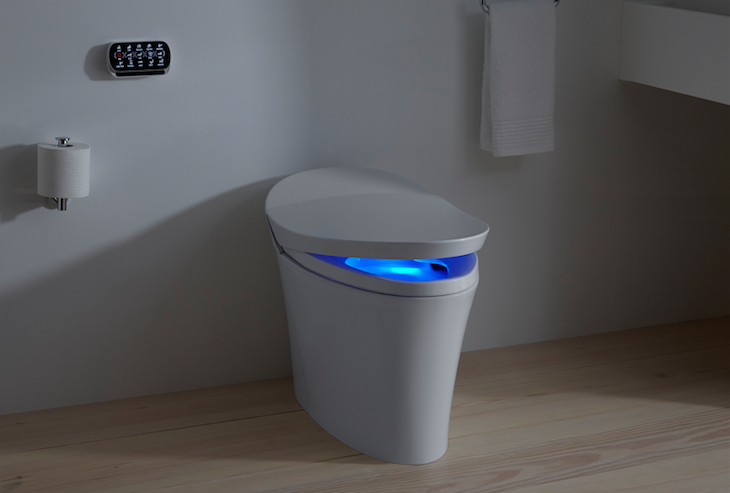 Another bidet product that’s growing in popularity is the electronic bidet seat. Coined the “washlet” by Japanese plumbing manufacturer Toto, these provide the functionality of an integrated bidet toilet combo at a fraction of the cost. The typical bidet seat can range from $350 to $750 in cost. However, the beauty of the bidet seat is that it literally sits on top of your existing toilet seat. These increasingly popular bidet “washlets” only need an electrical outlet to function, and they don’t require a separate hot water hookup because they can heat the bidet water internally.

According to Toto, bidet seat sales in the U.S. have increased by double digits every year for the past five years. “There is definitely a growth in the bidet seat market,” says James Lin, president of Southern California-based BidetKing.com. “We see it especially in the Baby Boomer customer base who may have traveled overseas and were able to experience a bidet,” he adds. “Once they’ve tried one, they’ll never go back.” 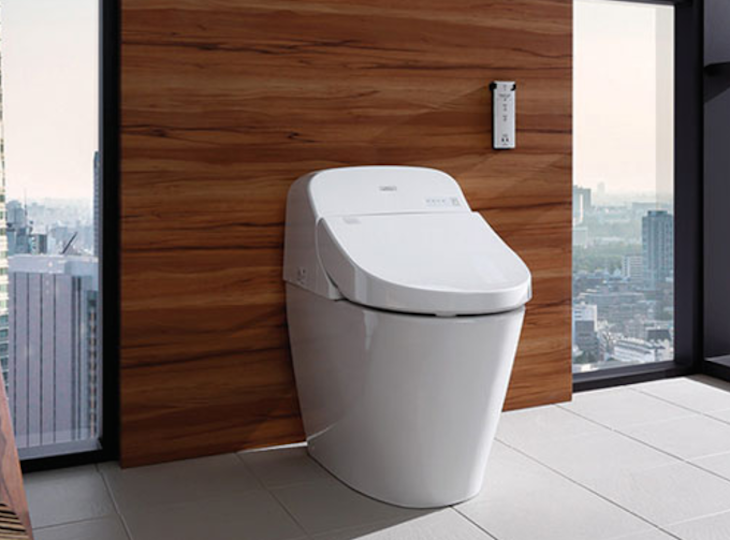 Lin, who owns a wholesale bidet distribution company, introduced his own “Alpha” bidet seat. Sales for the Alpha have increased by more than 20 percent annually since 2009, he says.

J.S. Brown & Co.’s Miller, who works with her clients on all facets of design, including bathroom fixtures, says that the bidet seat will be the next big thing for the remodeling and bathroom design industries. “I think the bidet seat is definitely where you’re going to see the growth in this market,” Miller says. “It’s easy to retrofit, and all you need is an electrical outlet. They’re great. And for men, a remote control with a toilet? They love it.”

In addition, Miller sees the growth in popularity of bidets as just one part of a greater evolution currently underway in the modern bathroom. “I recently attended a seminar on future trends,” she says, “and one of the things emphasized was that technology is coming to the bathroom and all remodelers and designers should make sure they include an electrical outlet near the toilet when remodeling. There are so many products that are now being associated with the toilet—electronic cleaning, water-use monitoring, and electronic bidet seats—that all require an outlet.” 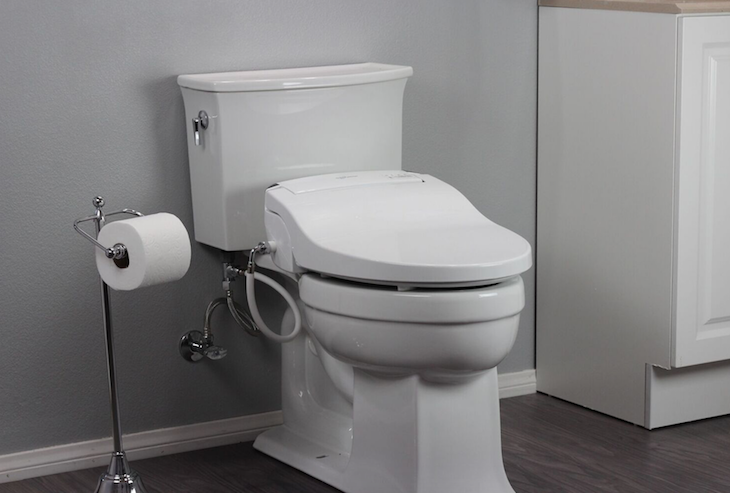 The Alpha was designed to advance bidet use in the U.S. It features a night light, instant warm water, a heated seat, and remote control. Photo: Alpha Bidet

Another reason behind the growing popularity of bidets in the U.S. can be traced to environmental concerns. Roughly 270,000 trees worldwide are flushed into sewer systems or dumped in landfills every day, according to World Watch magazine. Bidet fans say the U.S. could reduce toilet paper use by 75 percent simply by converting to a water-based system. In addition, many health experts point out that bidets provide a more hygienic form of cleansing following defecation. “If you took bacteria cultures after a bowel movement using a bidet versus toilet paper, you would see why it makes much better health sense to use a bidet,” says Philip J. Buffington, M.D., chief medical officer at The Urology Group, in Cincinnati.

Finally, many industry experts anticipate wide acceptance of the bidet among aging Americans. In fact, manufacturers understand that bidets are a product well suited to the elderly and those who lack or have limited mobility. This is clearly an important growth market for the bidet industry, as demographers project that by 2050 the population aged 65 and over will more than double from a current figure of 43.1 million to 83.7 million people. “These toilets will be important for assisting aging people who want to stay in their homes,” Megahan says.