All In the Details In a nutshell: The 1950s house had never really been updated, but rather than taking the space in a wholly contemporary direction, the clients wanted a design that reflects today’s tastes while still honoring the home’s mid-century modern aesthetic. The result: an open, light-filled space filled with beautifully executed geometric simplicity.

Challenges: The house started out as a maze of claustrophobic rooms that “made you feel like you were closed in an 8-foot-high dungeon,” says owner Kenny Wright. “We gutted it out, reframed, and moved rooms around.” 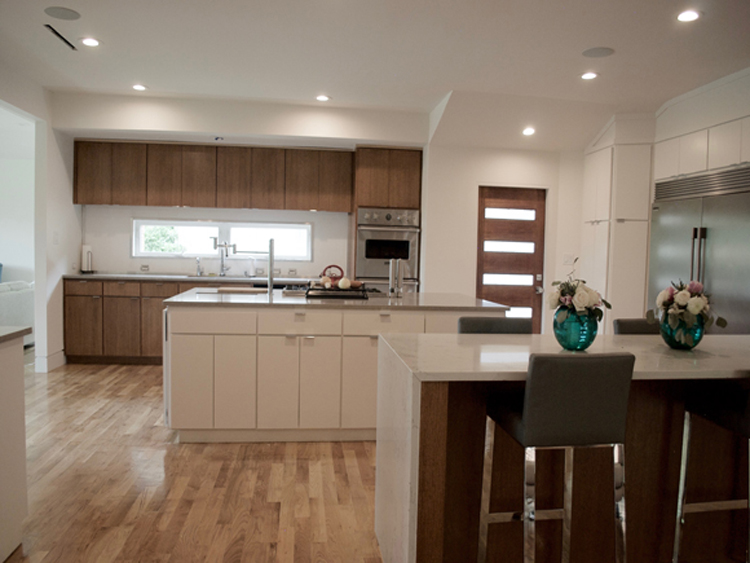 One of the largest challenges was the ceiling. The client had requested more height, but Wright didn’t want to change the roofline, so he raised the ceilings and pitched them following the line of the rafters. This eliminated the attic and meant careful planning was needed to find space for the HVAC system, which was eventually squeezed into the hallway. 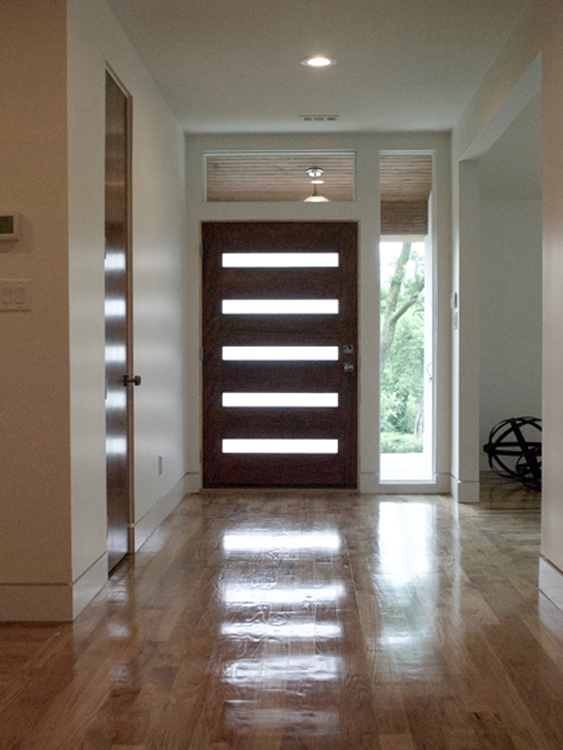 Tips & tricks: The client wanted a minimalist look, so all baseboards are installed flush to the wall, with a small reveal between the top of the trim and the bottom of the drywall. The team cut the drywall on a line 7 inches above the floor, finished the edge with a Z-mold, and installed the baseboard flush to the wall. While the detail is simple enough in a new build, it’s more challenging if the floors aren’t level. In this case, the crew had to scribe the baseboards to accommodate uneven flooring. In keeping with the modernist approach, new doors were installed with no casing. “That trimwork was difficult,” Wright says.