We surveyed hundreds of design-build firms across nine of the country's most active remodeling markets, to finally answer the question: what is competitive pay? Remodelers in San Francisco are expecting to increase pay for field staff by approximately 4.5% over the next 12 months. 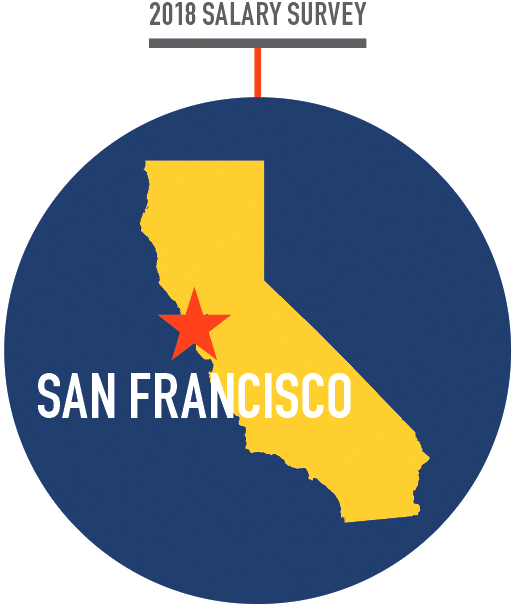 Depending on how the numbers are calculated, San Francisco is either the most or second-most expensive U.S. city in which to live. Remodelers in the study reported average revenues of $4.8 million, the second highest in the nine markets. Average job size was No. 1 at $190K. However, more revenue does not necessarily translate to higher wages for carpenters. It’s challenging for some-one in an expensive city to enter the field making less than $35K and likely not have health insurance.

It’s not surprising, given the cost of living, that San Francisco salaries rank No. 1 or No. 2 in all nine markets we studied. What is surprising, though, is that carpenters and production managers make 13% and 14% less than their New York counterparts, respectively, yet the two cities are similarly expensive. The pay for those jobs, especially newer carpenters, is nowhere near the cost of living.

When it comes to carpenters with less than two years’ experience, San Francisco and Boston are the only markets to provide enough data for statistical accuracy. San Francisco’s average of $34,773 is barely above the city’s minimum wage of $15.00 per hour. Starting in 2019, the minimum wage will be adjusted each year based on increases in the Consumer Price Index.

San Francisco is one of the markets where job-related education makes a significant difference in pay. While only 15% of carpenters took advantage of the opportunity, the percentage increases as employees move up, and 73% of production managers have some sort of certification. 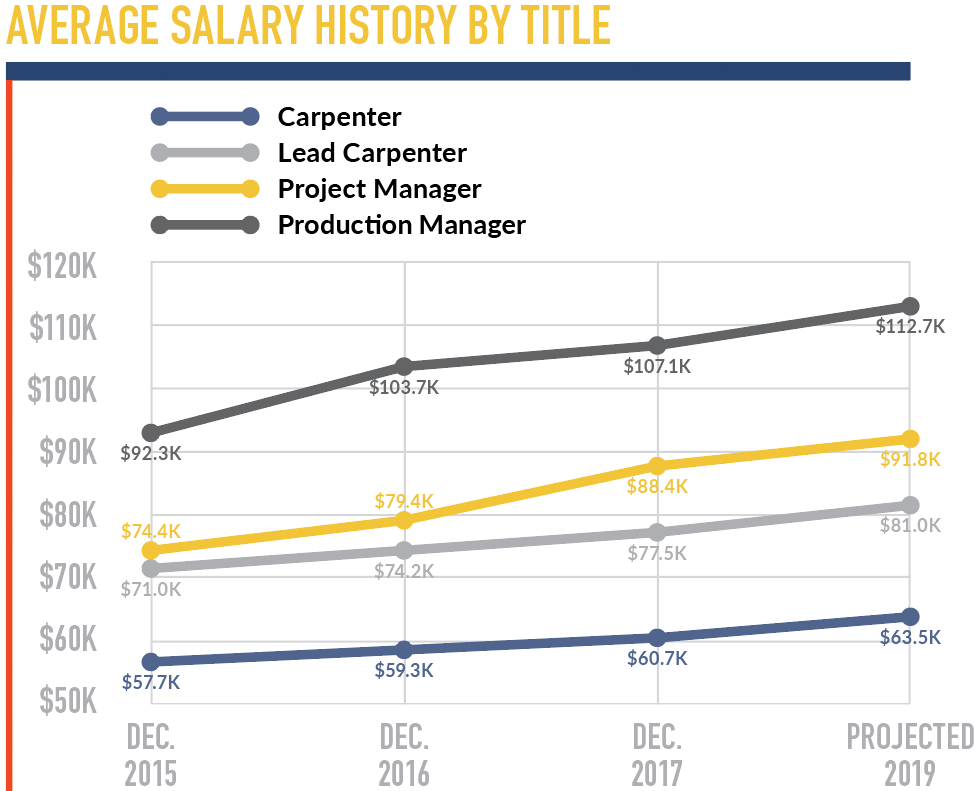 Remodelers in San Francisco are expecting to increase pay for field staff by approximately 4.5% over the next 12 months. Raises of that size will likely outpace general price increases, but even with that adjustment, San Francisco salaries—especially for carpenters—will still lag behind the Cost of Living Index. 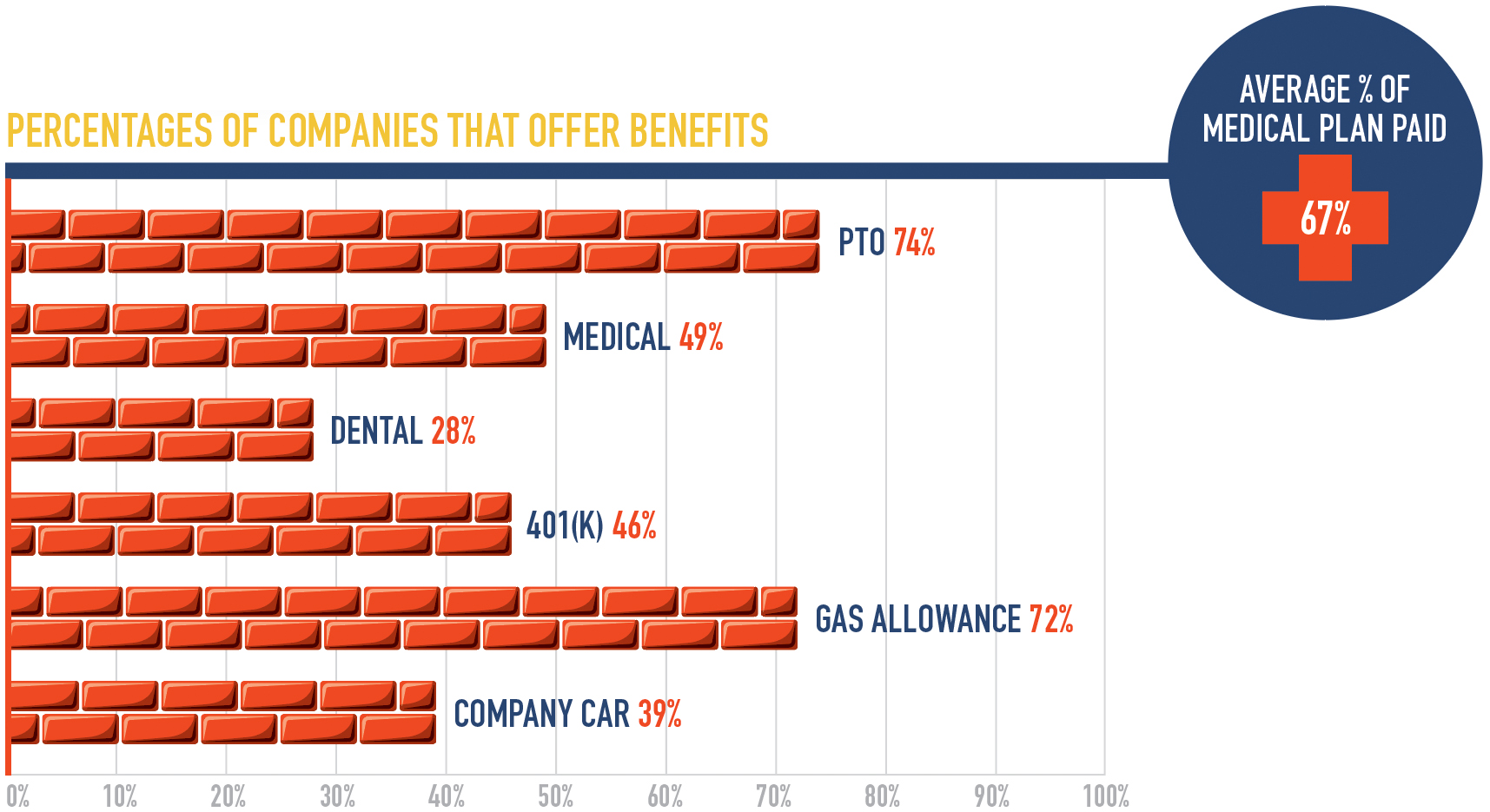 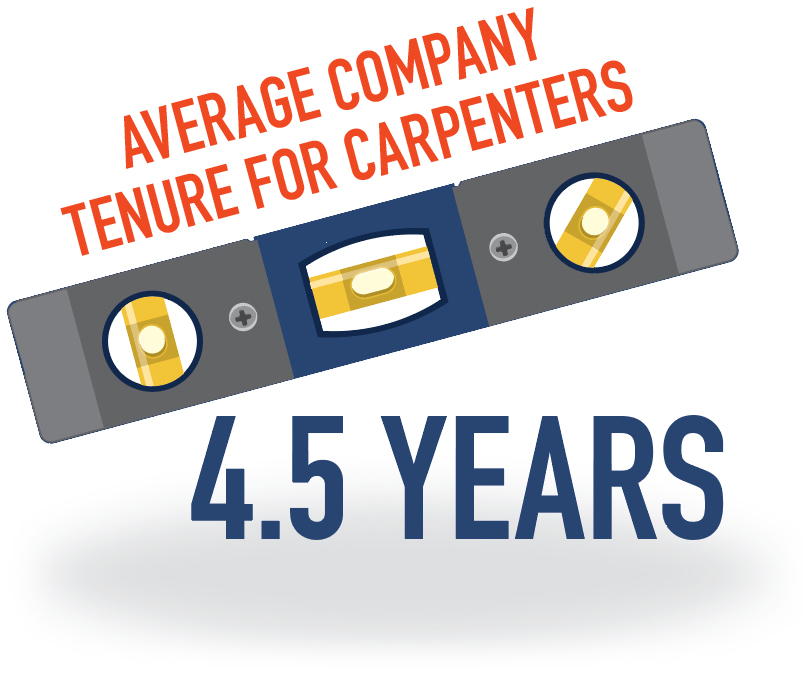 When it comes to companies that offer PTO and health insurance, San Francisco is in the middle of the pack. Businesses in the city are required to provide paid sick leave to all employees, so the 26% that don’t are no doubt located in neighboring communities. Also notable is that when tallying respondents who offer PTO, we counted companies, not employees. In a number of cases, a firm awarded PTO to project and production managers, but not carpenters.