We surveyed hundreds of design-build firms across nine of the country's most active remodeling markets, to finally answer the question: what is competitive pay? Chicago features some of the largest pay differences between employees with specialized job education and those without. 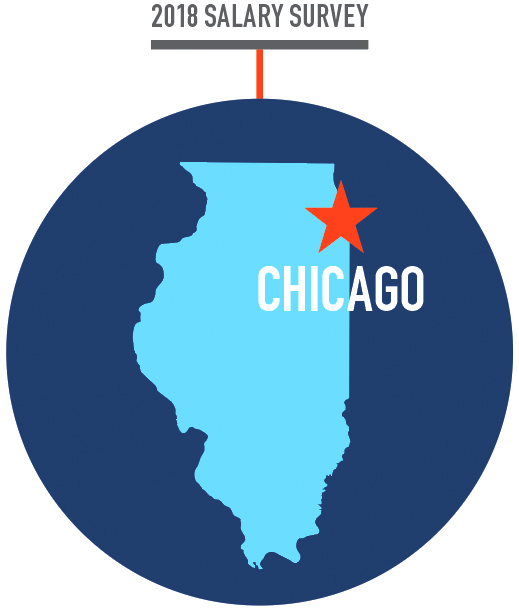 Survey respondents in Chicago reported an average of $2.3 million in remodeling revenue—about mid-pack for the cities we studied. The size of a company had little-to-no effect on pay scale until revenue dipped below $500,000, and even then it wasn’t a perfect indicator. Still, we removed small firms from the data set.

As was the case in other cities, there were very few responses for production staff with less than two years’ experience—a clear illustration of the workforce shortage.

In Chicago, three of the four production jobs we studied align well with cost of living for the area. Production managers lag behind other cities considering expenses in Chicago, yet the difference is only slight. Also notable for pro-duction managers was a small number of outliers on the low side that pulled the average down. Interestingly, lead carpenters out earn project managers.

Our data shows that as experience grows, so do wages ... most of the time. Exceptions exist, and the majority of them lie between staff with 5–10 years and those with more than 10 years’ experience, as is the case with Chicago project and production managers. There’s no discernible difference between the groups, so it may have to do with the economy at the time they were hired.

Chicago features some of the largest pay differences between employees with specialized job education and those without. The types of education ran the gamut from training on lead paint procedures to broader-based certifications from NARI and other industry associations. In subsequent surveys, we will correlate salary data more closely with the type of training. 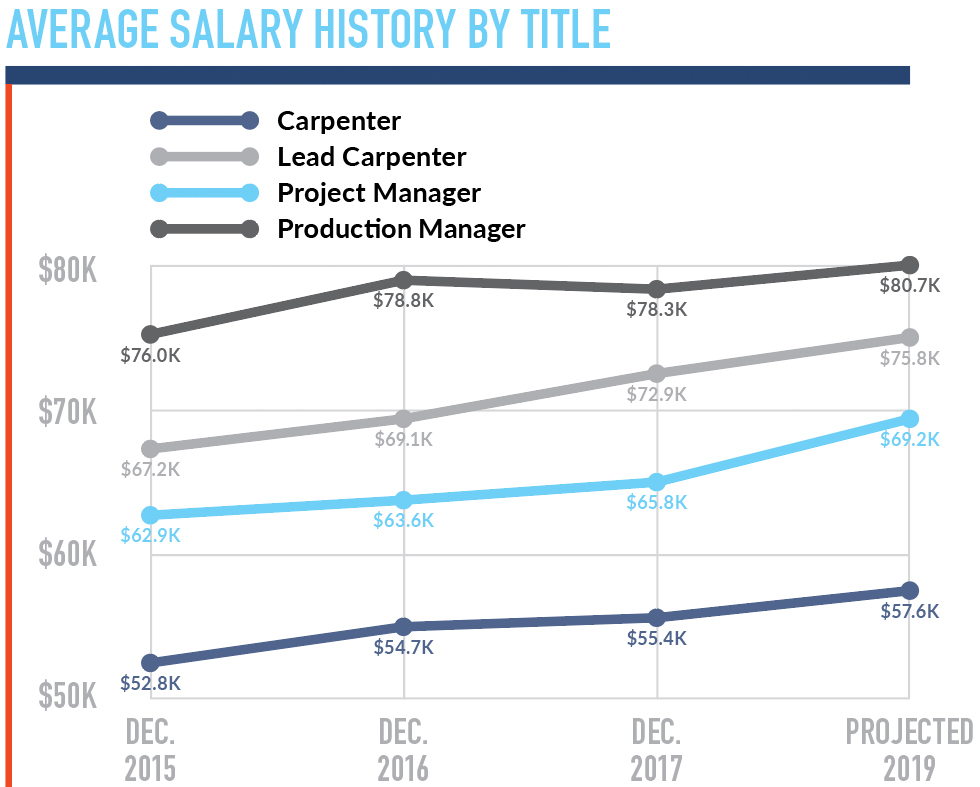 Compensation for project managers is projected to rise more quickly in Chicago than the other positions studied. This is the case in a some of the other cities as well, perhaps due to an especially tight labor market for experienced workers. Although these figures are a result of averages, most respondents stated they expected to raise pay by around 4%. 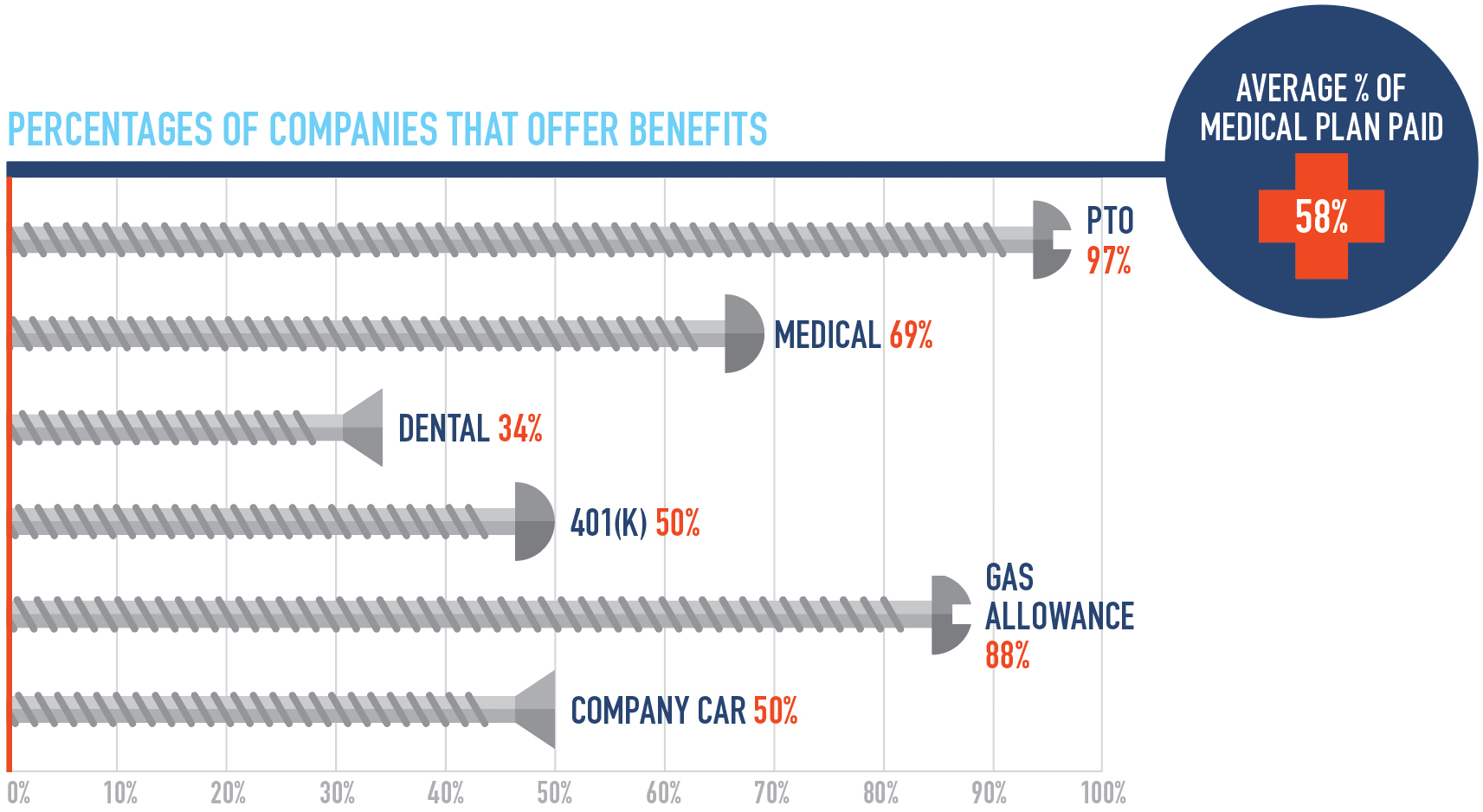 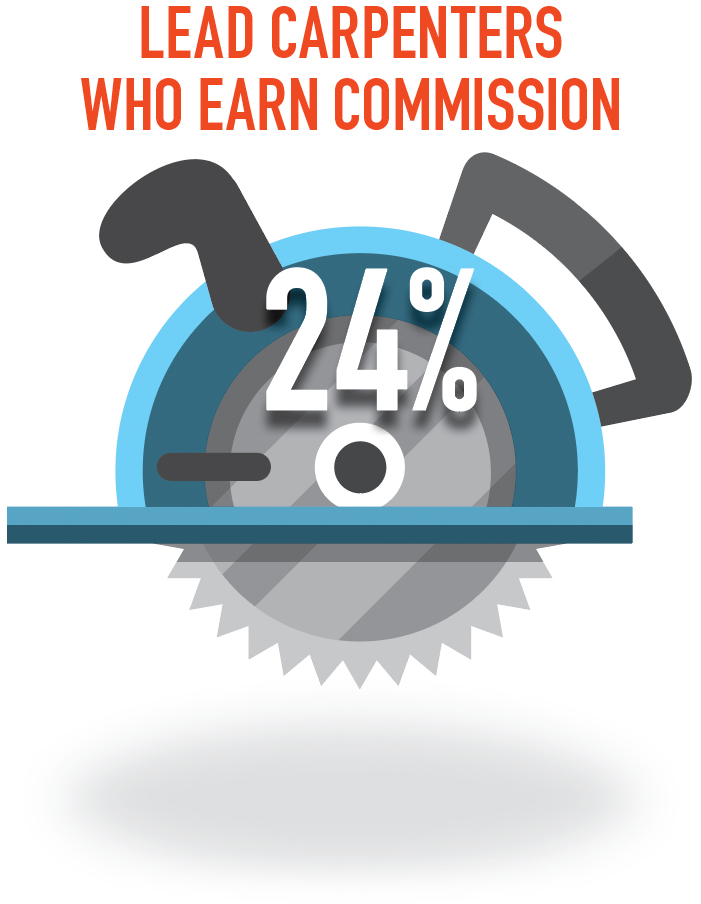 Paid time off has become an expected benefit for most American workers, and Chicago ranks No. 1 in our study for percentage of companies offering PTO. The Windy City also sits with Boston at the top for medical insurance. While only 34% of companies offer dental benefits, that’s still above the state average of 25% for small business, according to Delta Dental.