While it’s not the biggest pressure affecting buildings, stack effect (or “chimney effect,” as it’s sometimes called) is an important consideration in most houses and is a big deal in tall buildings. 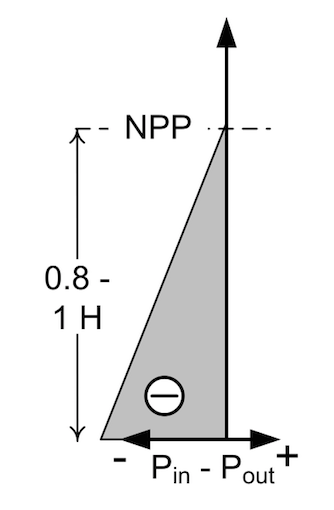 Stack effect creates a comfort problem that feeds on itself. In winter, people in the upper floors are overheated, so they open windows. This relieves pressure at the top, which draws cold air in at the bottom, prompting people on lower floors to turn up their thermostats. The problem can really escalate in some multifamily buildings that have poor insulation and air sealing between floors: The overheated penthouse dwellers open their windows, which freezes the feet of the folks at street level.

Stack effect can also cause moisture damage. Moisture rides on air currents, so in any part of a building that experiences a large flow of air between inside and out, moisture will condense on cold surfaces. You can sometimes see the results on brick buildings—as moist air accumulates in the brick, it can cause staining, efflorescence, and spalling from freeze-thaw cycles. But the problems aren’t confined to brick. Anytime there is pressure pushing moist inside air—or pulling moist outside air—into the wall cavity, you can definitely get condensation leading to mold and rot.

Energy loss is another effect of the stack. Obviously, when you’re heating or cooling inside air, if it escapes, energy is wasted. Again, the problem is cyclical: con-ditioned air escapes, drawing in unconditioned air that requires more energy to heat or cool it. Rinse and repeat. 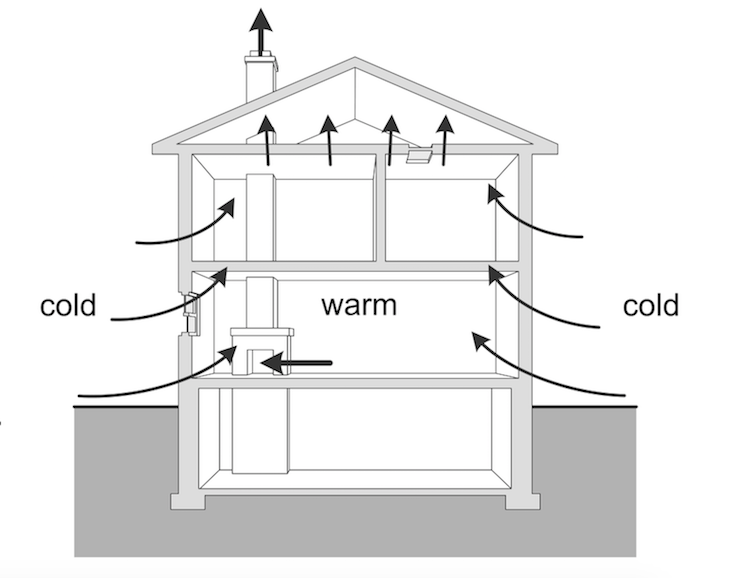 In a heated building (left diagram), warm 68°F air rises, creating positive pressure at the top of a building and negative pressure at the bottom. Warm air escaping to the outside creates an air current that draws cold 14°F air in at the bottom to replace it. The situation is reversed in an air-conditioned building (right diagram), though the temperature differential is typically smaller in summer than in winter. Pressure is equalized at the Neutral Pressure Plane (NPP) in both scenarios, though its location can rise or fall depending on how leaky the building is.

Stacking the Deck in Your Favor in a Remodel

One solution to stack effect problems is to build extremely short buildings. That works (sort of) for ranch houses and ramblers, but it won’t fly in buildings where there’s more “up” than “out.” In fact, if you’ve ever tried to open a standard hinged door on a very tall building, you know that it takes superhuman strength to get it open because suction from the stack effect is so strong. To relieve that pressure, many tall buildings have revolving doors at ground level.

Elevator vestibules accomplish the same thing. Because an elevator shaft is a continuous “chimney” that runs the full height of the building, it’s essential to isolate it from the rest of the building, otherwise the drafts created could create strong air currents around the elevator doors.

Stopping the stack effect in houses. In a house, stack effect pressures aren’t as high as in taller buildings, but they still cause uncomfortable drafts, moisture movement, and energy loss. As in all buildings, positive or negative pressure is highest at the top and at the bottom, so make sure the ceiling plane is tight. That means sealing all holes for can lights, connections between floors through dropped soffits and tray ceilings, and other pathways for air movement. At the bottom of the building, the biggest leaks are in the rim joist assembly because so many components are fastened together there. If all parts of the air barrier system aren’t correctly detailed, you’ll get fairly significant air leakage at the rim joist.

This article was adapted from “Seven Minutes of B.S.,” a building science podcast series at ProTradeCraft.com.

A Force for Good 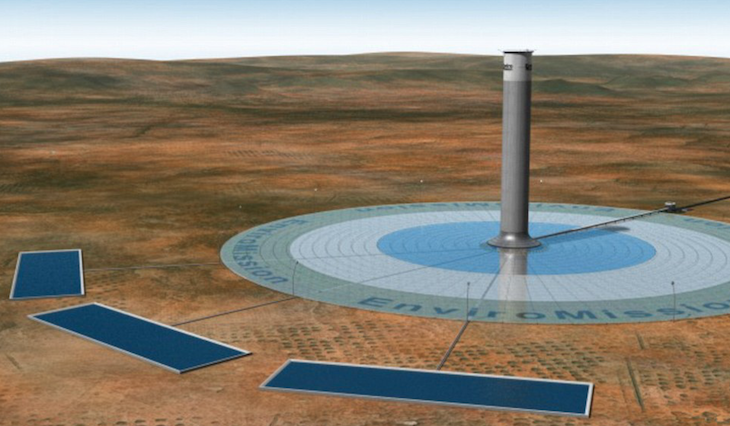 One of the niftiest applications using the stack effect is a solar chimney. Basically, a wind generator is placed inside a really tall tower that’s surrounded by a huge solar collector on the ground. The solar energy heats the air in the tower, which, because of the height of the chimney and the temperature difference, creates stack-effect pressures. This creates enough airflow to turn the generator turbine and produce energy. Estimates are that one of these solar chimneys can power 100,000 houses.