Surviving in a Niche

How one engineer found an empty niche and not only filled it, but grew it Creative Home Engineering builds its doors with an array of sophisticated security technology, from reinforced slabs to thumbprint scanners.

Creative Home Engineering is like something born from a scene in a movie. The company makes, installs, and ships secret doors—really nice ones.

“I was renting a house with some rooms that we weren’t using,” says Steve Humble, company president. “I thought it would be fun to have a secret door like I had seen in the movies, but when I did a little research I was surprised to learn that there was no company anywhere that specialized in hidden passageways.”

A short time later Humble quit his job in the medical device industry and began building motorized secret passageways for people out of his dad’s garage. Today CHE has 15 employees—including a lead designer, master carpenter, and fabrication foreman. The company’s ​secret ​doors are made in a factory outside Phoenix and shipped all over the country. Early on, Humble’s team handled most of the installation, but these days, they‘ll install maybe 30 doors and ship 300 each year.

It hasn’t been an easy road. CHE wasn’t an instant-success story, which is often the case when you’re an entrepreneur. But through consistency and persistence, Humble was able to create a space where his business can thrive.

When you’re starting a business in a niche, especially one as niche-y as secret doors, you can’t be too selective with the clientele. Early on, Humble envisioned his business rooted in security—his impenetrable doors creating impossible-to-find barriers between burglars and whatever homeowners considered valuable, from family members to heirlooms. The reality was different. His first clients wanted wacky entrances to kids’ playrooms. “The  high-security clients weren’t going to take a big risk and trust their very lives to a new company with not a lot of 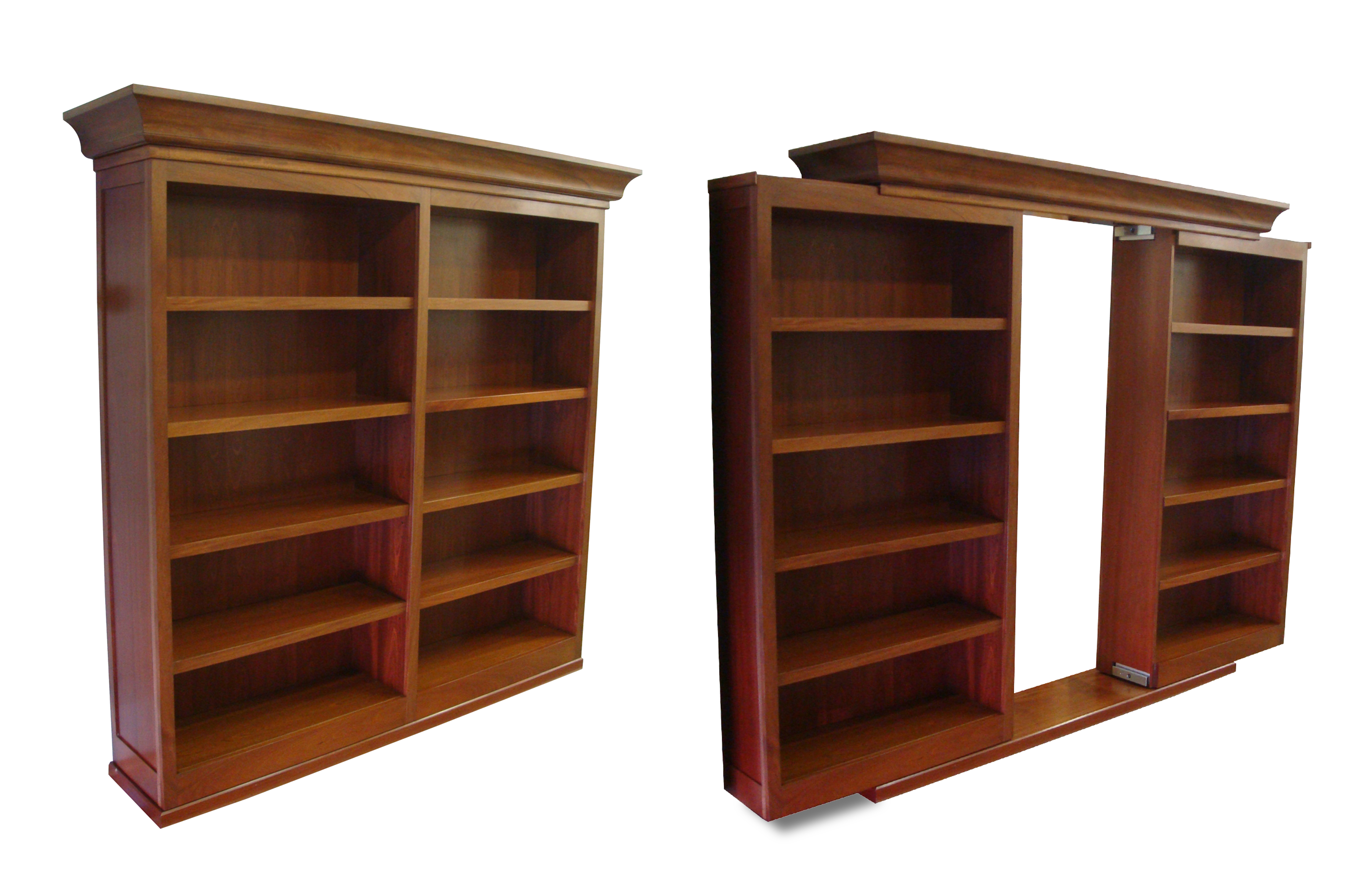 This fully automated sliding bookcase is equipped with an electromagnetic locking system. Like all CHE creations, concealment is paramount, and so gaps around the doors are kept under 3/32”, and the shelves are load bearing and built to full depth.

Where Humble went right was in refusing to sacrifice security-grade quality for a more convenient, mass-producible product—which is doubly important when you consider that consumers tend to value product quality in a brand over any other attribute, according to a survey from small business resource SCORE.

CHE doesn’t recycle old designs or rely on easy options. “It’s simple to put a bookshelf on a piano hinge, but it’s not going to fool an intruder,” he says.

Instead, each door is uniquely engineered to fit the space and needs of the client, while remaining invisible (and some even impenetrable) to invaders.

“We’re constantly trying out new things, figuring out what works,” Humble says. And that incessant theorizing and workshopping has proved crucial to CHE’s success.

When a homeowner buys a CHE door, it immediately becomes a talking point for them. “It’s one of a kind,” they can say. Humble explains that there’s no better way to sell one of his secret doors than to have a potential client see it in action; in fact, he has at least one anecdote where a secret door was the difference between a house selling and staying on the market.

Word of CHE’s work passed from person to person until he landed his first high-security client, and then his next, and next, until the company effectively cornered a market barely anyone believed could even exist. “We’ve firmly established ourselves as the world leaders in making secret doors.”

Letting the Market Come to You

That’s not to say CHE doesn’t market. It does, just not all that much, Humble admits. “We don’t spend a ton on marketing, but we get a ton of free press,” he says. CHE has been mentioned in The New York Times, Forbes, Business Insider, Hollywood Reporter, and in fact, it was a video posted on Facebook by GQ that first drew our attention to the company. Not every bit of press has translated to business for CHE. A person who watches a viral video online doesn’t necessarily equate to a serious customer, Humble says. But doing business in such a unique space gives CHE the advantage of being inherently interesting.

Still, CHE’s most effective marketing tool is word of mouth. “Our best customers are usually referrals,” Humble says. “Secret doors are interesting, and so the press coverage will turn heads. But that doesn’t always mean business. When we build an incredible secret door and the person who gets it shows it to their friend, they may want one of their own, and then contact us.”

For Humble, what it always boils down to is quality and consistency, never relenting on the standards he started with. And after being in business for 13 years, CHE is still growing. “2017 was our best year ever.”