In 2016, Windows for a Cause raised $15,000 to provide a custom, stand-up wheelchair for disabled military veteran John Green. In 2017, the event raised $20,000 to send 4-year-old Delilah Presley and her family to Disney World for a week. This year's saw another increase in raised funds.

Wisconsin-based home improvement company Tundraland, known for its well-conceived, community-involving marketing efforts––always with a philanthropic tilt––has done something very Tundraland: set a Guinness World Records record while raising money to fulfill a sick child’s wish (and in the meantime increasing brand awareness and further defining its culture as less company and more community). So how did it happen?

The record––Largest display of painted windows––was set during the company’s third annual Windows for a Cause: a free, open-to-the-public event held in Appleton, Wisc., in which several local artists, influencers, and residents are invited to turn discarded windows into artworks. It involves two eight-hour 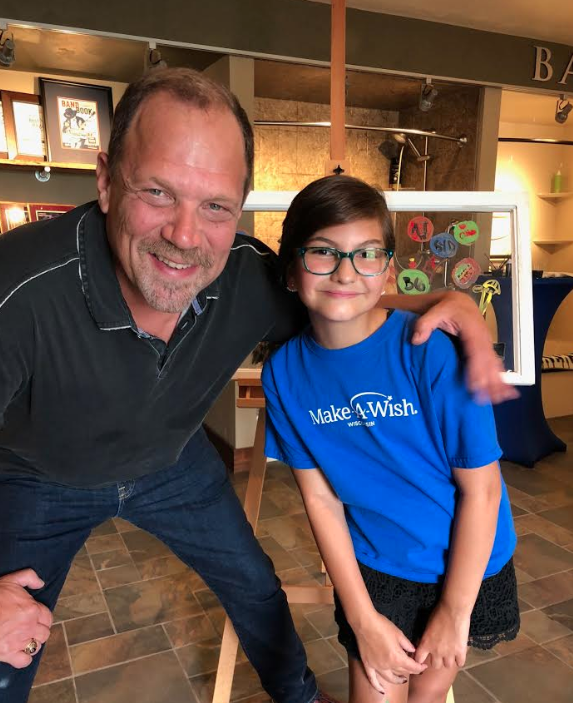 rounds of painting over a weekend, as well as an auction that takes place later in the week, where select windows get sold off to the most generous bidders. The proceeds always go to a person deserving––this year Sydney Berndt (pictured right), a cancer survivor who went through 14 months of weekly chemo sessions and at only 12 years old has already had to learn to walk twice. She was brought to Tundraland's attention by Make-A-Wish, a partner in this year's event.

The program, and Guinness record is an example of the unique vision of Tundraland’s dynamic owner Brian Gottlieb.

“Each year, we display and auction off about a hundred windows. That’s a lot of windows,” says Gottlieb. “At one point I asked myself, ‘I wonder what the world record for displaying painted windows is?’ So I called Guinness World Records.”

He says that he explained Windows for a Cause––an impassioned explanation, anyone who knows Gottlieb will assume––and asked about the record. Turns out, Guinness had never thought to keep it.

“They loved the idea of bringing the community members in on it––of using these windows and a record to help someone in the community,” he says. “They liked it so much they created a category for us.”

And that was that, for the easy part: Guinness created a new record, Largest display of painted windows, and put the floor for setting it at 1,500 windows on display (i.e., the hard part).

The Hard Part: Setting the Record

Tundraland displayed 1,651 windows in total and raised an estimated $25,000, $5,000 more than last year and enough to fund Sydney's wish, as well as the wishes of seven other kids––a feat Guinness was “thrilled” about, according to a statement from the adjudicator who confirmed the record, Michael Empric. It ultimately took about 100 gallons of paint and four 26’ box trucks to get the windows all displayed in one spot. And the documentation, as required by Guinness, was, per Gottlieb, “significant.”

Tundraland displayed windows painted by everyone from toddlers to grandparents, including several by high-profile Wisconsinites, such as Green Bay Packers player LeRoy Butler, who auctioned off his window alongside a $1,000 gift card to the Packers' pro shop.

“We had to number, photograph, and log each window into a spreadsheet, along with a description of the painting and the painter’s name,” he explains. “Over the weekend, we had to process one window every 45 seconds.”

Tundraland usually invests between $10,000 and $20,000 in Windows for a Cause, but with this year’s additional expenses––which included flying in and housing Empric, as well as renting the box trucks and, because of space constraints, switching the venue from the Performing Arts Center to the Fox Cities Exhibition Center––it was “a little more costly.” But that’s irrelevant, according to Gottlieb.

Not a Numbers Game

It’s part of his, and Tundraland’s, overall approach to not just marketing, but business: do well and do good––the company’s mission statement, by which Gottlieb appears to live and die. And while the knee-jerk reaction of home improvement and remodeling contractors to the phrase “cost is irrelevant” will likely fall somewhere between confused and aghast, consider that in eight years, Gottlieb has turned a couple thousand dollars into a $30-plus-million company; and is now a world-record holder. He chooses substance over price, and he’s amazing at making money because of it.

It’s hard to calculate the business return of Windows for a Cause––it’s big and public-facing and it’s more about charity than home improvement. But just because Gottlieb isn’t looking at the scoreboard, doesn’t mean he isn’t scoring points. 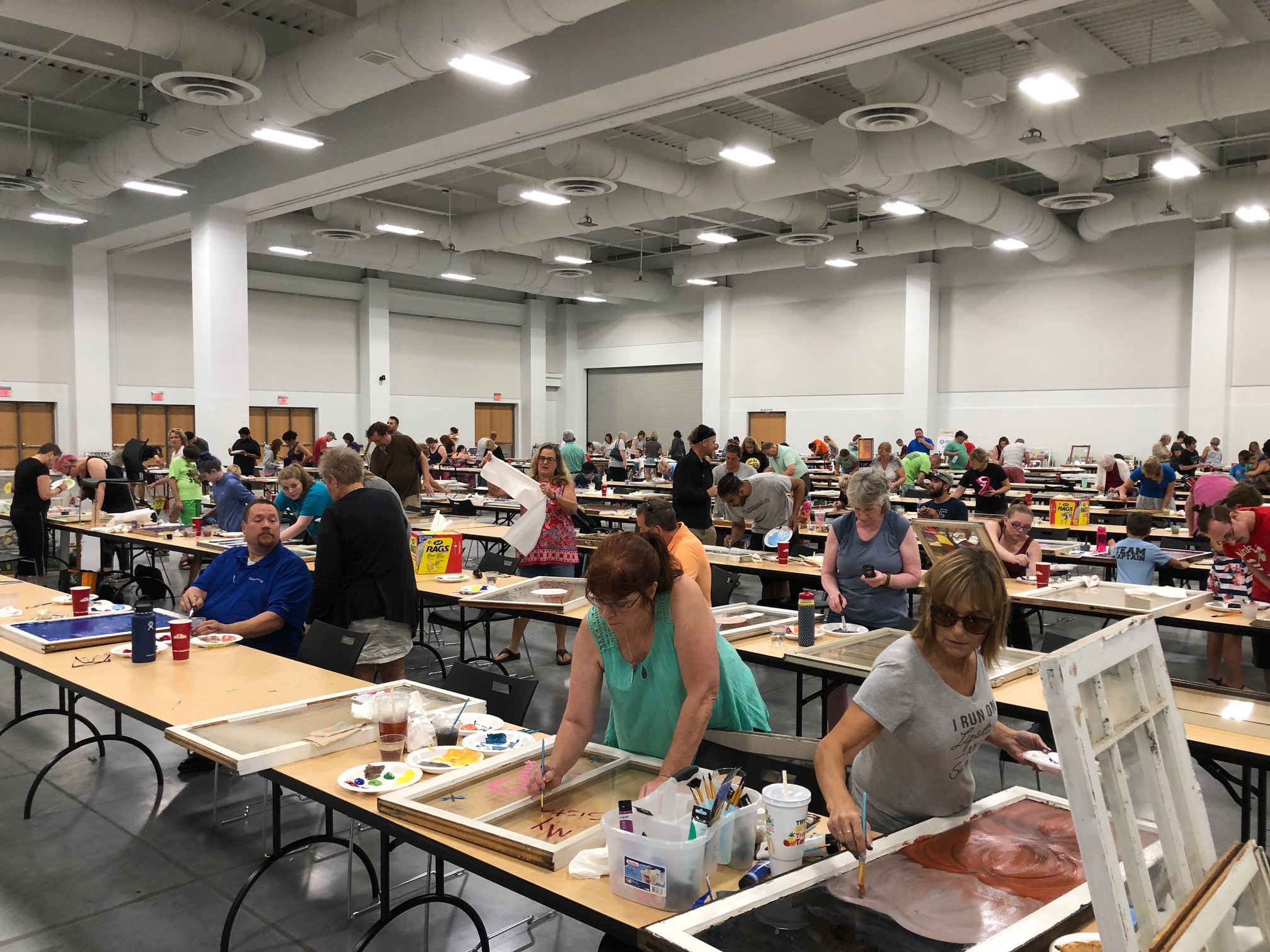 Gottlieb tells the story of a woman, a former painter, who, after seeing the news of Windows for a Cause, felt she was being told by God to bring the old window she had in her garage down to the exhibition center and paint it to help Sydney. She hadn't touched a paint brush in 12 years, but spent two days painting her window.

Having a Guinness record is potentially great for business––which is why, in 2015, 48 out of the top 100 global brands had used record breaking as a point of marketing, according to Brandz. When Jaguar launched the F-Pace, its first SUV, in September 2015, it did so by breaking the world record for the largest single loop-the-loop ever driven in a car. Within a year, the vehicle was fastest-selling in the company’s history, and for a time, the fastest selling in America. Arby’s has a world record for the longest commercial. Cosmetics company Estée Lauder earned a record for illuminating the most landmarks in 24 hours as part of its Breast Cancer Awareness Campaign. Lego has one. Macy’s has one. Virgin Group founder Richard Branson has seven.

Guinness has valued the media coverage from a world record set or break at over $300,000. And while Gottlieb didn’t put a dollar-amount value on the media coverage Tundraland’s record setting garnered, or the leads that will ultimately come from it, he did say that the buzz surrounding the event’s build up was exceptional this year––so much so that Tundraland didn’t even need to market the event.

“It was a news story. We didn’t have to advertise anything,” he says. “You can’t buy this kind of press. It’s been nonstop interviews since last week.” It probably doesn't hurt that every year Gottlieb invites all the local news stations to paint a window.

Still, when asked if he was planning to leverage the fact Tundraland was now a world-record holder, he wasn’t shy about showing it off.

“Not a lot of companies can say they’re a world-record holder. An even smaller list can say they’re a world-record holder, their community helped set it, and it all worked to benefit and change the life of someone in the community. So yeah, you bet we’re going to promote it,” he says. “It reinforces everything we stand for as a company. It proves that we are limitless.”

To any home improvement or remodeling contractors considering going after Tundraland’s title, Gottlieb says, in true Gottlieb fashion, that he’s inspired by the thought.

Brian proves you can do both, congrats ! Wish I would have been part of it.