Makeup air is outside air that replaces air exhausted from inside the building. In most houses, there are several appliances that push or pull air out of the house, including clothes dryers, bathroom fans, fireplaces and kitchen range hoods. When even one of those appliances is operating, it depressurizes the interior. Nature abhors a vacuum, so to restore the pressure balance, outside air is sucked into the house.

Unless airways are deliberately provided for that incoming air, it will flow in through the path of least resistance, such as gaps around windows and doors, between framing and the foundation, and at other leaky building components. If the rate at which air is exhausted is high enough, the suction created can be strong enough to reverse the draft in a water heater vent, furnace chimney or fireplace, drawing noxious fumes and deadly carbon monoxide into the house. 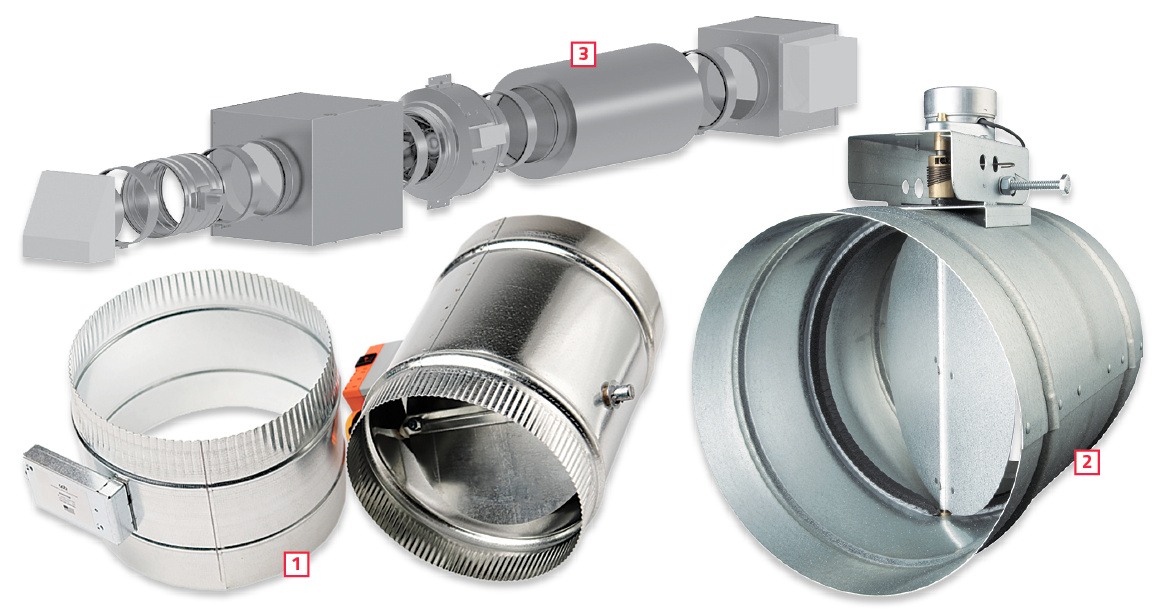 Makeup air is more of an issue these days for two main reasons: (1) houses are getting significantly tighter and (2) range hood fans have been getting significantly more powerful to accommodate a growing trend toward putting large commercial-style ranges in residential kitchens. Large range hoods can draw out air at the rate of 1200 CFM or more—roughly a small roomful of air every 60 seconds—which by itself could be enough to reverse the draft in a furnace or water-heater flue.

But big range hoods aren’t the only problem. Several smaller fans running at once—for example, a dryer, small range hood, and bath fan—can cause the same level of depressurization. So can a big, open fireplace, in fact, I know of a case in which a roaring fire in a fireplace in a tight house reversed the draft in the secondary flue and filled the basement with noxious fumes.

In addition to the safety concerns, the downside of depressurization includes a big energy penalty from exhausting air that you’ve spent good money to heat or cool, while at the same time drawing in outside air that will cost more money to heat or cool once it gets inside. And unless all this air flow is controlled, it creates drafts, which make people uncomfortable. If the incoming air is humid, it can bring unwanted moisture into the house. In a cooling climate, that moisture can condense against the back side of cool, air-conditioned walls and cause concealed mold and rot.

Air leaking into the house through an unsealed crawl space also can contain water vapor as well as mold spores, particulate matter and potentially harmful gases. I know of an instance involving a commercial restaurant in which the very powerful kitchen exhaust fans were operating, but the makeup air units weren’t. The depressurization was so powerful that sewer gas bubbled up through the traps in the toilets. The odor chased a lot of unhappy customers out of the dining room.

How To Do It Right

Bubbling toilets aren’t likely to occur in residential construction, but depressurization is still a potential problem. In the past when houses were much leakier, this phenomenon was not as serious an issue because air would just leak in through nearby windows and doors, and even through walls, to make up the pressure difference caused by the exhausted air. People may have been uncomfortable, but at the least the house didn’t fill with noxious fumes. But with tight houses, we can’t rely on air leaks to solve our problem. We have to plan for and provide the solution.

One place to begin is with the code. To paraphrase Section 1503.4 of the 2012 IRC, an exhaust hood that can draw more than 400 CFM must be supplied with makeup air at a rate that roughly balances the outflow and inflow. Plus, the exhaust and makeup air systems have to be connected. Typically what happens is, as soon as you turn on the range hood, it will send a signal to a damper in the makeup air duct, which will open to allow air to flow in. When the range hood shuts off, the damper will close, blocking infiltration of unconditioned air.

Contractors who think this is an overly complex and expensive solution often note that the simplest makeup air strategy is to open the window next to the range hood. This will work, but only in certain, very specific climate zones where you don’t need to heat or cool incoming air at any time of year. Codewise, however, it’s a manual solution, and not an automatic connection.

More typically, the solution involves ductwork. In a forced air heating system, outdoor air can be brought into an air handler on the return side, then distributed through the ductwork. In milder climates, the makeup air may not need to be conditioned directly because it is tempered as it moves through the ductwork. But in cold or hot climates, it may be necessary to heat or cool the incoming air directly to prevent comfort issues.

Range hood manufacturers are starting to provide interlocked makeup air damper kits, and several third-party “universal solutions” also are available. Both types of systems typically consist of a short length of ductwork with a motorized damper inside that operates by means of a pressure switch located in the exhaust duct. Some models are “interlocked” with “slave” dampers so that the exhaust and intake are synchronized, and some also are designed to work with whole-house ventilation systems.