A smart induction cooktop that requires no hood, no ductwork, and soon, no custom installation Elica was a stand out at this year’s International Builders’ Show in Orlando, introducing a multitude of products, including an addition to its Air Cooking series, the Nikola Tesla induction cooktop, with built-in downdraft ventilation.

The cooktop’s ventilation system is built right into the cooktop itself. “The blower has a central position, providing equal ventilation for each burner, increasing air-capture efficiency while reducing sound,” the spokesman adds. It uses a 400-cubic-feet-per-minute blower that creates cyclonic suction, which swallows smells and steam without having to be elevated above the cooking surface. There is also a smart technology element to the Tesla, which links the blower with the various burners. The blower recognizes the “cooking level” of each burner and adjusts it speed accordingly.

“And it’s great for when you don’t want to go through the trouble of installing new ductwork,” the spokesman explains. Ducted-out ventilation remains an option for the Tesla, of course, but it’s not a requirement. 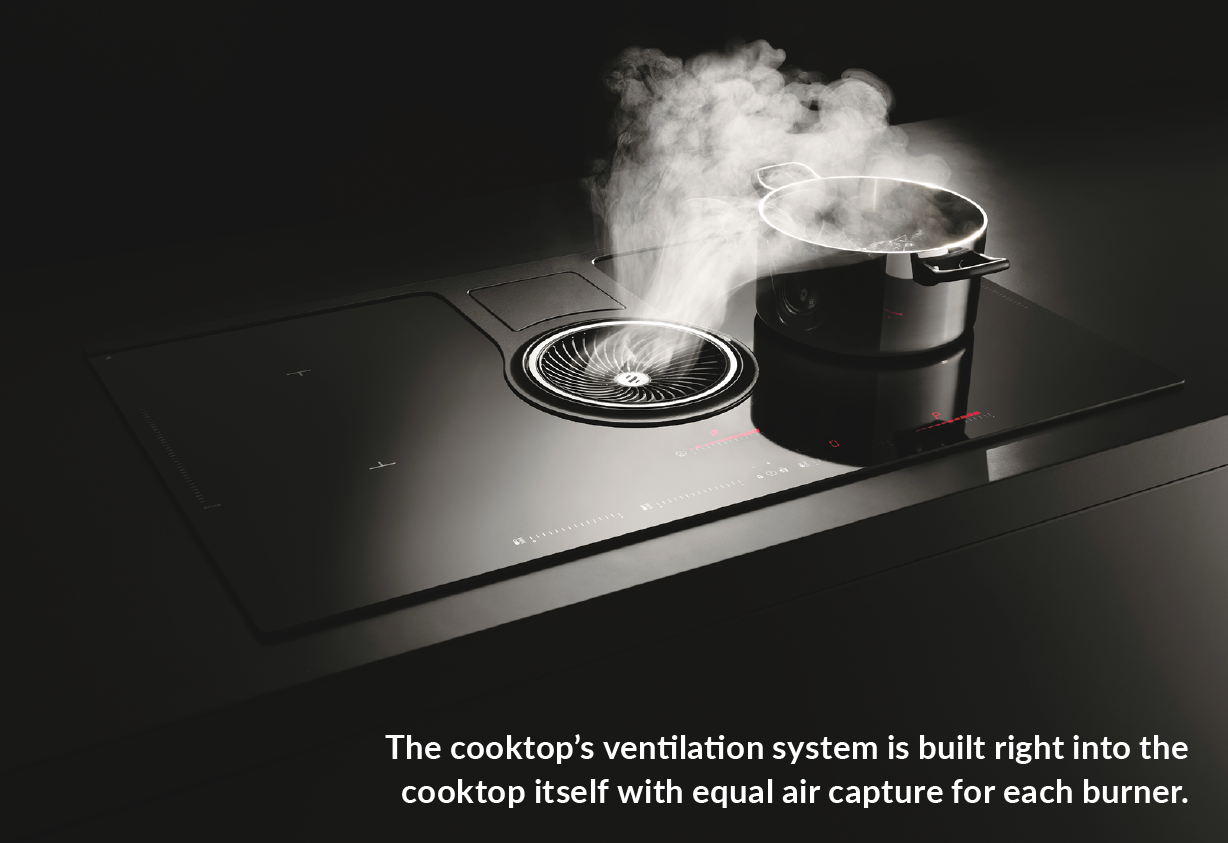 The system has a dishwasher-safe grease trap as well as three stacked charcoal filters to take care of odors. “The filters are easy to remove,” the spokesman says, “and all you have to do to clean them is throw them in the oven for 45 minutes at 500 degrees.”

Ventilation aside, the cooktop itself represents significant innovation in the kitchen space. Apart from its ability to automatically adjust blower speed, the cooking surface features touch controls and a double bridge function that allows homeowners to easily link two burners into a single cooking space for larger pots.

Because the cooktop was originally designed for European kitchens, as the spokesman explained, its length is 33 inches (i.e., too small for American kitchens) and will require custom installation. However, to give homeowners the option of standard installation, Elica will soon release a specially designed trim to take up the additional space.