Control Center of the Smart Home

In a sea of smart home devices, the hub pulls it all together. Pro Remodeler takes a look at a range of available hub options. Smart technology that runs today’s devices has evolved considerably since the 1985 debut of The Clapper, a sound-activated electrical switch. The expanding global home automation and security control market, valued at roughly $5.8 billion in 2013, is projected to top $12.8 billion by 2020.

What began with smart lighting has grown to include thermostats, outlets, cameras, locks, window blinds, audio systems, garage doors, appliances, water heaters, fireplaces, switches and dimmers, water valves, irrigation systems, smoke alarms, and more. Devices can be controlled locally using switches or remotes, but the real appeal is the potential to control all of them away from home.

Enter the smart-home hub. The hub connects to a home’s wireless router, which it uses to transmit signals to each device. A downloadable app syncs each hub to a user’s smartphone or tablet, which serves as a universal controller. Here’s a look at some of the latest smart-home devices on the market. 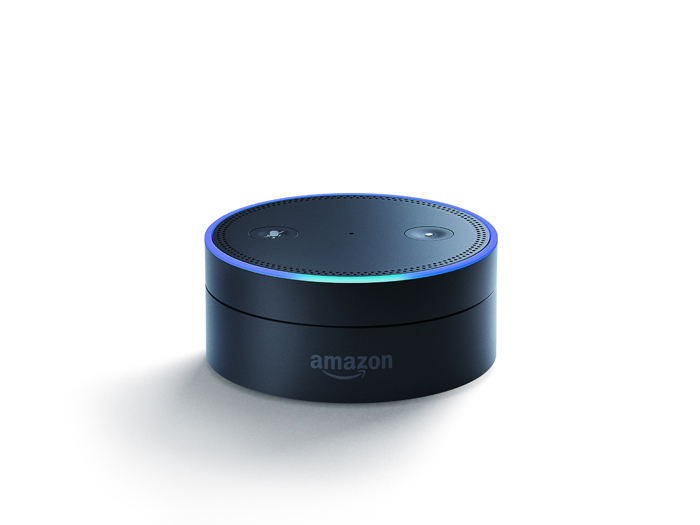 A hockey-puck–size version of the Echo, the Echo Dot from Amazon is a voice-activated speaker that controls smart-home devices with Amazon’s Alexa app. The Echo Dot can control lights, switches, fans, thermostats, and more from Philips Hue, TP-Link, Ecobee, SmartThings, Insteon, Lutron, Nest, Wink, and Honeywell. The Echo Dot uses what Amazon calls Echo Spatial Perception to eliminate confusion between multiple voice-controlled speakers. Unlike the Echo, users can plug the Echo Dot into their own speakers or connect to them wirelessly via Bluetooth. $49.99 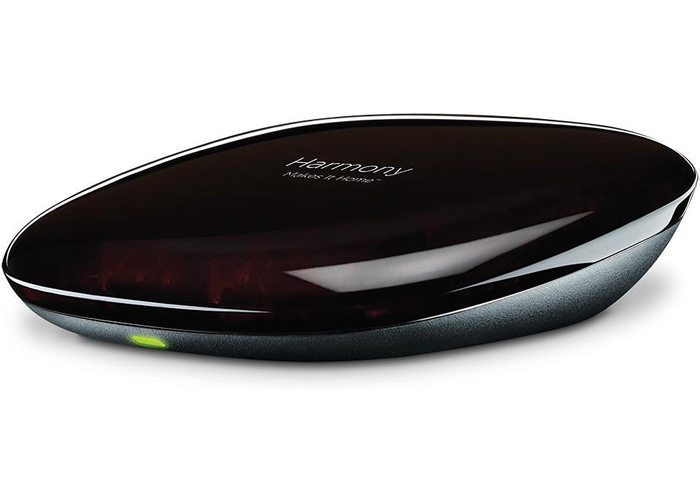 Logitech’s Harmony home hub allows users to ditch the remote and control multiple devices exclusively through the company’s smartphone apps. The hub connects to a home’s Wi-Fi and serves as an IR blaster to transmit signals to devices out of the line of sight. The hub also enables control from multiple mobile devices, so if one user watching TV leaves the room with their phone, others can use their own phone as a remote. The hub uses Wi-Fi, Bluetooth, and infrared to send commands to more than 270,000 devices from more than 6,000 brands. Users can control devices directly, according to custom schedules, or in response to sensors. From $99 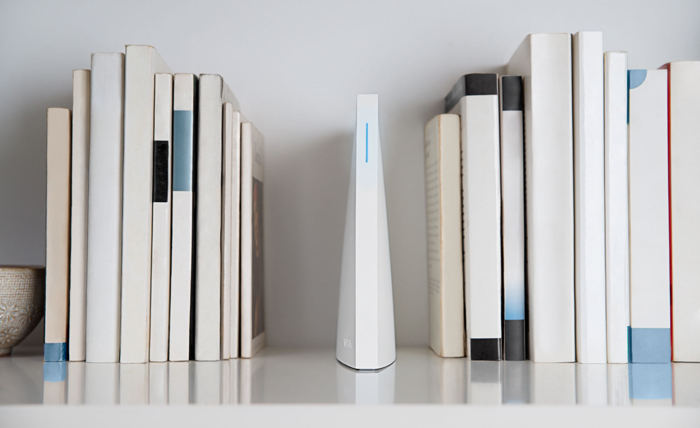 The sail-shaped Wink Hub 2 features support for the next generation of wireless protocols, including Bluetooth LE and Nest’s wireless “Internet of Things” standard, Thread. The Wink Hub 2 added a more powerful processor, eight times the amount of memory, as well as 5 GHz Wi-Fi, and an Ethernet port. The Wink Hub 2 works with Amazon’s Echo devices, which means users can say, “Alexa, turn off the lights,” and the Amazon device will send a command to the Wink Hub. The hub also boasts added encryption designed to prevent hacking. $99 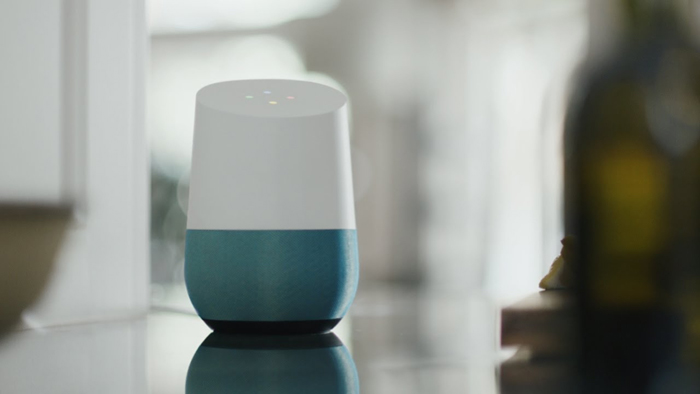 With a conversational voice assistant built in, Google Home is designed as a smart-home controller, music hub, and personal assistant. The voice control can distinguish between similar items (lights and lamps, for example), and allows for shorthand phrases like “I’m out” to trigger commands such as “Switch my thermostat to away mode.” Voice commands like “OK Google” cue the device to control home thermostats, lights, smart plugs, and switches. The Home app works on Android and iOS devices and is compatible with Nest, SmartThings, and Philips Hue. $129 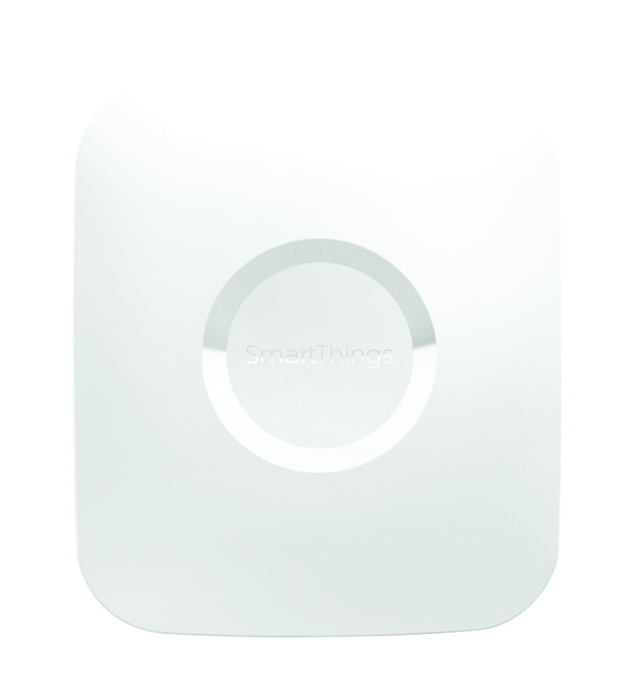 Samsung’s SmartThings hub offers control for more than 200 devices, works with multiple wireless protocols, and offers USB and Bluetooth connectivity. The latest model can process live and recorded video from within the app. Users can set connected cameras to start recording when triggered by motion detectors or window sensors. Smoke, leak, and security alerts are available, along with a Smart Home Monitor that offers three states: Arm (Away), which activates all sensors when no one is home; Arm (Stay), which activates only certain sensors; and Disarm, which deactivates all sensors and alarms. The app’s family page keeps tabs on family members in the home using presence sensors or by tracking their remote location using location services on their smartphones. $99 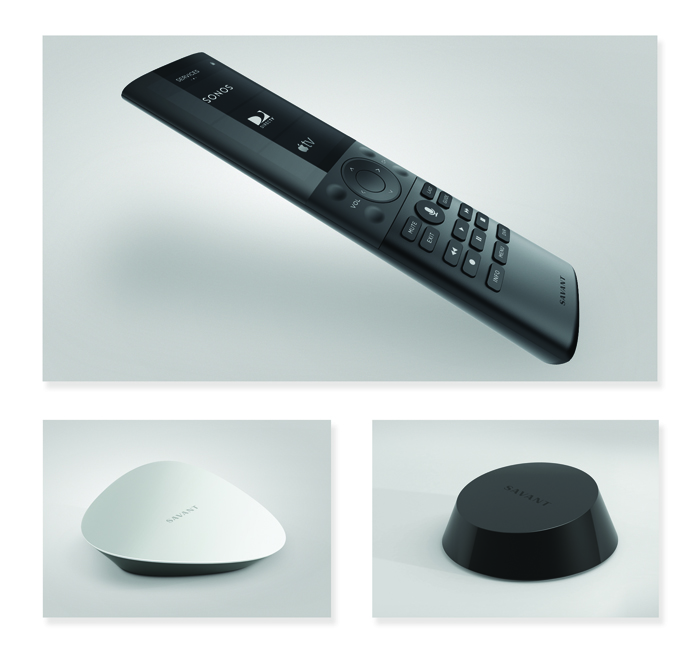 The company that provides custom installations for the luxury smart-home market recently introduced a lower-cost, self-installed smart host unit designed mainly for home entertainment systems. Savant’s app works with smartphones and tablets, but the real innovation comes from an elegant remote that features a color touch screen, a voice-activated microphone, and a charging base that doubles as an IR blaster—a puck-size device that can transmit signals to cable boxes, receivers, and other devices outside the remote’s line of sight. Users can program “scenes” to activate home theaters, lighting, and music with a single voice command. Includes a remote, host, charging base, additional IR blaster, and a lamp controller. $499