After a lot of discussion, we decided to focus the study on production staff

Recently, the Miami herald came out with a report that contractors in Florida are struggling to fill positions paying $75,000 with full benefits and no degree required. The story was picked up by the national news and everyone dutifully repeated the figures.

However, as we’ve so often seen in the mainstream media, there’s little understanding of the nuances that these construction jobs represent. What kinds of jobs are the most challenging to fill? How did that Florida contractor know whether $75,000 was a competitive salary for that position?  How much experience was he asking for, and is that in keeping with local market conditions?

No one seems to have the answers to these questions which is why we decided to conduct a salary survey for remodelers. Our goal was to give readers powerful information that’s both national in scope and locally focused since remodeling is ultimately a local industry.

We targeted 15 individual markets and achieved enough responses in nine of them to clear the hurdle for statistical accuracy. The wages remodelers are paying in each of those markets appear in this issue, along with a bit of data from other areas where we hit the goal of completed surveys for certain job categories. 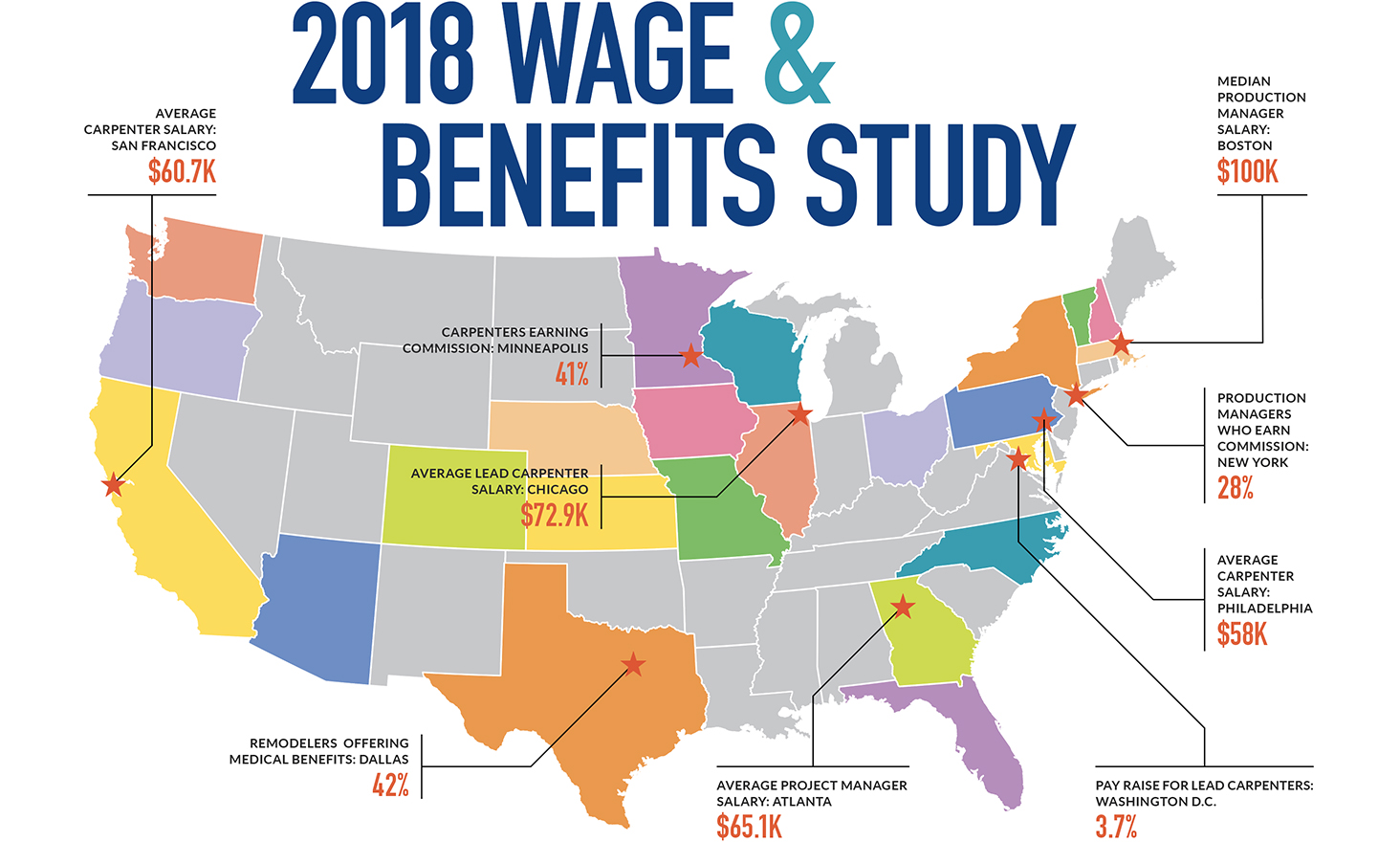 After a lot of discussion, we decided to focus on production staff, even though we have some figures for designers and sales people. We chose that emphasis partly to trim down the study’s hundreds of charts and graphs into a manageable package. But more importantly we felt a responsibility to take a special look at production wages because of the extreme workforce shortage hitting the skilled trades. We wanted to do our part to show that there’s good money in these jobs along with stability and a meaningful path for advancement.

This project was a lot of fun, but also extraordinarily challenging not only in collecting the data, but also deciding how to publish it for optimal use for remodelers. Because we plan on repeating a version of the study next year to learn how the labor market affects salaries over time, I would appreciate any feedback you have.

We wanted to do our part to show that there’s good money in these jobs along with stability and a meaningful path for advancement.

In addition, if there’s a piece of information you want but don’t see here, please feel free to reach out and ask if we have it. My favorite thing about this study is also one of the qualities that made it so challenging—the sheer volume of data.

I learned a lot from working on this project, but perhaps the biggest lesson was one that I wasn’t expecting. It has to do with perseverance and a spirit of generosity. Many people believed in this project, and put in considerable time and effort to help get the word out. NARI (both national and local chapters), Remodelers Advantage, and a number of individual industry members put their names on the line on behalf of our study. Much of the credit for the success of this project goes to them.