When it comes to helping clients see more and see differently, Landis Architects/Builders enlists the help of virtual reality Cardboard virtual reality viewers, such as this one from Unofficial Cardboard, are both affordable and effective at providing an immersive 3-D experience. Photos: courtesy Landis Architects/Builders

Powered by your smartphone, cardboard virtual reality (VR) viewers consist of a cardboard headset with built-in lenses. The headset cradles your mobile device in the front and uses your phone’s display and computing hardware to let you experience a stereoscopic (3-D) image with a wide field of view, providing users with a fully immersive VR experience. Cardboard VR–compatible apps split the smartphone display image into two, one for each eye, resulting in a 3-D image.

Google pioneered the cardboard VR viewer, first introducing it at the Google I/O 2014 developers conference. Since then, a range of spin-offs have emerged, among them the Unofficial Cardboard UC 2.0+ Virtual Reality Viewer, which works with a range of Android phones and iPhones and is a certified viewer in the WWGC (Working with Google Cardboard) program. 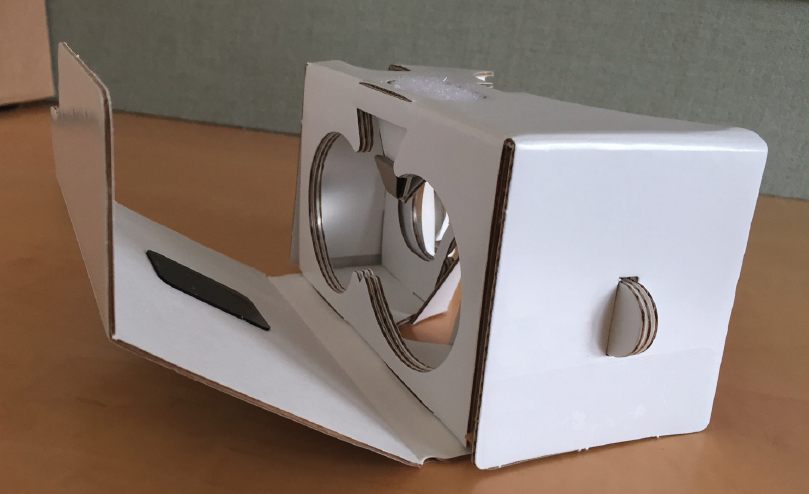 Why: New technology that can help clients visualize their projects

Who’s using them: Pro Remodeler checked in with Ethan Landis, principal at Landis Architects/Builders, in Washington, D.C., about the company’s recent foray into using VR viewers to present its projects.

The firm’s design team first came across the viewers when they attended the 2016 AIA conference in Philadelphia, where they viewed a demonstration and brought back a pair to their office. The glasses immediately garnered attention from both the sales and design teams as they considered how VR could be applied to the company’s residential design process.

There are more such viewers hitting the market now as the technology continues to evolve, such as Google’s Daydream View ($79), an enhanced VR platform, with a less rudimentary and more comfortable headset design. But keep an eye on phone compatibility. For example, the Daydream View currently only works with Google Pixel and Pixel XL devices.

Landis says: “At Landis Architects/Builders, we’ve begun using virtual reality glasses to allow clients to walk through their remodeling designs, using this process for the more substantive remodeling projects we do.

“To show clients their project, we pull up the link on a mobile phone and place the phone in the holder of the glasses. Then, as users move around, they can manipulate the design they see through the glasses. Clients find that the VR glasses are a more natural way to walk through a project versus using a mouse to scroll through a 2-D panoramic view, and since the design is created using colors and patterns from material manufacturer websites, clients can get a realistic feel for the final look of their project.”

Upsides: In addition to the low cost, a key benefit of using the viewer for remodelers, according to Landis, is that they allow clients to quickly view and approve designs, effectively shortening the design timeline. “Our designer now only shows clients a floor plan and a 2-D or 3-D panoramic of the designs,” he says, “instead of showing them a bunch of elevations. We brought the viewers to our booth at a recent festival [see photos] and showed the links on mobile phones. The rendering is so realistic, we had to explain that these weren’t actual photos of the final project. Visitors were impressed, which helps set us apart from other design/build firms.”

Also, you can brand the viewers with your own logo, as we did for a recent event.

Downsides: Right now, Landis says, you can only create the panoramic links using Revit. Some of Landis Architects/Builders’ designers use other programs for doing design work, and Landis hopes that those companies will also eventually begin working with the VR viewer.

Ingrid Bush is the Content Manager for Professional Remodeler and two of its sister publications, Custom Builder and Professional Builder.