HELOCs and the New Tax Law

The IRS has confirmed it: interest on home equity lines of credit is tax deductible, kind of. Approximately 10 million consumers are expected to originate a home equity line of credit (HELOC) between 2018 and 2022. This would more than double the 4.8 million HELOCs originated in the previous five-year period (2012-2016). Source: TransUnion, “The Return of HELOCs”

On February 21, the Internal Revenue Service finally gave the remodeling industry the news it was waiting for regarding tax deductions on interest paid on home equity indebtedness, and specifically for home equity lines of credit (HELOCs).

The Tax Cuts and Jobs Act of 2017 eliminated interest deductions for HELOCs (as well as for the two other common forms home equity indebtedness: home equity loans and secondary mortgages), causing confusion among tax payers and the construction industry, since in most cases, mortgage loans to buy or build a home were still deductible.

The IRS has now clarified the law to allow deductions on HELOCs and all home equity indebtedness “used to buy, build or substantially improve the taxpayer’s home.”

It goes on to specify that, “under the new law, for example, interest on a [HELOC] used to build an addition to an existing home is typically deductible, while interest on the same loan used to pay personal living expenses, such as credit card debts, is not.”

Reactions to the news was immediate and positive.

“This is a major victory for remodelers and for home owners who want to invest in their homes,” stated NAHB chairman, Randy Noel. “[We have] been pushing hard for this outcome since December, when The Tax Cuts and Jobs Act of 2017 was signed into law. ”

This Is Your HELOC On TCJA

To really understand what all this means, let’s go back, briefly, to the beginning.

In 1913, the U.S. government created income tax as we know it today. From back then all the way to 1986, Americans could deduct interest from almost any loan, including credit cards, student debt, and car payments. The logic at the time was that interest payments were “an expense of earning business and investment income,” according to the Urban Institute.

Then came the Tax Reform Act of 1986, which reduced that deductibility to just the interest paid on mortgages. That in turn was further split into two types of debt: acquisition and home equity.

Acquisition debt is mostly seen as a loan to either build or purchase a home—and that interest is still deductible under TCJA, though the ceiling (for couples filing jointly) has been dropped from $1 million to $750,000. Home equity debt on the other hand comes from a loan that’s secured by a residence but not necessarily for the purpose of acquisition. When the Senate added a late-in-the-process amendment to the TCJA eliminating the HELOC deduction everyone held their breath hoping that it wouldn’t stick.

It was the argument of lobbyists and banks that under the right circumstances, HELOCs should be treated as acquisition indebtedness. This is because in defining the term, the IRS has always described it as debt “incurred in acquiring, constructing, or substantially improving any qualified residence of the taxpayer.” Now we know for sure that the IRS agrees. 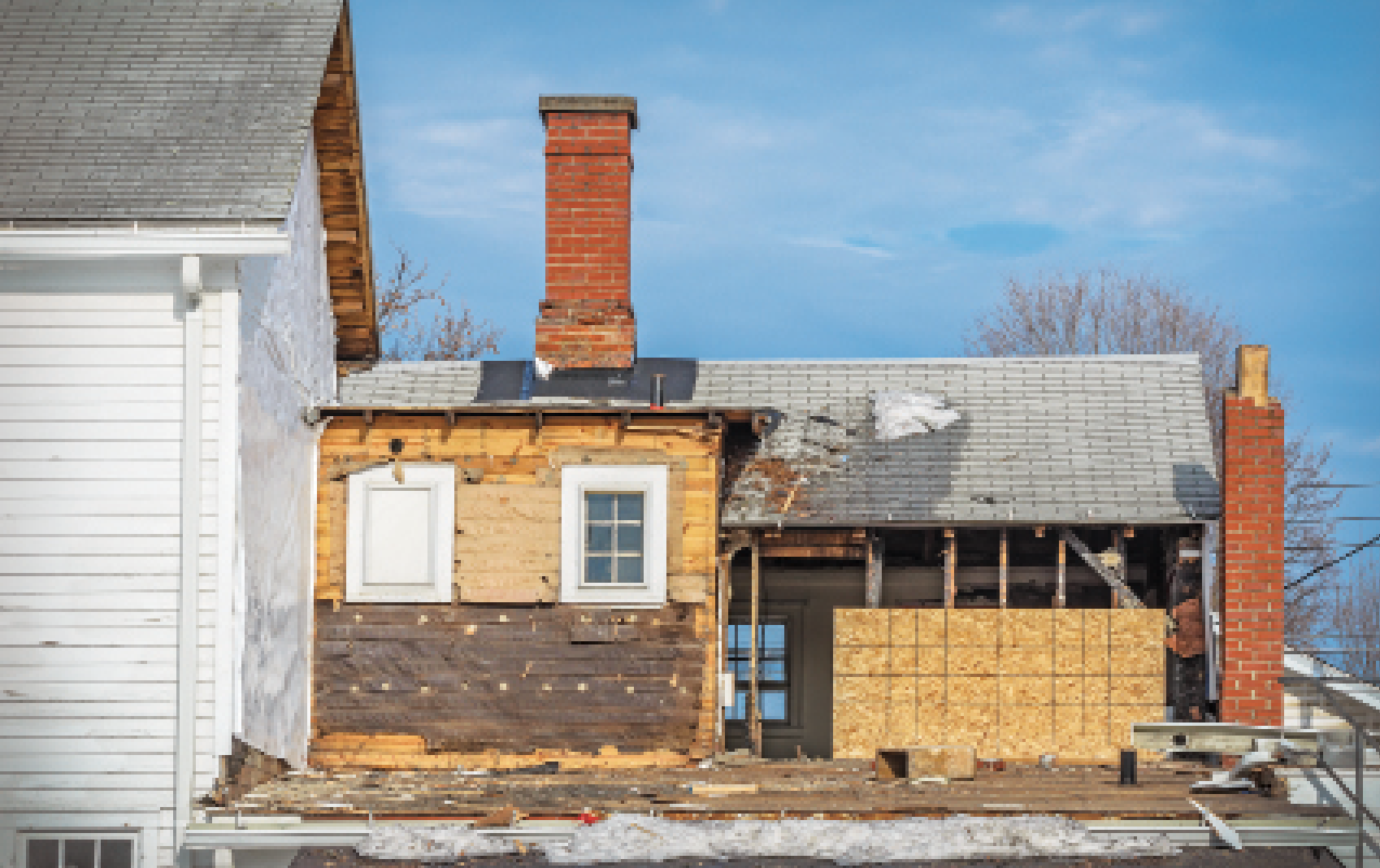 Building an addition onto an existing home is one of the few examples of HELOC usage that the IRS has deemed “typically” tax deductible.

But not every question has been answered—like: what the hell does “substantial” mean? The IRS certainly didn’t define the word in its statement, and as of the writing of this article, hasn’t responded to Pro Remodeler’s request for comment.

“Currently, what the IRS sees as a substantial improvement is: something that adds value to the home; prolongs your home’s use for life; or adapts your home for new uses,” says J.P. Delmore, NAHB’s assistant vice president for government affairs. “The only clearly prohibited work on the regulation right now is repairs.”

But what about when the line is blurred between repair and improvement? “We’re looking for clarity here.”

Some clarity does already exist.

“A repair keeps your home in an ordinary, efficient operating condition. It doesn’t add to the value of your home or prolong its life. Repairs include repainting your home inside or outside, fixing your gutters or floors, fixing leaks or plastering, and replacing broken windowpanes. You can’t deduct repair costs and generally can’t add them to the basis of your home.”

However, repairs that are done as part of an extensive remodeling or restoration of your home are considered improvements. You add them to the basis of your home.

Want more? Read about the three materials that may change home remodeling forever.

Delmore challenged that existing definition, saying that even something like painting a kitchen should be considered an ‘improvement’ if it adds to the home’s value. And indeed, Zillow’s 2017 Paint Color Analysis found that certain colors in certain rooms can increase a home’s sell price. For instance, the research showed homes with a blue kitchen sold for $1,809 more than expected on average, while homes with a light pale blue or soft periwinkle blue bathrooms sold for a whopping $5,440 more.

Delmore doesn’t expect an answer on substantial improvements versus repairs for at least another year.

The Extent of the Damage

The good news is that this probably won’t affect remodelers all too much.

“There are going to be many fewer people itemizing because of the standard deduction,” says Dan Bawden, president and CEO of Houston-based Legal Eagle Contractors, and the 2017 NAHB Remodelers chairman. “I don’t think the HELOC change is going to be that big a deal.”

The new standard deduction (i.e., the amount of a person’s income not subject to tax, if they’re not itemizing) is a trademark of the new bill, and one that helped sell its passage.

Thanks! Sadly I review

Always good to ask a pro

Timing of improvement vs loan origination

Timing of improvement vs loan origination

Say I've done remodeling in 2016 and 2017 and it's sitting on a credit card and I'm approved for a HELOC. Can I pay the card down with the loan proceeds and count the capital improvements as long as I have receipts? This would be for a portion of the total HELOC. Thanks!

Always good to ask a pro

Thanks for the comment, Meghan. Unfortunately, the IRS has yet to officially clarify the criteria defining "substantial improvements." At this point, the best advice would be to speak with your tax professional.

Thanks! Sadly I review

Thanks! Sadly I review corporate taxes in the multifamily world and work in the LIHTC industry and I don't think there is an answer. I don't particularly want to be the test subject but I may take the risk. Sigh. :)