Americans will spend nearly $70 billion on their pets this year, so it’s no wonder many households are now including animals in their remodeling plans People used to mock Paris Hilton for carrying her dog around in a purse, but since then animals have become an increasingly integral part of our lives.

Nearly two-thirds of all American households have at least one pet, according to The Harris Poll.  And of those, 95 percent consider them to be part of the family. People love their animals, and so it’s no surprise that when it comes to making changes in the home, often those pets come into the conversation, resulting in some pretty innovative projects. 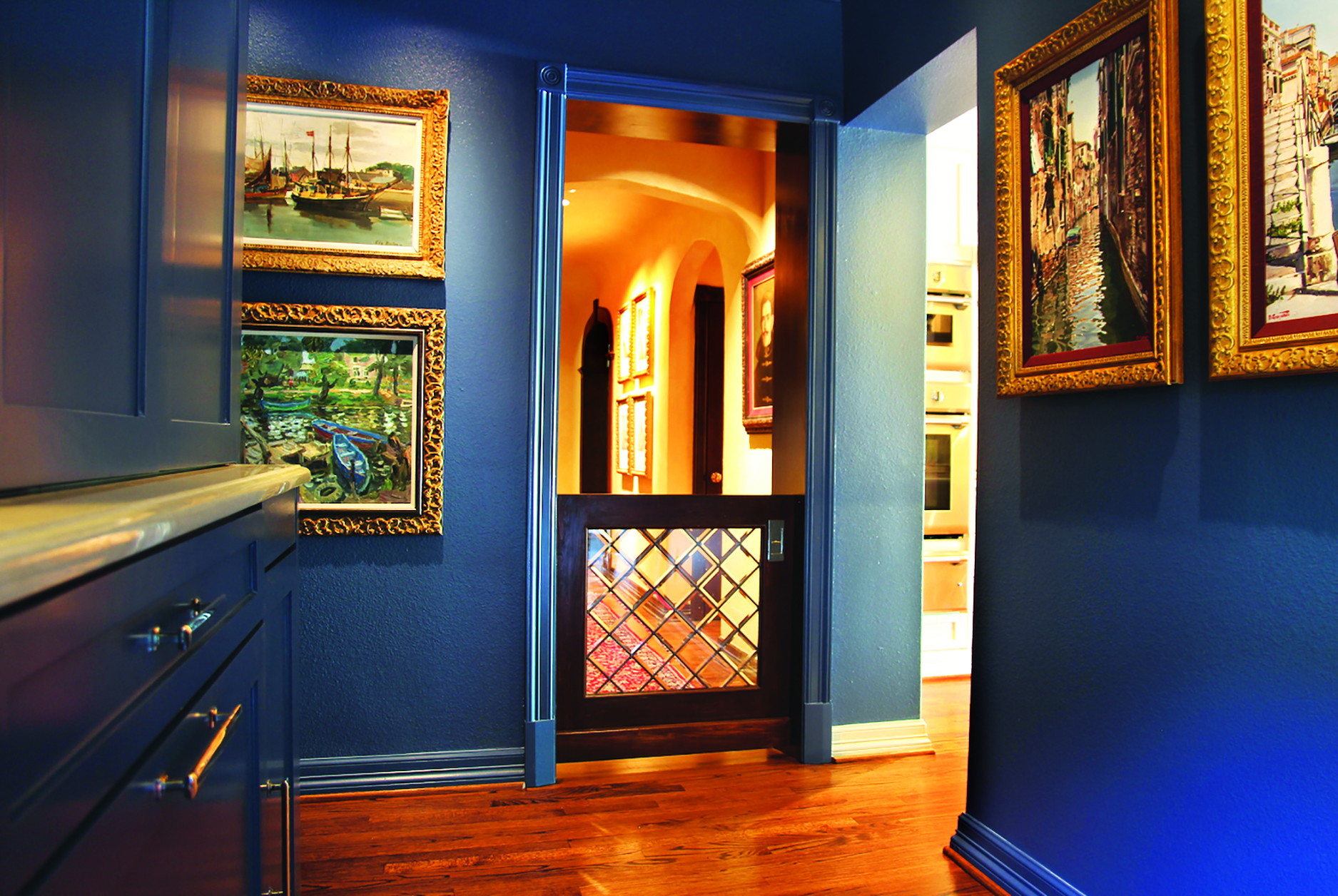 What do you do when a home has historic elegance but its owners have dogs? That was the dilemma that Key Residential, in Dallas, faced when the firm was asked to create a barrier for a dog but not disrupt the aesthetic of the home. Key found a solution in the “pocket doggy door”—a term coined by production manager and recent Forty Under 40 recipient, Evan Ratcliff. As he explained, the crew used a drawer guide to build a small wood and leaded-glass door that could slide in and out of the wall. Voila—a barrier that can restrict the dog to a particular area of the home while adding to the overall design. 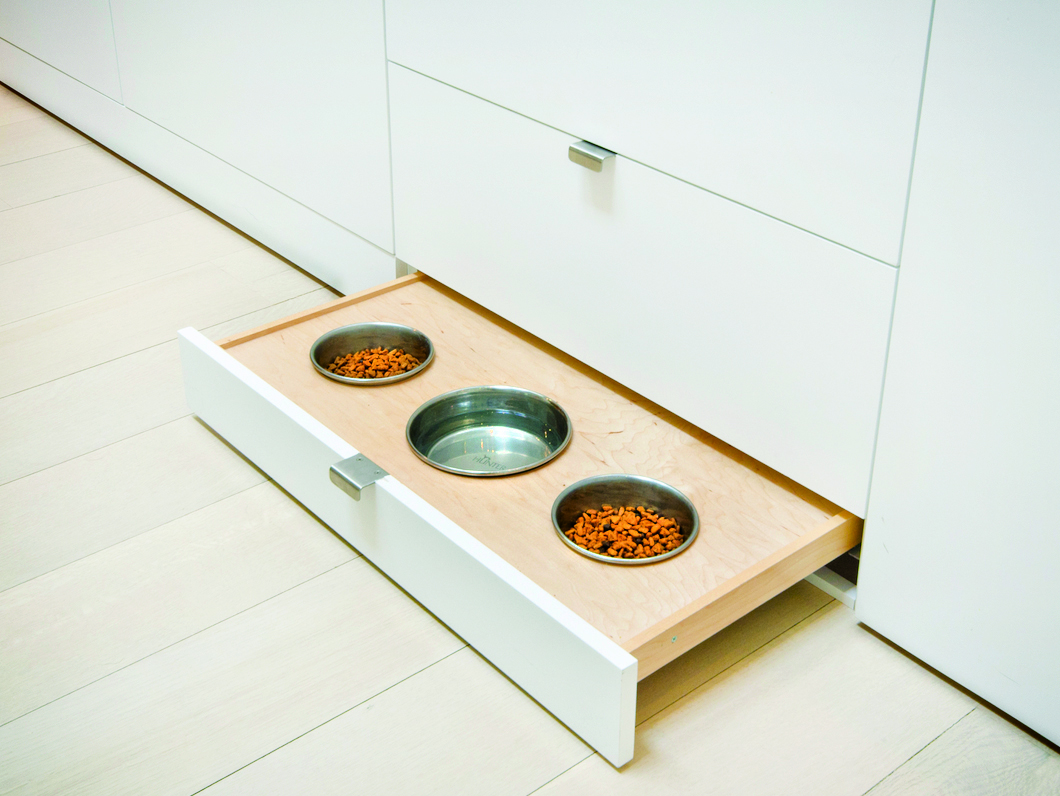 A young couple in Tribeca (that is, Lower Manhattan) has design group StudioLab to thank for this floor-level dog (or cat, I suppose) food drawer. The custom feature was part of a gut renovation and a strategy that aimed to modernize while maximizing space in the couple’s full-floor loft. The drawer’s wood and white finish, as StudioLab wrote in its description of the job, help create “a seamless integration” between the wall and ceiling and complement the home's “mid-century modern furniture pieces and colorful original artwork.” 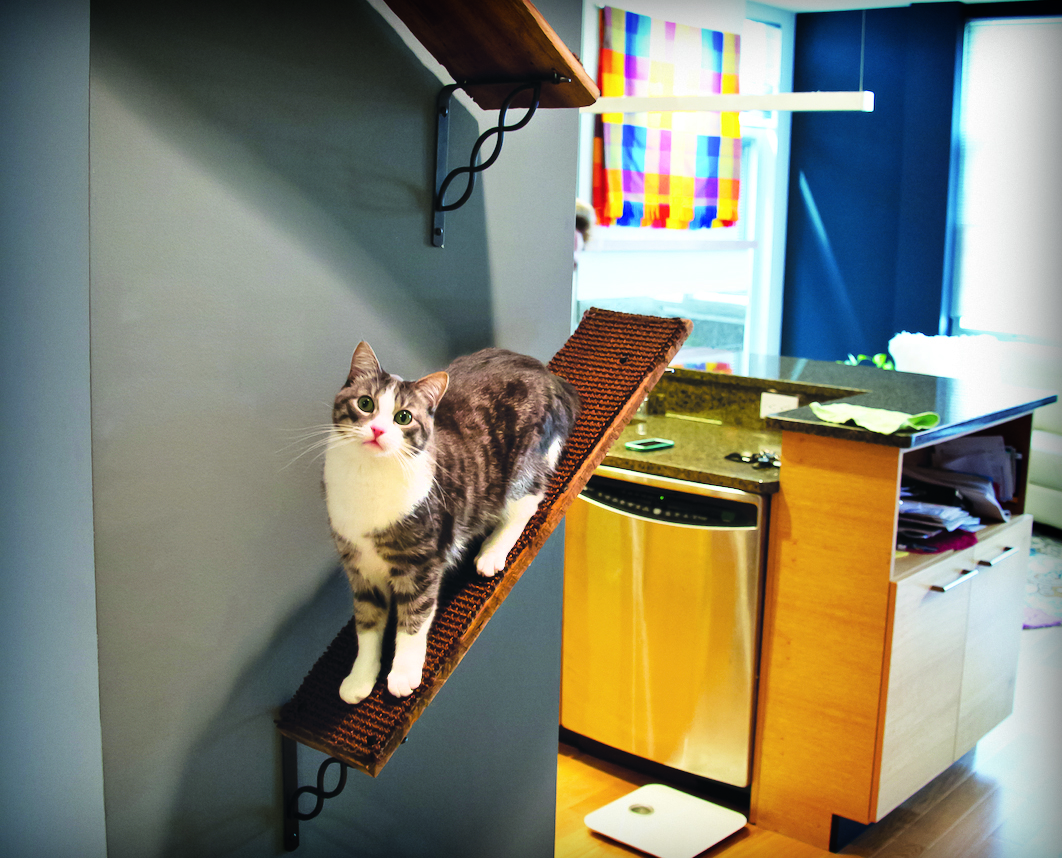 On the Cat Walk

This project was completed in Madison, Wis., by Rebecca Turner, an interior designer and co-owner of DC Interiors & Renovation. The concept gives the owner’s cat a chance to strut while simultaneously tempting physics. It features planks of reclaimed barnwood fastened to the walls at alternating angles using simple brackets. Turner added strips of carpet to the planks to improve the cat’s odds against gravity. 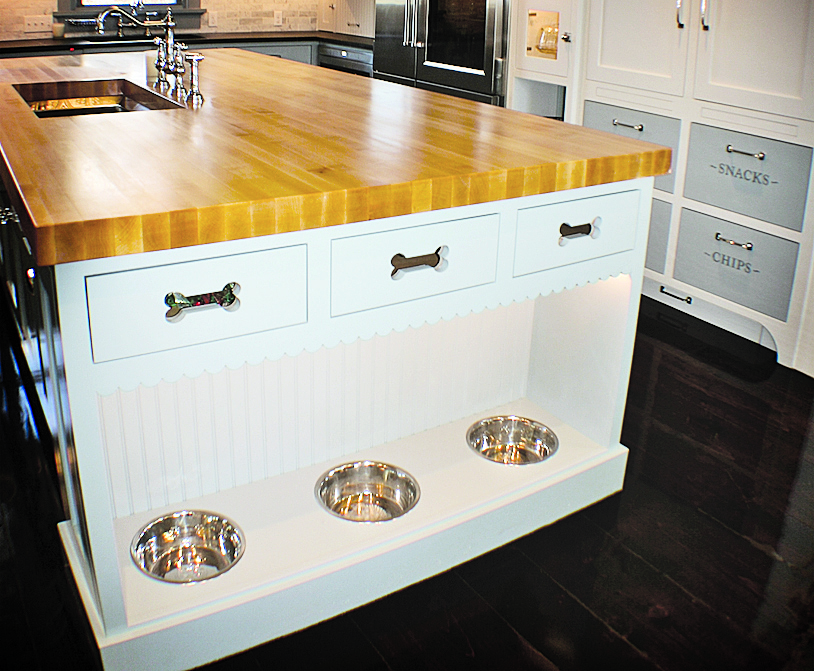 When remodeler Amy Britton, owner of Massachusetts-based Artisan Kitchens, was asked to make a custom kitchen that kept the owner’s pets in mind, she partnered with a local cabinet shop, Shaw Woodworking, to help alter a large island to include built-in food and water bowls, as well as specialty drawers with bone-shape cutouts that function as drawer pulls. 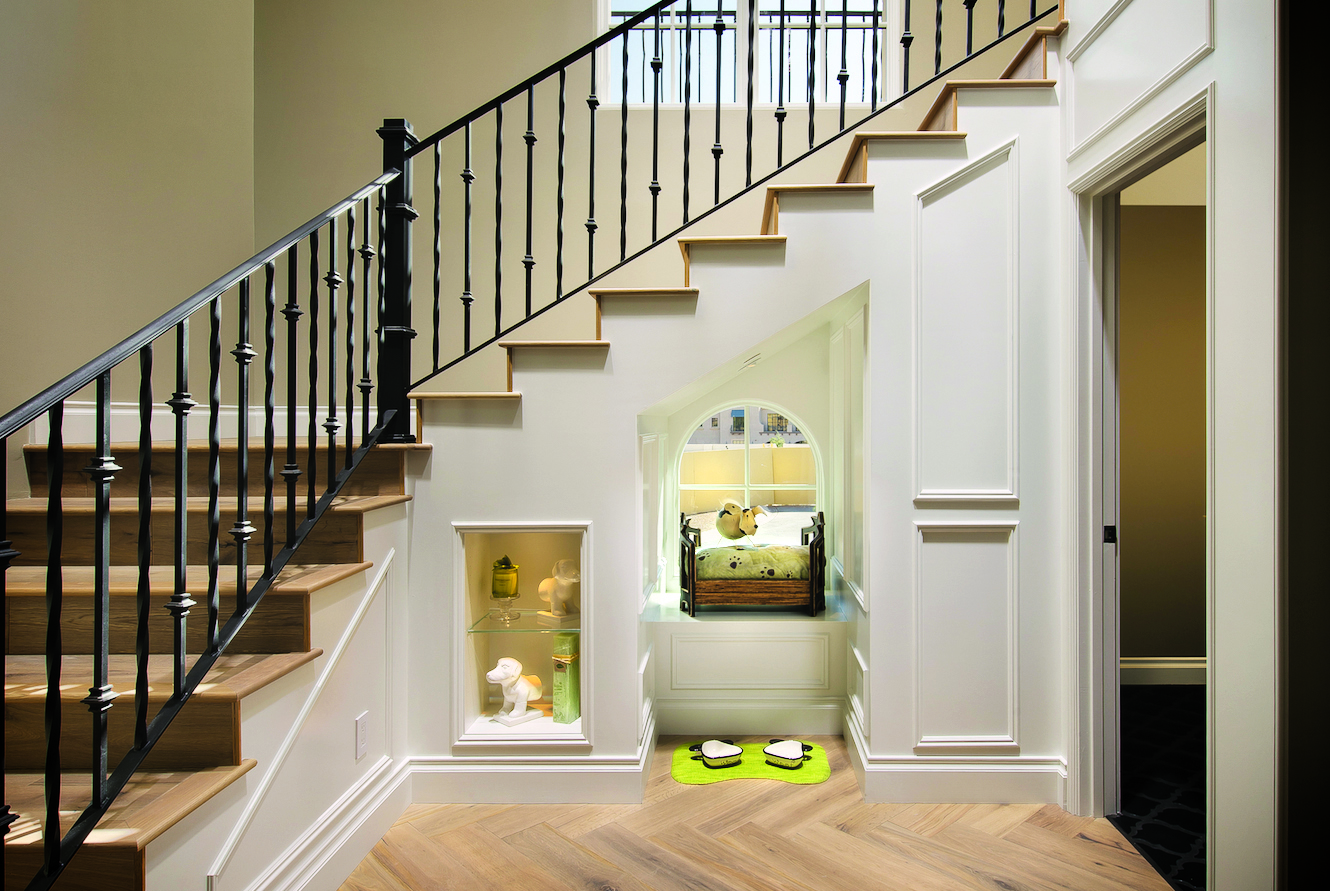 In its description, Luster Custom Homes and Remodeling, which operates in Arizona, says this project was for a dog with “sophisticated taste.” It’s not wrong—at least so far as the sophistication part is concerned. The under-the-stairs, canine getaway includes not only a small, knee-high ledge topped with a custom dog bed, but Luster also installed a round-top arched window for easy viewing of squirrels and cats.

Remember to take actions to protect the pets

Remember to take actions to protect the pets

James - These are some fun ideas to share with clients. From some pain and experience, a reminder, contactors have to talk to their clients and develop a plan to protect pets during a remodeling project. Whose job is it to secure the pet? Will an open door cause an issue? Is the pet friendly or protective? What are the possible dangers to the pet during the project? Control the dust to prevent possible pet health (respiratory) issues. Remember to watch what is left on the floor - no debris, paint, adhesives, etc. - ingesting any of these can harm a pet.