More Than Just a Pretty Face In a nutshell: The home was built in 1925 and had a second story added in the 1980s. Unfortunately, poor construction practices led to severe rot that wasn’t discovered until decades later. The goal of the project was to repair the damage, address structural defects, and create a modern, more functional exterior.

Challenges: The homeowners wanted a modular aesthetic that balances contemporary design with the warmth of this mature-wooded area.

Solutions: Dated, radiused elements were removed and replaced with squared, linear pieces. Along with cedar siding, the new angularity creates a pleasing, modern look and adds texture and depth. 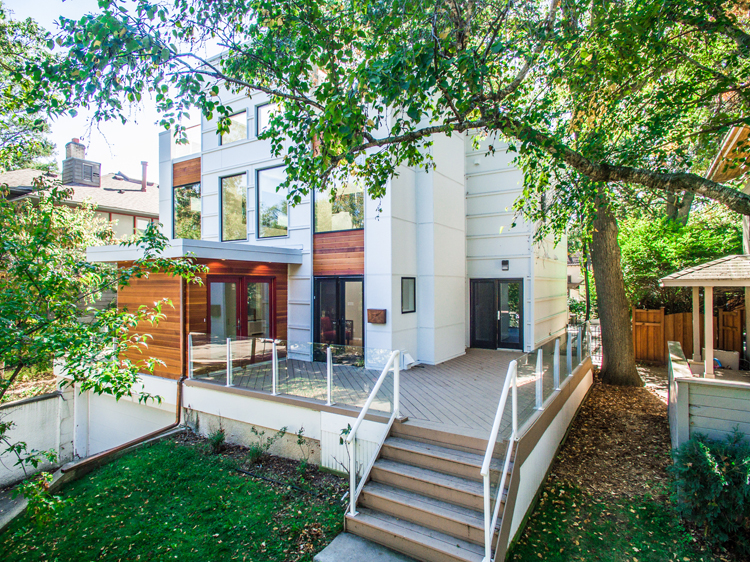 Remodelers added refinements to the main entry and windows as part of the redesign. The front doors are now differentiated with a brighter color and accented with lighting to direct people to the correct entrance. Previously, all three doors were identical which led to a lack of visual balance and confused visitors. Larger, black-frame windows add dimension and balance, and admit more light. 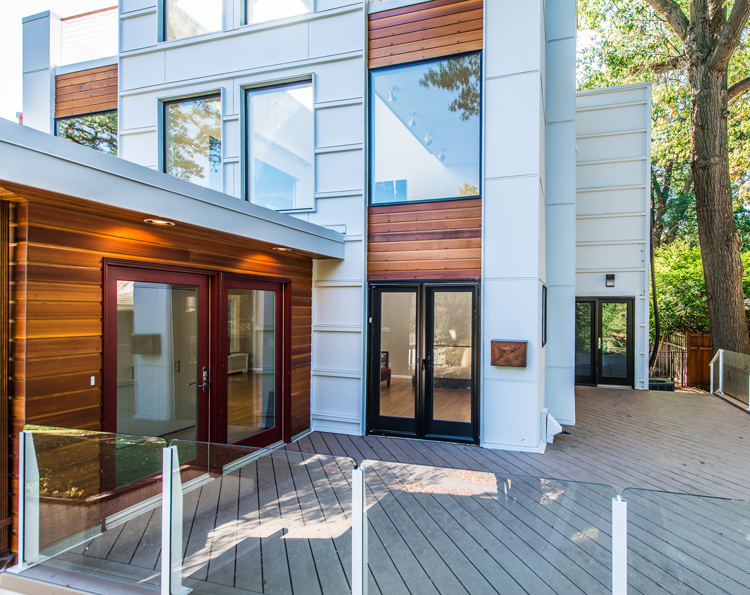 Building science was also part of the process. “This home was improperly insulated, didn’t have the right vapor barrier, and the windows were improperly installed,” says AMEK co-owner Paul Schmidt. “It was the most devastating construction defect case I’ve seen in my 20-year career.”

The majority of the damage came from humidity inside the home that entered the wall cavities. Water deteriorated the framing, insulation, and sheathing.

“There was no consideration of how to manage vapor across the board,” Schmidt says. In the end, the clients were grateful to have a healthy house featuring a spectacular new exterior.