It’s not hard to imagine the horror of returning home to find that a leak in your water system precipitated a monsoon from your living room ceiling. That exact situation kicked into gear the creation of the Flo water monitoring and shut-off 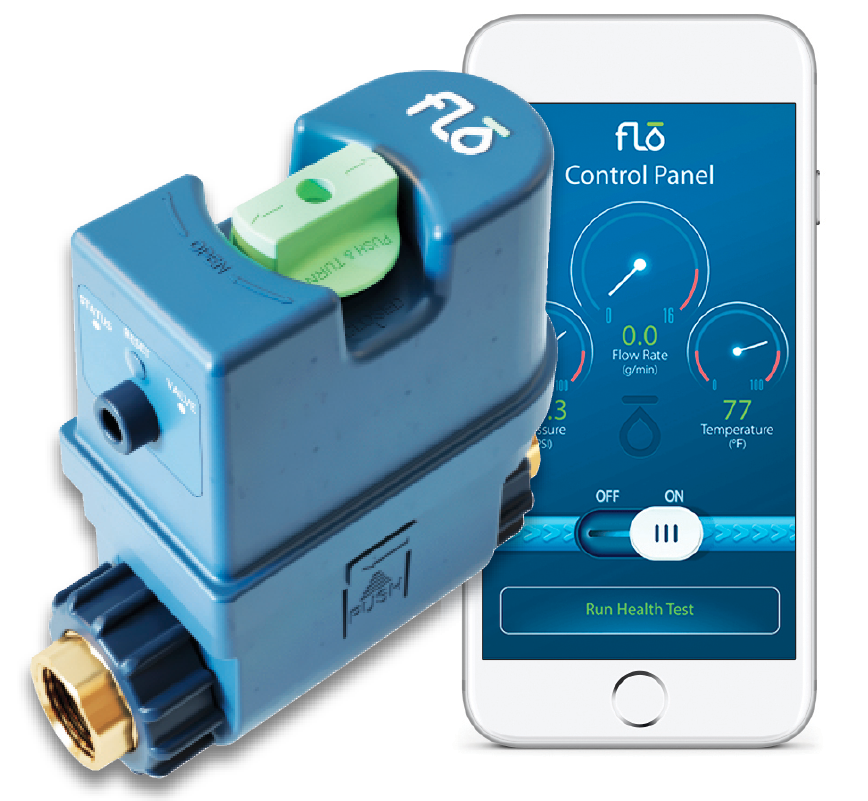 The Flo—which debuted in January—consists of one 6-inch-long device, installed on the home’s main water line. The WiFi-enabled device measures the pressure, flow and temperature of the home’s water in real time, and any problematic changes are reported to the homeowner via text, phone call or email. The homeowner can then choose a course of action, including shutting off the water entirely, with the tap of a button. If a catastrophic situation is detected and the homeowner cannot be reached, Flo will automatically shut off the water.

“It’s important to be monitoring all three indicators if we want to accomplish our goal of preventing water loss all together,” says Gabriel Halimi, co-founder of Flo Technologies.

According to Halimi, Flo can detect water leaks as small as one drop per minute, allowing for repairs to take place before the problem worsens. With 45 percent of all homeowners insurance claims in 2015 attributed to water damage, insurance companies in certain states are also offering discounts on premiums for homeowners who install Flo.

“What sets the system apart,” Halimi says, “is how Flo proactively monitors the integrity of the plumbing system, to promote maintenance of the home water system and hopefully prevent water damage claims and pipes bursting. We want it to be a no-brainer for homeowners.”