Recession, demographic shifts, and unlimited data have done a makeover on your customer. You need a new playbook to stay in the game Matt LeFaivre and his wife were recently at a mall where marketers had set up a booth advertising a free cruise. Ten years ago, LeFaivre says, he would have filled out a form. This time, it wasn’t even a consideration. Things have changed. “I thought, they just don’t get it,” says the owner of LeFaivre Construction, in Taneytown, Md. “Anyone can see that they just want your information. Gimmicks like that don’t work anymore.”

What LeFaivre sees, he says, is that the homeowners he talks with and sells his company’s projects to have changed in pretty much the same ways. He dates the start of that change to 2007, right before the start of the Great Recession. Since then, homeowners are short on time but more demanding of his; they’re skeptical about product and service claims; and they respond with scorn or indifference to anything that seems like pressure. If they haven’t seen it all, they’ve read it all—online.

The digital age gave consumers access to limitless information, and ever since 2010, more and more of them make use of it, thanks to smartphones. This has completely shifted the marketing and selling paradigm in the home improvement business. Say, for instance, you’re a homeowner looking for a contractor to build your new deck. From your seat in Starbucks, you tap on an app, thumb in some keystrokes, and in an instant you know who in your area builds decks, what products they build with, and what their past clients think about the experience.

The point of marketing and selling remains the same: Create a message, identify interested parties, convert those parties into buyers. What’s changed are the expectations and the process. “Marketing used to be about getting a unified message out to the world, and selling was the act of closing the sale,” says Dan Streeter, co-author of Old School With New Tools, a book about blending today’s technology with the tried-and-true of modern sales techniques. “Now,” Streeter says, “marketing is about the content we produce that allows people to make an informed decision.”

The implications for home improvement marketing and sales are huge. “I believe there has been a cosmic shift,” says speaker and sales and marketing consultant Tony Hoty. “In the past, everything was a giant pitch.” Today, depending on the demographic you’re addressing, that pitch can backfire. Here’s why:

1 ] Consumers often know a lot about fixing, maintaining, or improving their homes.
In the “old-school” sales and marketing days, homeowners relied on the contractor to inform them and tell them what they didn’t know. Today, homeowners have done their own research. “It’s a similar thing with doctors,” says David Alpert, president of Continuum Marketing, in Great Falls, Va., which works with design/build remodeling companies. “Patients come in and they’ve researched their disease. The doctor isn’t the only one in the room who understands what’s going on anymore.”

2 ] They’ve been to your website.
Companies used to instruct homeowners to “visit our website.” Today, if the homeowner is calling you, you can guarantee they’ve already been to your site and have read reviews of your company. And chances are good that they did all that on a smartphone. Nearly two-thirds of American adults own a smartphone, according to a recent study by the Pew Research Center, a figure that rises with education and income level. One recent UK study shows that the number of hours adults spend online has doubled during the last 10 years—to 20 hours per week, largely because of the use of mobile phones.

3 ] They’ll do the qualifying.
Conventional wisdom suggests that homeowners get three bids, that is, three contractors look at the house and each submit a proposal. But today, instead of arranging to talk with four or five contractors, says speaker, author, business consultant, and remodeling company owner Dennis Schaefer, “they’re checking out four or five contractors online; they’re just not having them come to the house.” Time now has a different value, so online reviews plus a well-maintained profile on Houzz are all that many homeowners need to figure out which contractor they want to talk with.

4 ] They don’t want to be sold.
Sales systems used by contracting companies move through a multi-step process that includes a warm-up, rapport-building, measuring, company story, product demonstration, and contract proposal—all building to the close. Today, homeowners see that close coming. All they want is for the salesperson to give them the information they need—and quickly. They want to decide on their own time, not according to the company’s marketing/sales business model. Anything that feels like pressure means the salesperson is trying to get prospects to buy something they may not need. And he’s wasting their time.

“Time is the most valuable resource,” says Brien Murphy, president of EZ Exteriors, in Pittsburgh. The prospects Murphy sees have already weeded out competitors, especially those companies with products they don’t care for or which might pressure them into an immediate sale.

5 ] Reviews give homeowners the last word.
So what if the crew never got around to bagging up the trash? Nobody’s going to say anything, right? On the contrary, there will be plenty to say, and in a forum where anyone can read it. How important are reviews? “Very, very, very, very important,” says Megan Jansky, at The Marketing Corner. In fact, she points out, research shows that 70 percent of people trust these online recommendations.

6 ] Customers, especially younger ones, often ignore call-to-action promotions.
Such promotions—Buy Four Get One Free, and so on—are meant to trigger a response, and have appeared in home improvement advertising for as long as anyone can recall. They may be effective with the 2 percent of homeowners who are actively looking for a contractor to replace, say, windows or siding, but people have figured out that companies aren’t giving anything anyway. Excellent work, professionalism, and superior customer service are a bigger draw. “When they call us,” says Matt Merrifield, president of Lakeside Exteriors, in the greater St. Louis area, “they know they want us to do their job.”

These changes in the expectations of homeowner prospects mean that whether you’re a salesperson for a company or an owner who sells his company’s work, you may need to rethink your approach to step-selling.

Find out what the prospect knows

Then: Home improvement salespeople often set out for their appointment not knowing much about the client, the house, or the neighborhood until they arrived at the home.

Big window or siding replacement companies typically held back information because they were afraid salespeople would pre-qualify prospects and either lose enthusiasm or skip the appointment. Salespeople were expected to be able to gather all the information they needed to close the sale then and there.

Now: Salespeople gather as much information as they can before visiting the home. They look at the property on Google Maps, find out when it was built and remodeled, its tax history, and what the owners are like. Not to know is to forfeit a strategic selling advantage. “I don’t think anybody should go out cold to a prospect without knowing anything about them,” Alpert says. “Our clients don’t go out to a homeowner without first spending some time on the phone with them.”

Prove you’re a great company with which to do business

Then: Fifteen years ago, one essential step in the multi-step sales process involved telling prospects the company story.

Now: Any client who has done some research already knows that story. The concept of “story” is still relevant—a passionate, consistent narrative is a more powerful sales tool than ever in its ability
to continually engage—but now the narrative needs to be centered on the prospect’s house, project, and needs.

Find out who they really are and connect to that

Then: Rapport-building often came down to looking for a few quick direction signs pointing the salesperson to where the conversation might go next. “That whole system puts the brakes on right at the door,” Merrifield says. “Not that warm-up isn’t important. But it needs to be genuine.” When the salesperson sees a golf trophy or diploma and immediately starts a conversation about it, homeowners see through that, Merrifield says. “It’s been done to them too many times.”

Now: According to Streeter, the essential catalyst in any sales transaction is still likeability. With customers often fully briefed on a company and its products, the rapport piece, he points out, consists of “finding out how much the customer knows first, and how much information he or she needs to make this decision,” not trying to connect by commenting on the homeowner’s trophies.

Explain how the product corresponds to the prospect’s needs

Then: Providing details about a product’s features and benefits was a key part of the home improvement sales presentation.

Now: That information is already available to anyone who looks for it. So the new selling identifies the desired outcome and focuses on asking the right questions to tailor the rest of the presentation to the prospect’s wants and needs. For instance, the homeowner may have read up on how roofing systems work and decided on a certain manufacturer’s shingle. If you don’t regularly install that shingle, do you argue, instead, for the benefits of the shingle you usually install? “In today’s market, products and projects are commodities,” Schaefer says. “You’re no longer peddling a product. Your product is you, and how you do the installation.”

Then: You’re not selling the job, you’re selling the feeling that the prospect likes and trusts you. This isn’t a new idea, in fact it’s an old sales mantra.

Now: What’s new is that the salesperson needs to communicate a company owner’s level of professionalism and authenticity. The hundred parts and pieces that go into making a great first impression—arriving on time, wearing ID, being enthused and energetic—have never been more important. Build from there by supplying prospects with the information that helps them make a decision—that makes you, the salesperson, as much of a brand as the company you work for. “Becoming referred is a matter of branding yourself, as opposed to letting the company do it for you,” Hoty points out.

Exovations, an Atlanta roofing, siding, and window company with an on-staff architect who specializes in full exteriors, promotes the identities and personalities of individual salespeople on its website. “People sometimes call and ask for Joy or Terry,” owner Roone Unger says. “Because they’ve read reviews where customers talk positively about them.”

Then: Many home improvement salespeople took pride in the number of closes they memorized. If one close failed, they defaulted to the next.

Now: You still need to ask for the business—that hasn’t changed—but, Streeter says, you now need to ask for it in a different way. “It’s not: If we do this, or because we are this, can we close?” he says. “It’s: Now that you have this information, what other information do you need?” In other words, are you ready to move forward? Would now be the time? 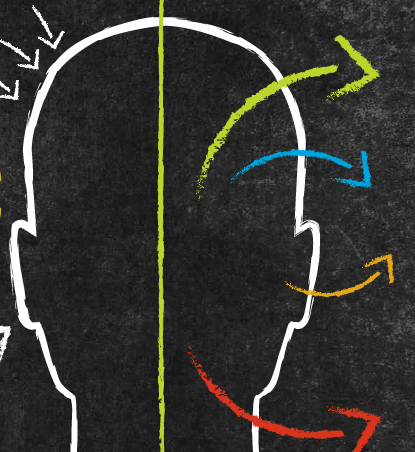 More articles from this feature story that explore the new rules: