Flying High: Drones on the Jobsite

A drone improves efficiency and accuracy both on site and in the office. As a landscape designer in the new design-build department at System Pavers, one of Garrett Winkler’s duties is to take the field measurements needed to create the luxury hardscapes and backyard remodels for which the West Coast-based outdoor living company is known. Ordinarily Winkler spends three or four hours on a site using tape measures, string lines, and smart levels to locate the existing house and map the surrounding topography. But for the last six weeks, he’s been spending one additional hour doing it all over again from 150 feet in the air. Winkler’s feet never leave the ground, of course, because the aerial work is done by the company’s new drone, the DJI Phantom 3 Professional.

Winkler is still refining his jobsite routine—at the time of writing this article, he’d been working with the drone for just six weeks—but he always begins by making sure it’s communicating with any of the dozen or so GPS satellites monitoring the area. This serves to geo-locate all of the data the drone will collect, and also enables it to automatically return “home” if it senses its battery is running low. In addition, Winkler can enter an exact benchmark elevation, if it’s known, which will improve the accuracy of the topographical data.

Drone battery life is 15 to 20 minutes, depending on altitude and wind, so Winkler tries to keep flights under 10 minutes to ensure uninterrupted data capture. During the drone’s first flight over the site, Winkler records video from several different angles to capture points of interest that will help to visually orient designers back in the office. After landing the drone and swapping out the battery for a fresh one, he puts it back into the air for a second flight, during which he uses the drone’s built-in 12-megapixel camera to take high-resolution aerial photos of the house and the surrounding landscape. 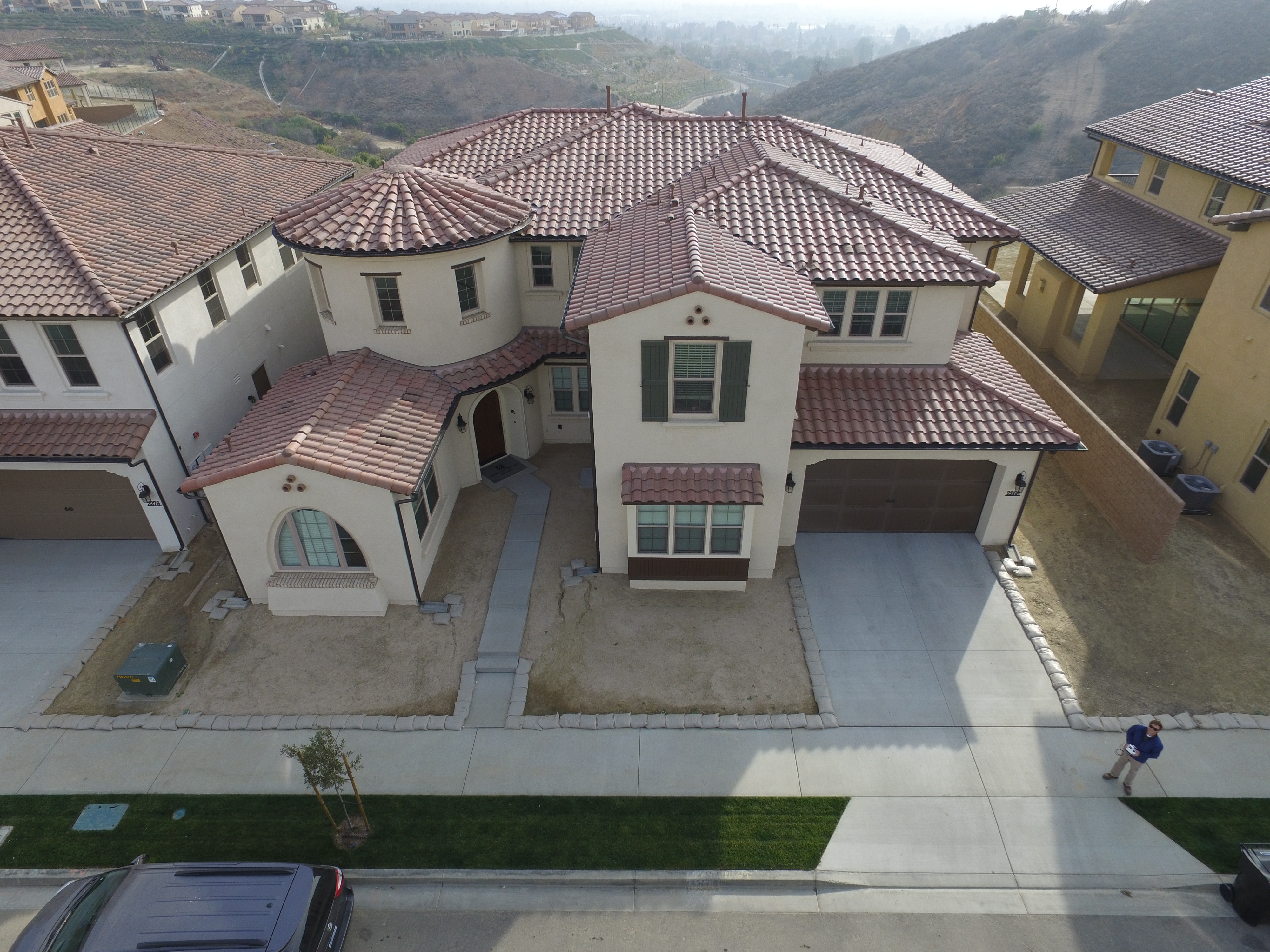 He begins with “hero” shots [1A, 1B] that will later be used in a “before and after” presentation to the client. He spends the rest of the flight taking a series of “overlapping” shots from the same altitude that will be “stitched” together back at the office by Pix4D drone-based mapping software [2A, 2B]. The resulting digital record makes it possible to render a variety of highly detailed “views” into the property. 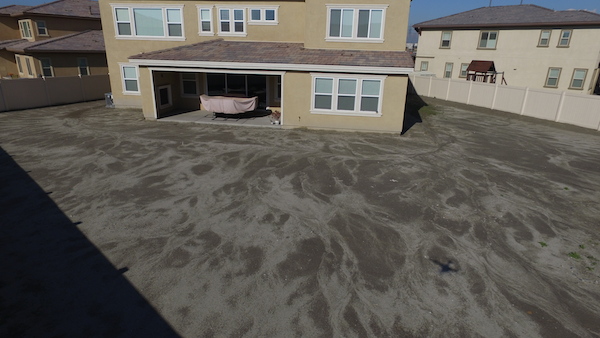 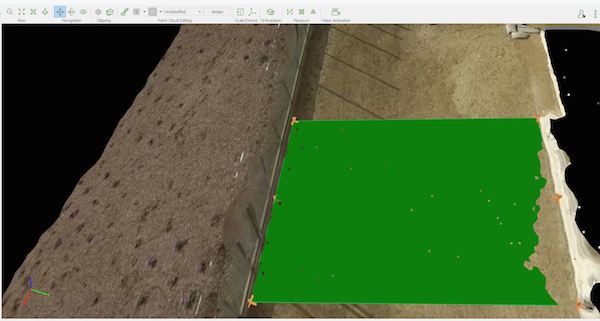 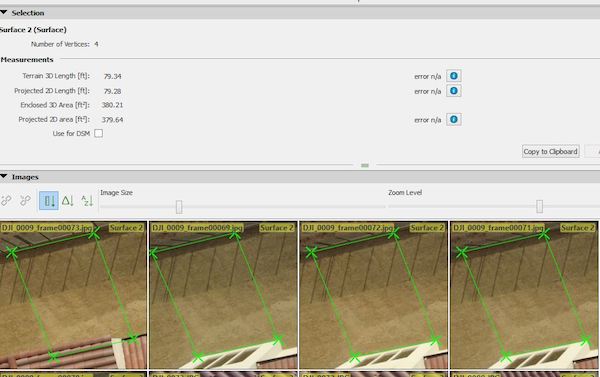 Winkler is still learning how what he does with the drone on the site affects the Pix4D software. For example, he’s discovered that flying on different days or at different times of day or at different altitudes will interfere with the photogrammetry, as will flying in fog or over heavy foliage. All of these can confuse the software and cause portions of the images to “drop out” [3, below]. And if it rains, it’s game over, as rain will knock the drone out of the sky.

Overall, though, Winkler has become a believer. “On a typical quarter-acre site, we spend three or four hours taking traditional measurements,” Winkler explains. “With the drone, we can measure the entire site in one hour."

Because the team is still learning the features of both the drone and the Pix4D software, they are double-checking everything. Winkler’s manual measurements are combined with drone-based data to produce a “base sheet” in AutoCAD that company landscape architect, Janine McCormack, uses to work up a design. The Pix4D topographical data is then exported to SketchUp, where it’s developed into a 3-D model that forms the basis of the presentation rendering to the client [4].

A drone flyover records video and “hero” images [1A, 1B] that orient designers and provide “before” photos for client presentations. A second series of overlapping images is later stitched together by the Pix4D drone software [2A, 2B] to provided topographical detail. Continuity in the software model [3] depends on the number of data points captured, plus the amount of interference from fog or foliage, which can cause “holes” in the rendering. Images: courtesy System Pavers

System Pavers’ CEO, Larry Green, decided to invest in the drone system after seeing a demonstration at the office of a friend whose engineering firm was using a similar setup to save time taking measurements and producing drawings on large commercial sites. “Our ultimate goal is to be able to use the drone to get all of the measurements and automatically build a 3-D model of both the house and the surrounding landscape,” Green says.

Eventually, Green would like to be able to give his clients a 3-D headset and walk them through a model of a design for their property while they’re in the showroom. “That’s a ways off,” he says, “but the virtual reality world is really happening.” 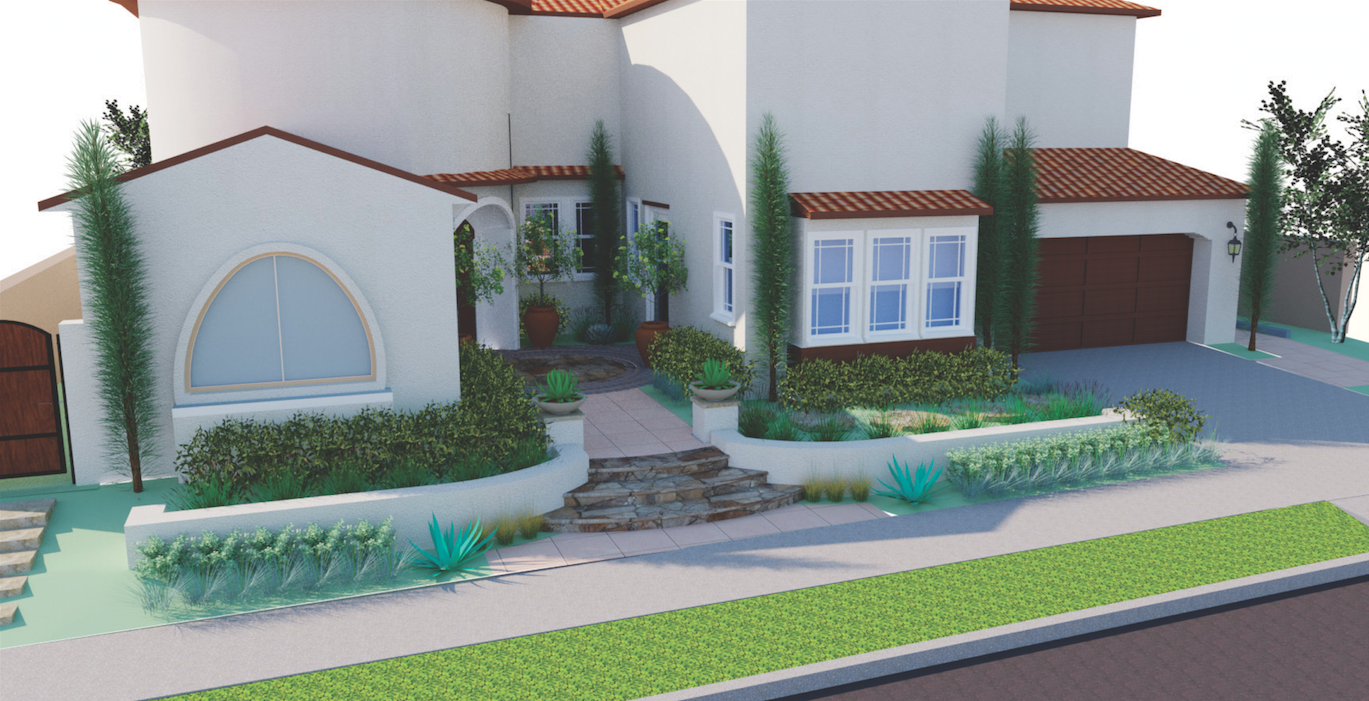