The Art of the Partial Back in 2011, real estate agent Donna Harris noted in her blog that she had read that “the average home has eight windows.” Skeptical, she threw the question out to Facebook in an attempt to find a more realistic average. “The unscientific average I came up with,” Harris wrote, “was 20.26 windows.” Harris pointed out that “to replace 20 windows at $300 a pop, we’re now talking a little more than chump change.”

A $25,000 or $30,000 window replacement job no longer comes with bragging rights. But many window companies still post an average sale of less than $10,000. The reason? Partials. 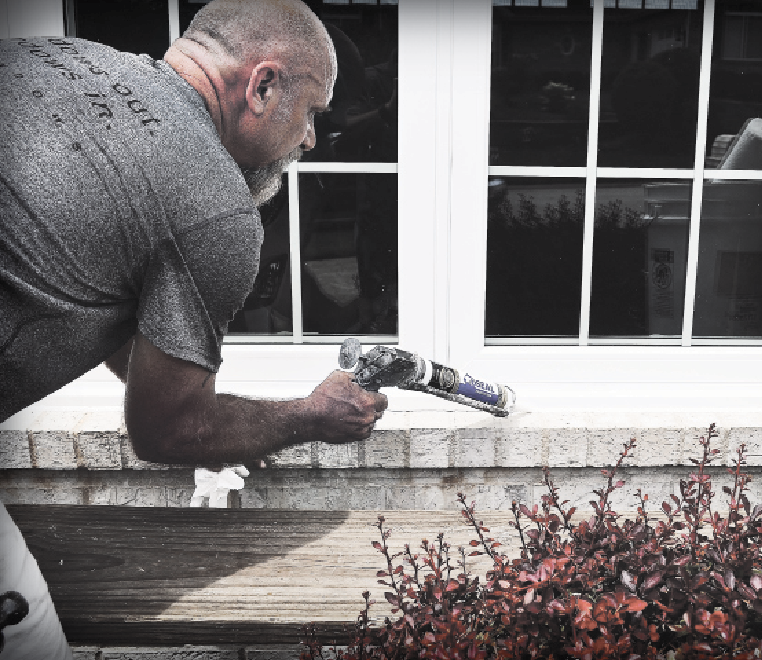 Partials, of course, mean that the company replaces some, rather than all, of the windows in a particular house. It’s what makes window replacement different. You can’t remodel half a kitchen, but windows aren’t an either/or proposition. Job scope is infinitely flexible, which, in the recession, proved to be a saving grace to many a window company.

“It kind of started in 2008, when the economy went down,” says John Gorman, president of Save Energy Company, a window and door business in Petaluma, Calif. “We said we’ll do one or two windows, wow them, and they’ll come back for more.” It worked.

Go for the Gusto?

Today in many markets the window replacement business is booming. The last two years have been the busiest in Save Energy Company’s history. If there’s a downside, it’s that subcontractor installation crews are in short supply everywhere, making it tough for a company to find a crew that will take a one- or two-unit window job. Sending a company crew out for a one- or two-window order is a losing proposition. That’s why many companies have a minimum order or attach a surcharge to cover labor costs.

Still, partials prevail. That’s the way many homeowners prefer to buy, although not all window replacement contractors think it’s the most efficient way. “As a homeowner, it would bug me to do only half the house,” says Dan Schweihs, owner of Window Universe.

His guess is that partials happen with less than 10 percent of customers. But Schweihs also says he doesn’t lose sleep over whether he could’ve sold more windows to a customer—the priority is customer satisfaction.

Gorman thinks the homeowner is better served by replacing every window. Reps, he says, “should always go for the whole order.” You sell the whole house by “showing the homeowner the benefit of not having to go through it again later.”

Vaughn McCourt, an industry consultant who once managed one of the largest window companies on the West Coast, says there are two main reasons for partials. The first is that while the prospect loves the windows and the salesperson, “they simply can’t afford to put new windows in the whole house.” Even financing can’t overcome that hurdle, since many homeowners prefer to pay cash and/or may not be eligible for a large unsecured loan. The second reason is “a weak salesperson,” afraid to ask for a large order.

Tony Hoty, an industry consultant and owner of Window Depot Cleveland, agrees. “Start with what’s in dire need and work from there,” he says. “Measure and inspect, so you know what you’re up against.” If some windows are in good shape and you’re pushing to replace everything, you lose trust … and probably the business.

You can't remodel half a kitchen, but windows aren't an either/or proposition. Job scope is infinitely flexible, which in the recession, proved to be a saving grace.

Some homeowners buy a partial as a way to test drive both the windows and the company, says Scott Barr, owner of Southwest Exteriors, in San Antonio. “Ideally,” he says, “they want to do the whole house, but they’ll do one room and see how it goes.”

Staying in Touch: The Fine Line

Partials create a special class of previous customers—people who know the product, the company, the salesperson. But time passes, and it’s easy to forget. Or at least it was—recent software enhancements make follow-up simple. Ask the homeowner when they might want to do the rest of the windows. Plug that in, then get in touch when the system reminds you it’s time.

At Southwest Exteriors it’s up to the design consultants—who sell the job—to follow up with homeowners who buy a partial. “They need to lock that in,” Barr says. “Ask clients: ‘When will you be ready for the next phase?’ Come up with a plan to do the rest, put it on your calendar and follow up.”

Rahn says companies that take an all or nothing approach are misguided. “If they can only afford six, why not get six now and then the other six in the second quarter of next year?” he says. “Normalize that process. Say thanks for the business and do a great job, and they’ll never call anyone else.”

Partisls are all about what you can afford now. And in some of my remidels, they’re tied to interior and exterior changes rhat also sffect the project cost. Trim or siding changes outside and trim and other finish work like painting a room can add $$$ that an owner will only go so far on. It’s not as simple as saying “replace the windows”.