From Non-Functional to Functional: A Kitchen and Laundry Remodeling Project

Sebring Services has done it again! Sebring worked with a client who purchased a beautiful home in the suburbs of Chicago. After purchasing a home in the location of their dreams, the clients had the task of remodeling the old and out dated aesthetics of the kitchen and laundry room. Functionality was most certainly needed to fit this family’s needs and wants. 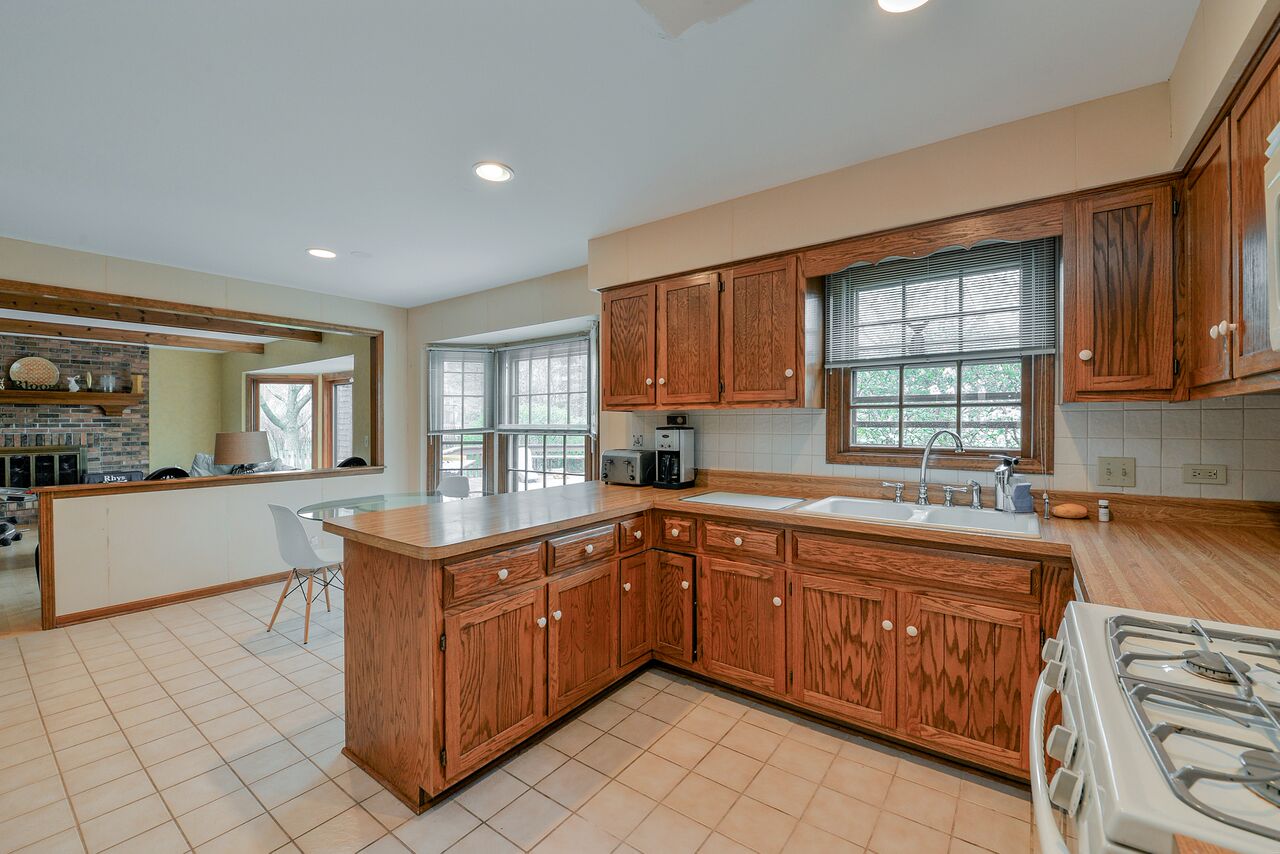 Kitchen before the renovation.

When the project began, the couple wanted to first address the lack of room when entering the house from the garage.  The walk-way entering the home was described as “not even enough room to carry groceries from the car”! To add space, part of the laundry room was removed to widen the hallway into a more welcoming mudroom.

For the kitchen, the main goal was to reconfigure the design to make it more light, bright and airy.  The homeowners wanted an open concept and desired to remove the half wall separating the family room from the kitchen, in addition to moving other walls around the kitchen.  Sebring completed the desired demolition as well as removed the peninsula. The once "U" shaped kitchen was transformed into an "L" shape with an island.  The original built-in desk space was replaced with the refrigerator and the butler’s pantry was added. 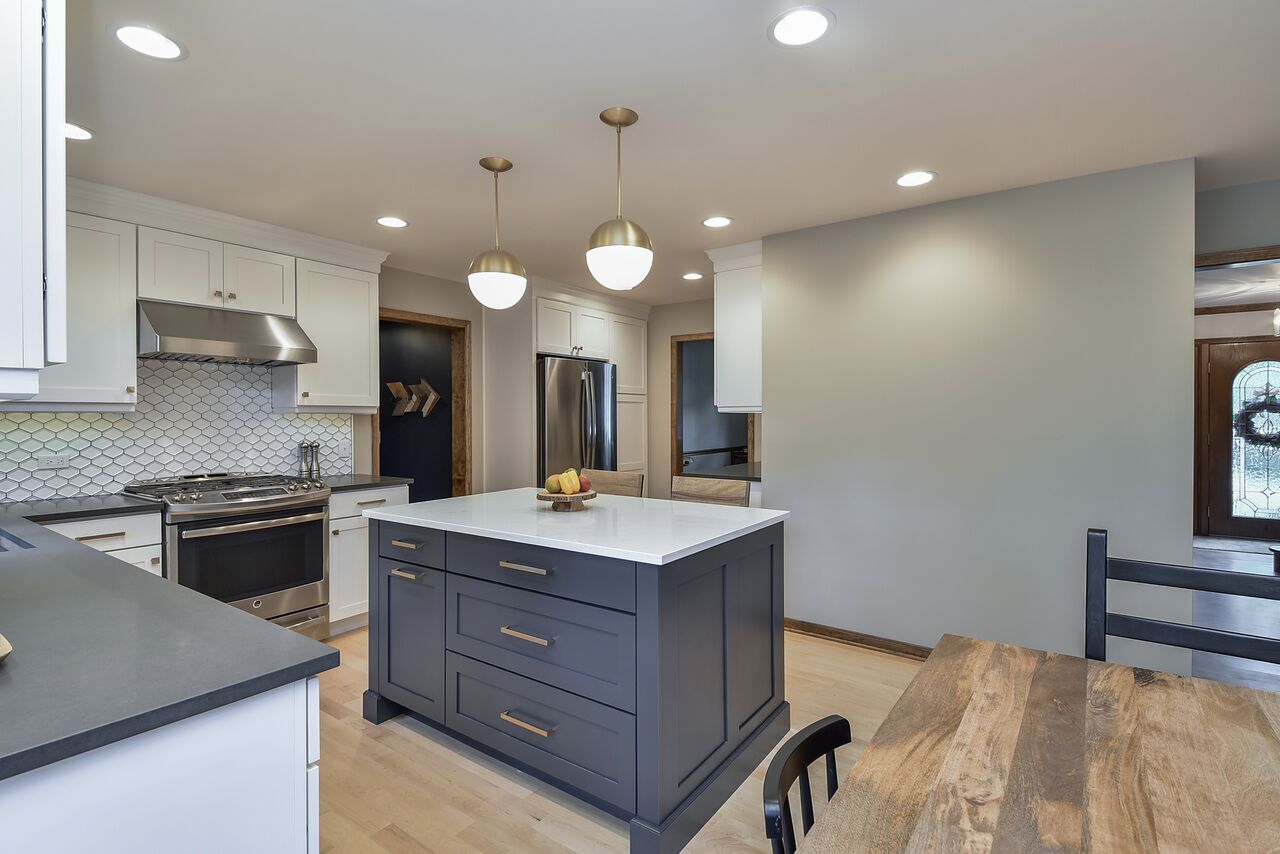 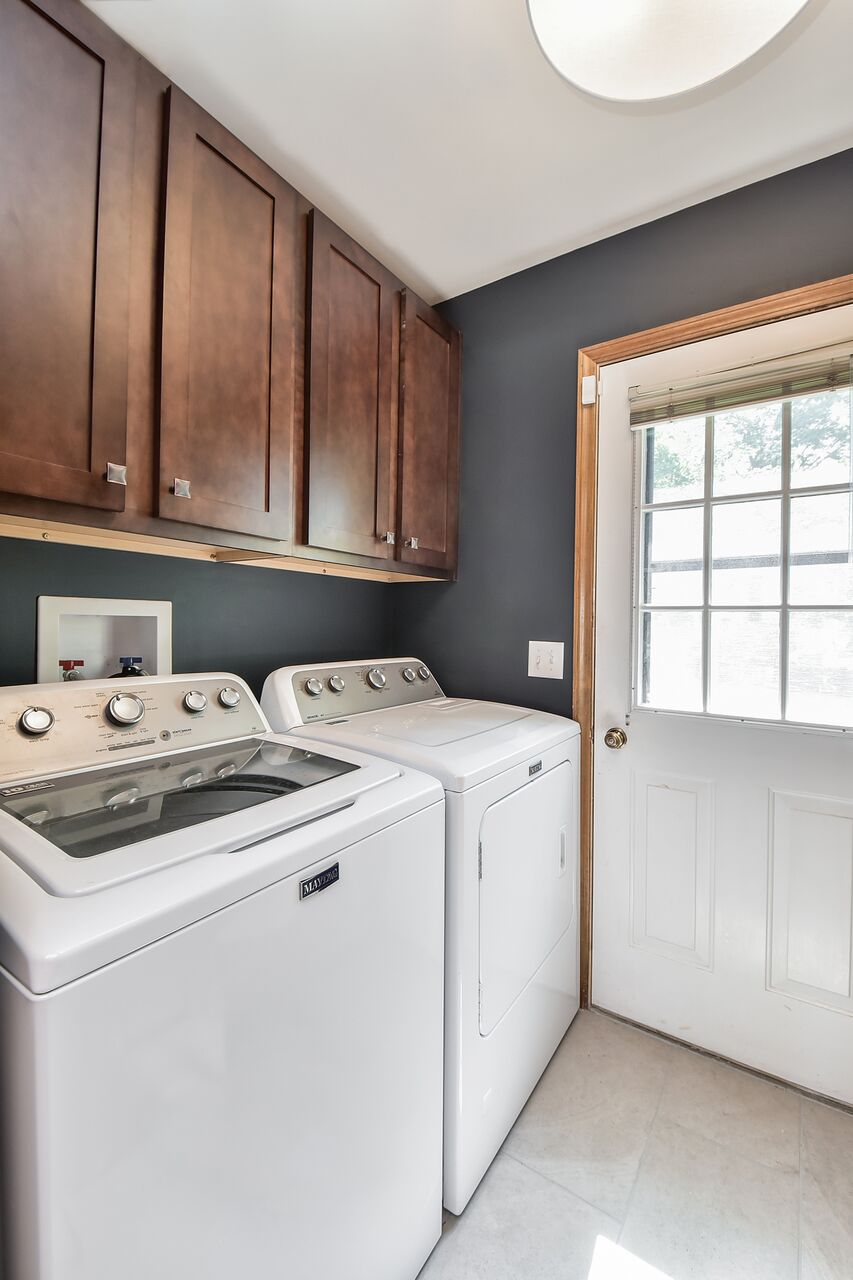 The kitchen soffits were removed to lighten up the space and give additional cabinetry storage.  The homeowner’s original cabinets had broken hinges as well as broken drawer glides and the new cabinetry options they chose had soft close hinges and full extension slow close drawer glides for a functional and high-end feel.

The wall & base cabinets’ width sizes were increased to facilitate a more usable space.  A dedicated wastebasket cabinet was included for garbage and recycling as well as many cabinets for pots & pans were added to maximize the space.

This client’s goal was to marry a variety of styles including classic, transitional, and mid-century modern. This look was achieved mostly by the beautiful cabinetry from Wellborn Cabinet Inc. Wellborn offers many product lines and this kitchen featured Wellborn’s Select Series.  A slab drawer front was the base design. The drawer front was painted in the Glacier finish and included a transitional Hancock recessed MDF door style on the outer edge of the kitchen.  It was matched with a dramatic contrasting Bleu painted finish island (available in Wellborn’s Premier Series) the island included a Hanover Maple door and a CDFL (classic large drawer front option).  Traditional moldings were added at the top for a built-in style and classic detailing.  The homeowners chose stainless steel appliances with unique midcentury modern looking pendant lighting over the island. 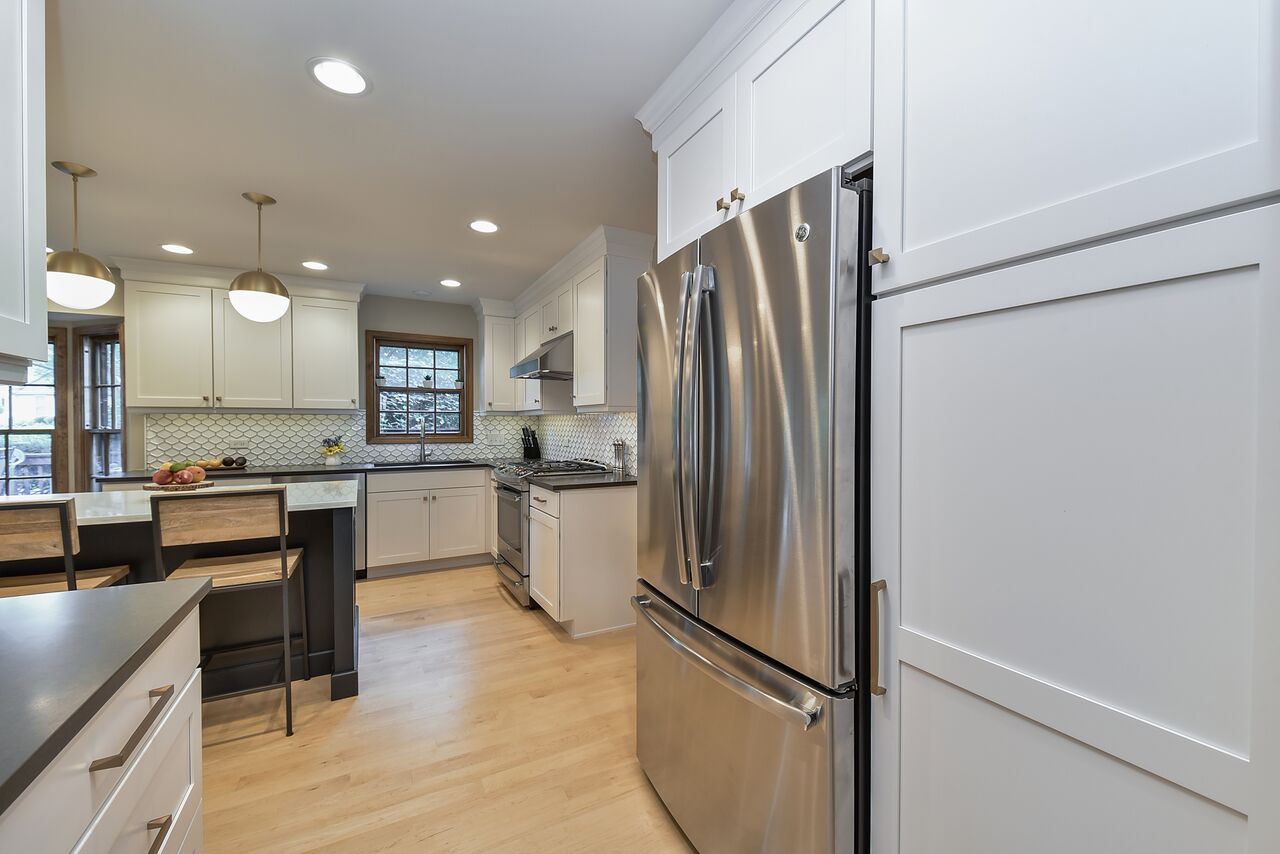 Overall, the kitchen and laundry room renovations turned out beautiful! The updated kitchen style with a functional layout and fantastic finishes really came together. The clients were more than pleased with the outcome! 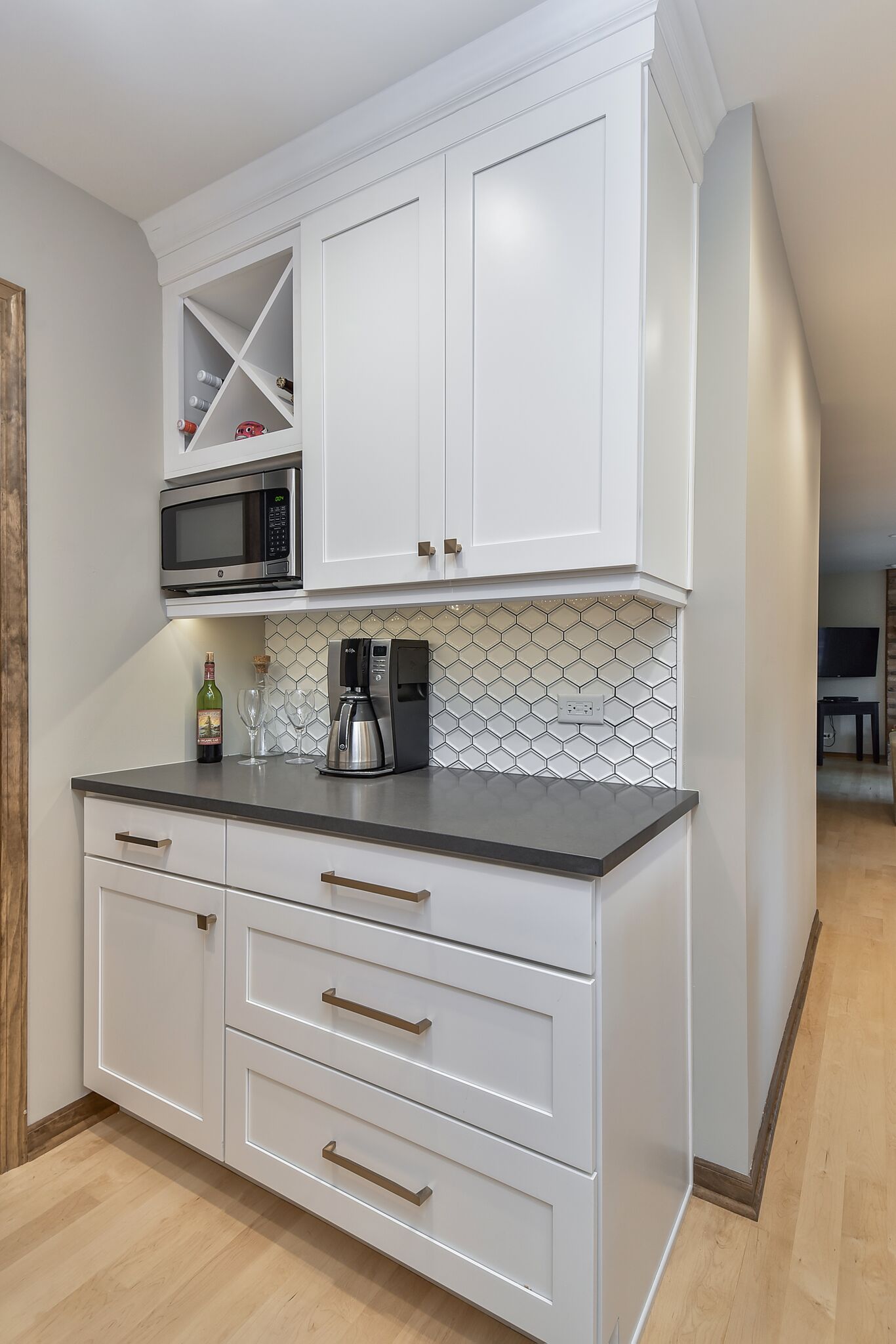 For more information about Wellborn Cabinet, Inc. and their offerings, visit Wellborn.com.

After purchasing a home in the location of their dreams, the clients had the task of remodeling the old and out dated aesthetics of the kitchen and laundry room.

Solar Power By the Numbers