Let There Be Light

In a nutshell: The homeowners wanted a large outdoor living area that would seamlessly blend with their family room.

Challenges: To open up the area, a 20-foot Nanawall was selected to replace the one narrow door that was the only access to the backyard. While the installation was a huge design success, it also ended up being a complicated framing job, adding 4 feet to the room and resulting in a reconfiguration of the fireplace area.

Solutions: Supporting the Nanawall involved four beams—one steel and three glulam. “It was very difficult,” says President Tod Sakai. “There’s a new beam that runs toward the Nanawall and holds up some of the second floor. That beam had to hang off another that went across the Nanawall.” 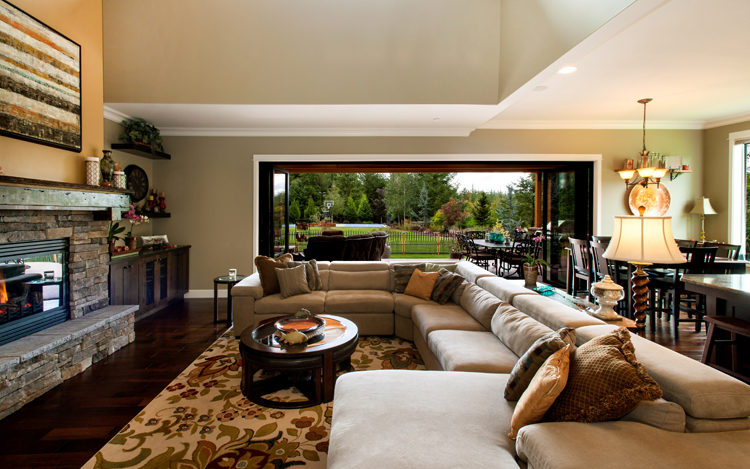 In the end, portions of the ceiling were altered. Yet, rather than think of it as a limitation, the Sockeye team used the room’s new profile as an opportunity to create a visually pleasing structure for the sitting area. “We wanted it to look like it was always meant to be that way,” Sakai says. Traditional wooden built-ins complete the look and serve as one more visual tie to the exterior’s design.

Outdoors, the decking is from Azek Building Products, while the structure is made of Douglas fir. The naturally stained wood was selected to blend in with the Pacific Northwest environment. Black powder-coated brackets complete the rustic look, echoing the dark Nanawall frame and the vent for the meat smoker. 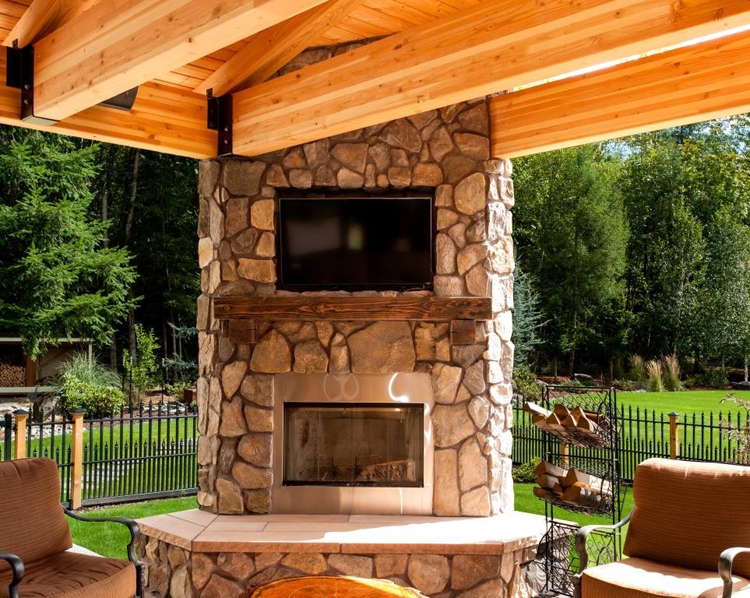 The wet Washington climate means that a full roof is crucial in any outdoor setting, but skylights were added so that the homeowners can enjoy a little extra light when using the space during rainy weather.