Lessons From the Fire Remodeler Robert Criner, founder and president of Criner Remodeling, in Newport News, Va., in the living room of the home he rebuilt after a devestating fire.

By the time I got home there were at least a dozen emergency vehicles parked on my block. Flames were shooting out of the windows and my wife, Aggie, was standing on the street. It was surreal.

The fire started from a treadmill. Aggie had been running and turned it off when she was done. A little while later she smelled something, went back into the room, and the machine was in flames. She tried to put out the fire, but it was too strong.

When we were finally allowed back in, the place was unrecognizable. With no power, you needed a flashlight, even in broad daylight, and there was so much black soot that every step we took left a footprint. The smell of smoke was terrible. All of your life’s history is thrown on the floor with soot all over it. Everything we owned was ruined. We didn’t even have a toothbrush.

We called the insurance company right away and they sent over a rep to start the process. We bought a few things, went to a hotel, and our journey began.

Our first task was to go into the house wearing gas masks and to document every item that we’d lost, for insurance purposes. There were more than 1,600 entries on the list and each one required a price and the age of the item. It was an enormous job, especially for people who had just lost their home and everything they owned. I don’t think remodelers have an understanding of how emotionally draining this is for a homeowner. I know I didn’t. You’ve suffered a huge loss, are completely overwhelmed, and now you’re being fed information through a fire hose. We’re still affected by it.

The Luxury of Time

We are blessed to be in a financial position that allowed us to make decisions for the long term. Many homeowners live paycheck to paycheck and often feel forced to take the first offer from their insurance company.

The number we were initially given was large, but I knew it wasn’t right. I didn’t accept it.

Before the fire, I only had a basic understanding of the damage that’s possible. Examining my house over time, I realized that the destruction was more extensive than I had thought, and I ended up educating the adjuster on what was needed. There was soot in tiny nooks and crannies you would never expect. For example, it permeated the cabinets and they had to be replaced. Heat broke the seals on many of the windows. 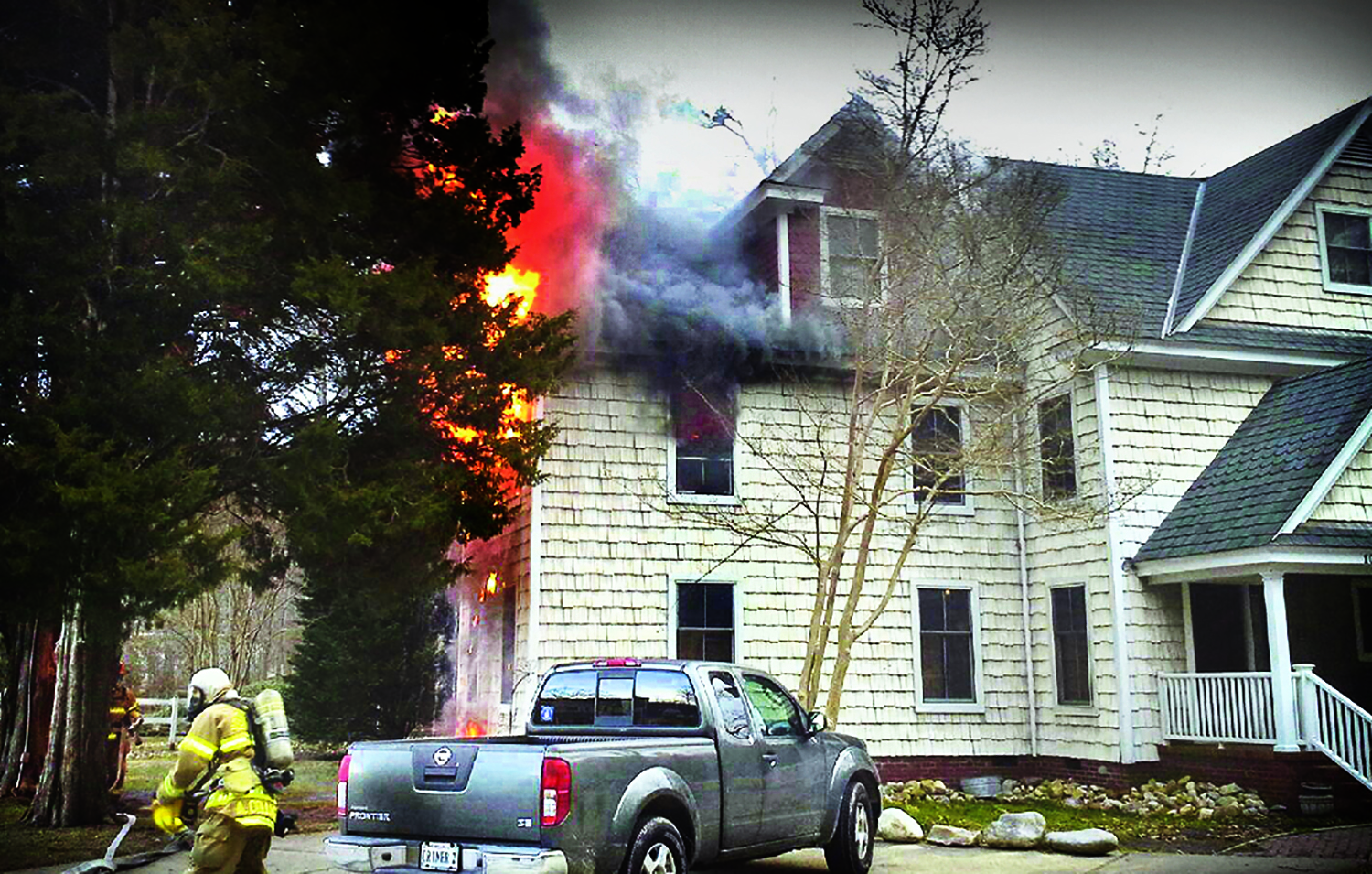 Responding to an urgent call from his wife, Robert Criner rushed home from his office to see their family home in flames. After the fiery devestation, the Criners rebuilt.

Originally, the insurance company wanted to leave the drywall in place on the first floor and I had to show why that wouldn’t work. Water had soaked the studs and insulation, and with no ventilation, they were slow to dry, causing moisture to diffuse through the drywall and bubble the paint.

Smoke also got into the insulation through the can lights, and I knew it would always smell. The appliances were replaced as well. The insurance company had wanted to leave them, but I brought in an expert who said that the electrical components were damaged and wouldn’t last as long. In the end, we left nothing but the framing, sheathing, and part of the roof.

Originally, I didn’t want Criner Remodeling to take on this job because I knew I’d lose money if I was the contractor. With insurance work, the estimate is based on 10 percent profit and 10 percent overhead. Insurance companies will suggest contractors they’re familiar with, and even though you’re free to hire your own, you’ll get beat up on price. But in the end, I decided to use Criner Remodeling because I knew I could get the home constructed the way I wanted. 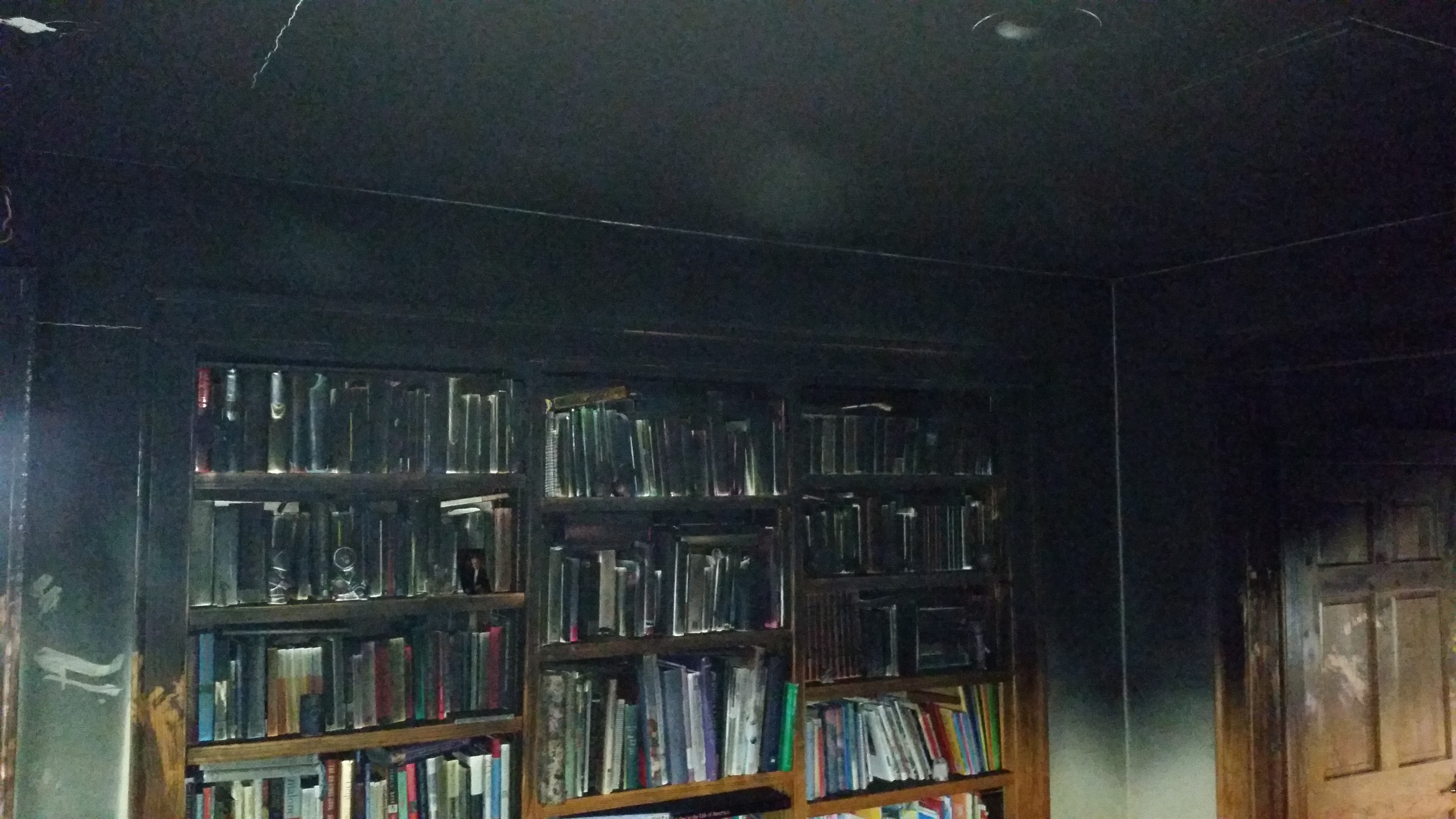 Examining his house after the fire, Criner says he realized the destruction was more extensive than he'd thought, and he ended up educating the adjuster on what was needed. Soot permeated every nook and cranny.

I’d bought the house in 1985 and rebuilt it around that time. I built it right. I kept harping on the quality of the work and, as a result, it wasn’t an easy house to take apart. I wanted the new home to reflect that same level of craftsmanship. As far as the insurance company was concerned, as long as I had documentation and could prove why I needed to do something a certain way, they were willing to adjust the estimate. The company was firm, and a little hard to deal with, but ultimately fair.

From the date of the fire to the date we moved back in, it was nearly two years. I’ve been in the remodeling industry for decades and consider myself brighter than most when it comes to houses, but there is no way to prepare for this. It was completely overwhelming. 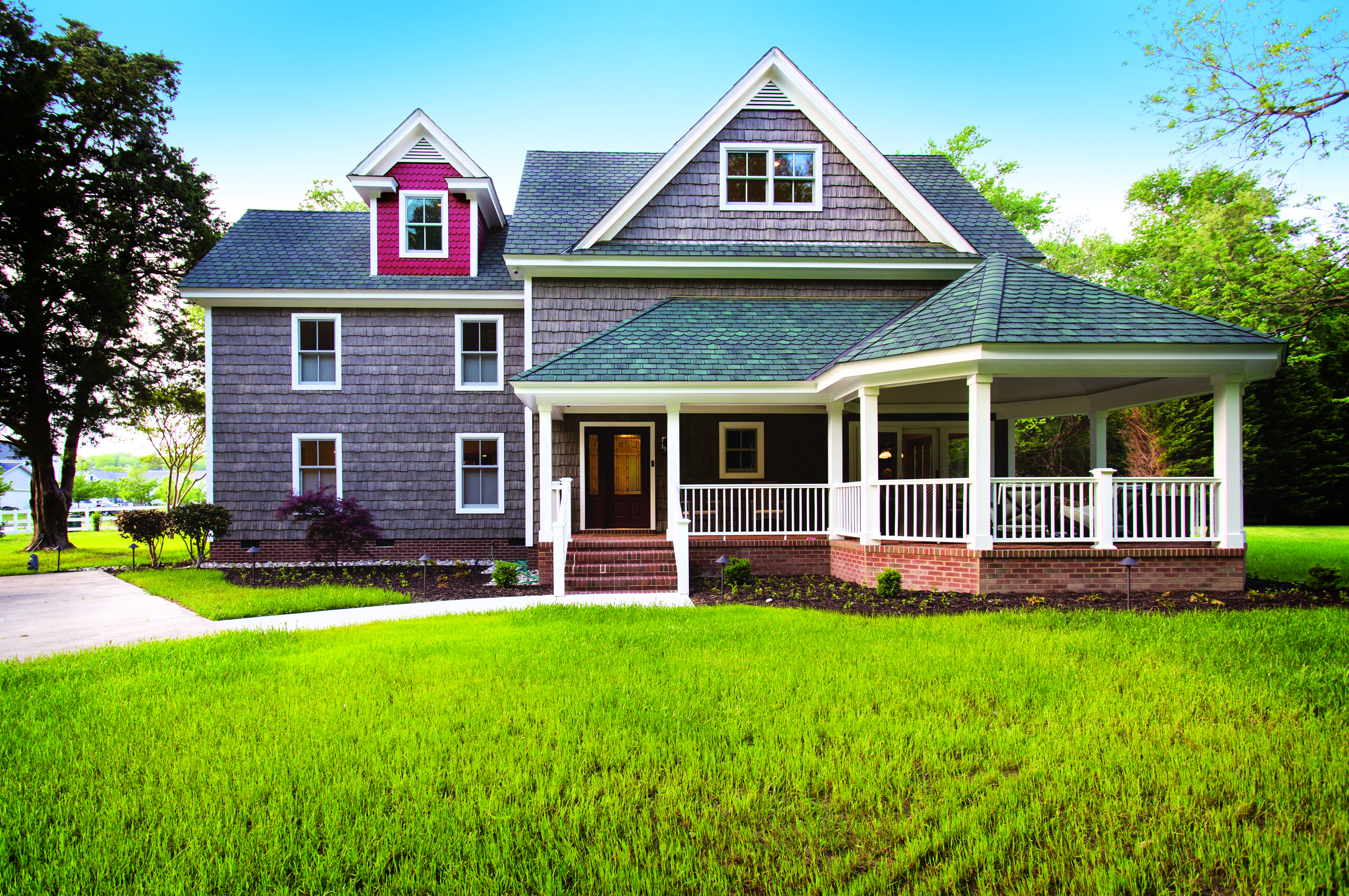 As a fire restoration contractor it is nice to hear a testimonial from another experienced professional that confirms our experiences. Fire restoration is difficult in many ways and takes longer due to the additional challenges.

My hat is off to anyone who does fire restoration well and profitable. It is far more problematic and time-consuming than the standard kitchen and bath remodeling.

Mr. Criner, you sound like a very nice and fair man. I am glad to hear you were able to restore your home. I would like to point out that having means allowed you to wait out the insurance company and ultimately convince them to increase scope of work and budget. Having construction knowledge is a huge asset when dealing with insurance adjusters.
Most people however are not so fortunate to have means and time with building knowledge. Most people need assistance dealing with insurance companies who are driven to keep claims low on scope and budget.
I recommend that homeowners never go it alone and hire a trained contractor familiar with the challenges you were able to handle due to your knowledge. Homeowner's can choose insurance restoration contractors as well. Or they can hire a reputable Public Adjuster.
As far as the 10% overhead is concerned there is no legal professional contractor in the United States who can on only 10% overhead. Contractors must increase unit costs of goods sold before 10 and 10 is applied if they want to cover all costs and make a fair net profit.
The insurance companies use confusing and inaccurate tactics with the intent to hide or leave out many items that you knew to question.
Glad things worked out for you in the end.
Thanks for sharing.

Mark, you are so right. They perpetuate this sense that a contractor’s overhead is very low (10%), when everyone in the business knows you can’t survive on that. That also assume you will end up with a 10% net profit, Oh how I wish that were true.

Insurance companies are in the business of making money. They take in money in the form of premiums, and then dispense as little as possible ( settle your claim).
I had a situation a few years back involving a claim on my house. I met with the adjusters to determine scope of project and the insurance company's parameters. My needs required a lot of debris clean up as part of the work. They told me that they would pay "minimum wage" for this service. With that info in hand I went out and hired a team of Minimum wage day jobbers for my work. I keep copious notes on work, time and cost. When I presented my invoice for the work, and its backup, it included a charge of $15.00+/- per hour, per worker. The insurance company denied the claim, saying $15.00/hour is not minimum wage. I countered there claim with, a minimum wage person form the day worker pool( Rent a Body labor sources. We resolved the issue by the insurance company agreeing on the amount of my invoice , and adjusted the hours of work multiplied by the hourly wage at the time ( $5-6.00/ hour), to make the numbers work.
Be careful when you deal with any type of claim since the insurance company has the upper hand. Remember what I said before, insurance companies are in the business to make money, nothing more.